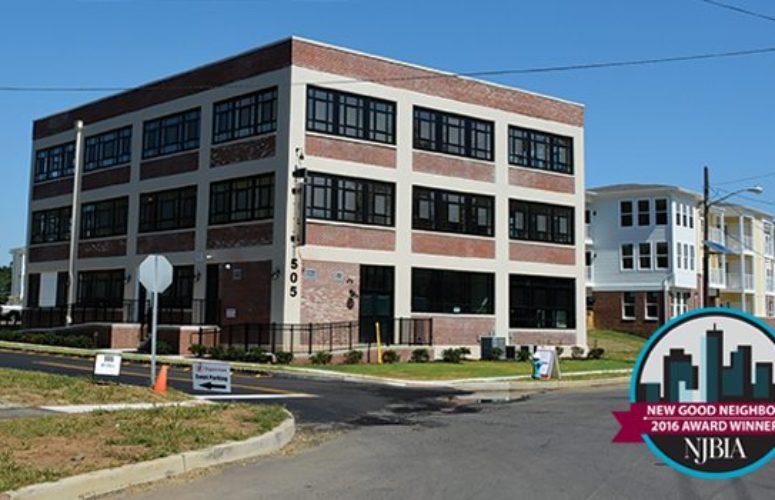 No Run of the Mill Residences

Apartments at The Mill

The Apartments at The Mill is a 65-unit affordable housing community in the magnificently restored Raffino Knitting Corporation mill. The $15.7-million community, developed specifically to serve low- to moderate-income households in the City of Burlington, includes two- and three-bedroom rentals in five newly constructed multi-family buildings and one-bedroom units.

Prior to this development, the 14,000-square-foot mill had become an eyesore. It was situated on three acres of waterfront land along Mitchell Avenue and visible from major roadways, which served as a painful reminder of the scars left on the city’s urban landscape due to decades of industrial disinvestment. Ingerman Construction Company was brought in to re-imagine the site in a way that respects the past while accommodating the city’s growing need for quality housing brought about by Burlington’s on-going renaissance. The mill now provides special needs resident housing and serves as a community center.

To facilitate this development, Ingerman received affordable housing tax credits issued through the New Jersey Housing and Mortgage Finance Agency (NJHMFA), an affiliate of the New Jersey Department of Community Affairs (DCA), as well as a Burlington County HOME award and Federal Home Loan Bank of New York financing. From a land-use perspective, Ingerman worked with the City of Burlington to create a zoning and redevelopment plan that would benefit both the development and the community at large. Ingerman also partnered with the city and the Burlington County Department of Human Services and Housing divisions to help place individuals with various needs in suitable housing in the community.

Developers broke ground in Spring 2014; the Apartments at The Mill was completed and fully occupied in December 2015.