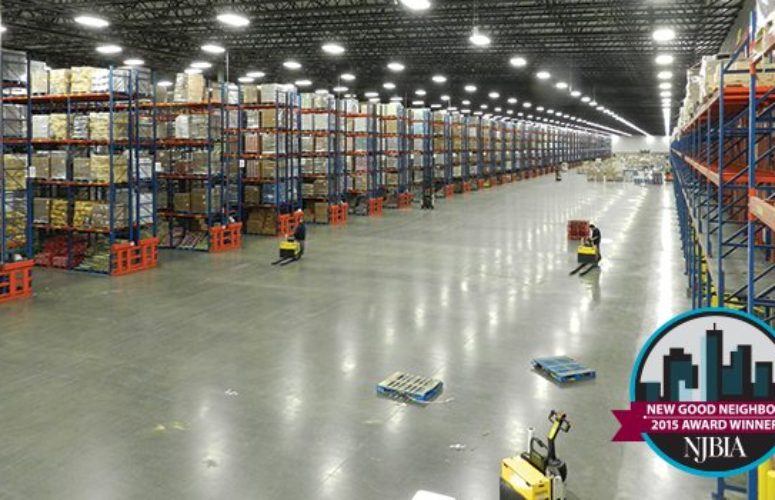 Wakefern Food Corp., the cooperative for owners of ShopRite supermarkets, had been a corporate fixture in the City of Elizabeth for more than 50 years when it began entertaining thoughts of vacating its outdated site, leaving the city and possibly the state. Fortunately, that didn’t occur, and Wakefern now has a new 524,000-square-foot, state-of-the-art warehouse and distribution facility in Elizabeth.

The project could not have been realized without extensive support from the community, county and state. To move the project along, the City of Elizabeth and Union County held special meetings to hear requests for some of the needed government approvals. The non-profit Elizabeth Development Co. economic development agency provided a piece of the transaction’s financing, and the New Jersey Economic Development Authority (NJEDA) supported the project by issuing Urban Hub Tax Credits to Wakefern.

The $45-million redevelopment of Wakefern’s site, which generated some 140 construction jobs, involved the demolition of two antiquated warehouses. The finished warehouse features 36-foot high ceilings for increased storage capacity and 25,000 square feet of office space on a site that provides parking for approximately 500 cars and 600 trailers. Landscaping and decorative fencing complement the design of the building and enhance the property’s overall aesthetics.

The completion of the project not only retained all of the jobs that would have moved to another location, potentially one in a different state, but the increased efficiency of the new warehouse and added significant capacity at the site, allowing for future employment growth there.

The distribution center supplies the non-perishable products to most of the ShopRite supermarkets in New Jersey. The combination of all ShopRite stores and Wakefern Food Corp. constitutes one of the largest employers in the state, with the Elizabeth site alone accounting for 350 permanent office and warehouse jobs.