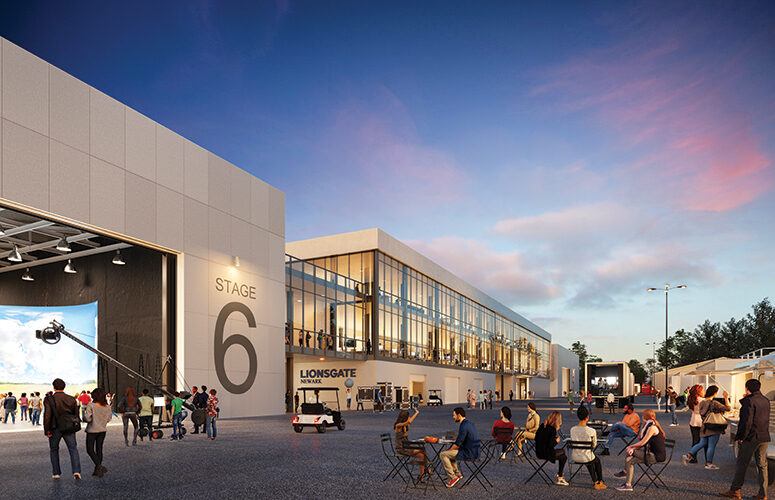 Inclusive economic development continues both downtown and in other wards of NJ’s largest city.

Pedestrians will be the beneficiaries of a $110 million pedestrian bridge/park over Route 21 in Newark that will provide a key connection for residents, workers and visitors to more easily commute between Newark Penn Station, the Prudential Center, Mulberry Commons (park), and the Ironbound District. It is also symbolic of the growing connectivity, fostered by thoughtful planning, that is transforming the city in a way that benefits Newark’s residential and business communities citywide.

The transformation of Newark, including the bridge and many other dynamic and diverse economic development projects, is being driven by the commitment of – and collaboration between – the city and businesses large and small, developers, labor unions, colleges and universities, traditional public and charter schools, non-profits, philanthropic organizations, faith communities, community activists and more.

Newark Mayor Ras J. Baraka has been the force behind Newark Forward, the centerpiece of efforts to ensure the city and the people of Newark work collectively to achieve an empowered, safe, educated, equitable and collaborative city.

Gov. Phil Murphy approved a 3.5% surcharge on parking in 2019 to fund the bridge project. In June, Deputy Mayor Allison Ladd announced that the city will issue bonds to pay for construction, expected to begin this year.

The bridge and Mulberry Commons represent years of collaborative planning that will benefit all Newarkers. Construction will create a wide range of jobs, in addition to outdoor amenities for residents and visitors. Deputy Mayor Ladd believes the projects represent a defining moment in Newark’s equitable economic development, creating a new center of gravity in the city’s growing downtown and unlocking development potential around Newark Penn Station.

“Mayor Baraka has long insisted that the creation of the Prudential Center not be a stand-alone project in downtown, and that this entertainment facility provide more than just world-class events – it must bring real estate development, jobs and prosperity to the entire city,” Ladd notes. “Soon, the entire area will be a thriving 24/7 neighborhood of housing, shops and restaurants, attracting visitors and residents, strengthening Newark’s economy, and empowering the city.”

Overall, the project will increase foot traffic in Newark’s downtown, and create regional connectivity between PATH, NJ Transit, Newark Light Rail, and Amtrak lines. A $190 million project to renovate and update Newark Penn Station, one of the nation’s busiest transportation hubs, has contributed additional excitement and energy to redevelopment efforts.

Residential and commercial development in adjacent areas is envisioned to amplify the impact of pioneering projects like Edison Properties’ Ironside Newark, the home of Mars-Wrigley’s new corporate headquarters. In June, a topping-off ceremony for a new 33-story development, 777 McCarter, featured Mayor Baraka, Gov. Murphy, and project partners Shaquille O’Neal and Boraie Development. Like all new residential buildings in Newark, “Shaq Tower 2” is being constructed under the city’s inclusionary zoning requirements, with 20% of the 370 apartments affordable, making it the largest 80/20 mixed-income project in New Jersey when completed.

The Arts, Technology, and More Merge for Increased Economic Activity

Evan Weiss, president and CEO of the Newark Alliance, says “Newark’s economic growth strategy is a model for the country, where you’re seeing a lot of growth downtown and in the wards – but it is inclusive growth. Mayor Baraka and the City Council, supported by Gov. Murphy, have created a policy framework that requires affordable housing preservation and production, local hiring for good jobs, and the concerns of residents to be inseparable from growth.

In 2021, high-tech healthcare information provider WebMD announced it was relocating its headquarters from New York City to Newark’s Two Gateway Center. Developer Onyx Equities has reimagined the iconic downtown Gateway Complex to be more open, embracing and engaged in the burgeoning redevelopment activity in the area surrounding Newark Penn Station.

In May, the stunning setting of the new Jewel Box entry to One Gateway Center attracted local and statewide business and political leaders, who joined Onyx founders John Saraceno and Jon Schultz, along with Mayor Baraka, for a grand opening event that showcased the soaring, atrium-like space that provides easy access to Newark Penn Station, the adjacent DoubleTree by Hilton Hotel, and both Newark’s Downtown and Ironbound Districts.

Also in 2021, venture capital firm SOSV selected Newark as the headquarters for its HAX initiative, an early-stage investor and seed accelerator focused on hard-tech startups. It will build a state-of-the-art new facility in the city, to expand its work with founders and startups in industrial, healthcare and climate technologies.

A transit village-like project on the 8-acre site of the former Bears & Eagles Stadium, located near NJ Transit’s Broad Street Station and the Newark Light Rail System, will include 3,800 market-rate apartments with one, two and three bedrooms, plus four hundred affordable units, as  well as 100,000 square feet of commercial space, and 3,000 parking spots. Called CitySquare, the $2 billion, multi-phase project received a tax break and other financial help after a vote by the Newark City Council in July.

Nearby, the growth around the new Tubman Square (formerly Washington Park) has representatives of Audible convinced the area will be the next hub of activity downtown. Between the revitalization of the park, the pending redevelopment of Bears Stadium, and the public art created through the Newark Artist Collaboration, the neighborhood’s future is very exciting.

Audible moved its headquarters to Newark in 2007 with the expectation that it would launch new technology startups that take advantage of all of Newark’s attributes, including access to research and education at Rutgers, NJIT and more, and benefit from access to dark fiber. It also saw a role to expand community initiatives aimed at advancing equity, racial justice, and economic empowerment. It launched the Global Center for Urban Development (GCUD) in 2020. Based in Newark, the center encompasses Audible locations in cities around the world and includes programs and policy initiatives that can be adopted in cities globally.

“Audible has also begun to incentivize startups and entrepreneurs to relocate their businesses to Newark through cash grants to be used towards retail or commercial leases in the city,” Aisha Glover, Audible’s vice president of urban innovation, adds. “And while we are interested in supporting new businesses, we are also offering coaching and technical assistance for existing Newark businesses.”

Lionsgate Newark, a 300,000-square-foot production facility, to be located on the site of the former Seth Boyden Housing Complex in Newark’s South Ward, is expected to create 600 new long-term jobs and generate more than $800 million of annual economic impact. A partnership between the New Jersey Performing Arts Center (NJPAC) and Great Point Studios, an investment and management firm focused on film and television infrastructure, and Lionsgate, a global content leader, will build the $125 million facility constructed specifically for television and film production. Located near Newark Liberty International Airport, the Port of Newark/Elizabeth, mass transit and major highways, the complex is projected to open in late 2024.

Also in the South Ward, Newark Beth Israel Medical Center embarked on a $150 million expansion project in early 2022. It is the largest investment in the South Ward in the last 50 years, will transform the face of the hospital, and promises to bring economic growth to the surrounding community. The project includes a 17,000-square-foot glass-enclosed lobby, an expanded emergency department, new intensive care units and operating rooms, and a new 24-bed, state-of-the-art geriatric unit.

“In addition, we are investing 30% of our total spend back into Newark-based, minority-owned, women-owned, and other certified diverse-owned businesses,” Darrell K. Terry Sr., president and CEO, Newark Beth Israel Medical Center and Children’s Hospital of New Jersey, points out. “In fact, all the glass in our new lobby is being installed by Josloff, a local woman-owned business in the South Ward.”

Helping Newark residents obtain gainful employment is PeduL, a recruiting marketplace that enables employers to source and attract a curated pipeline of competitive, diverse candidates whose skills match job requisitions in 60 days or less. PeduL’s mission is to assure that all students have equal access to academic and professional opportunities, regardless of where they go to school or who they know.

“Our company is headquartered in Newark as a result of its focus on expanding opportunity to those who historically have not had it,” notes PeduL CEO Chisa Egbelu, who co-founded the company with President Kayla Michele. “While headquartered in the city, we’re utilized by companies across the country, including our city’s very own Audible.”

Newark is home to key Port Authority facilities such as Newark Liberty International Airport and its AirTrain system, a terminus of the PATH commuter rail system that also serves as the city’s major transit hub, and the sprawling 940-acre Port Newark waterfront complex. The Port Authority is heavily invested in the city’s economic success through several major capital projects, which include a new Terminal A at Newark Airport, the replacement of the existing AirTrain, and expansive road improvements to and from Port Newark.

The new $2.7 billion, 1-million-square-foot Terminal A, the state’s largest design-build project, is expected to eventually generate more than $4.6 billion in regional economic activity, create more than 23,000 jobs and provide more than $1.9 billion in wages once it opens later this year. The $2.05 billion AirTrain Newark replacement project will also generate strong job and economic opportunities in the city.

As seen by plans for a new pedestrian bridge, a new Penn Station, and a new Terminal A, among other major initiatives mentioned, economic development is occurring at a fast pace, moving the city forward.

Chip Hallock, president and CEO of Newark Regional Business Partnership, comments, “This is a unique time for the city with committed private-sector partners collaborating with municipal, state and federal government to move Newark and its residents to new heights.”