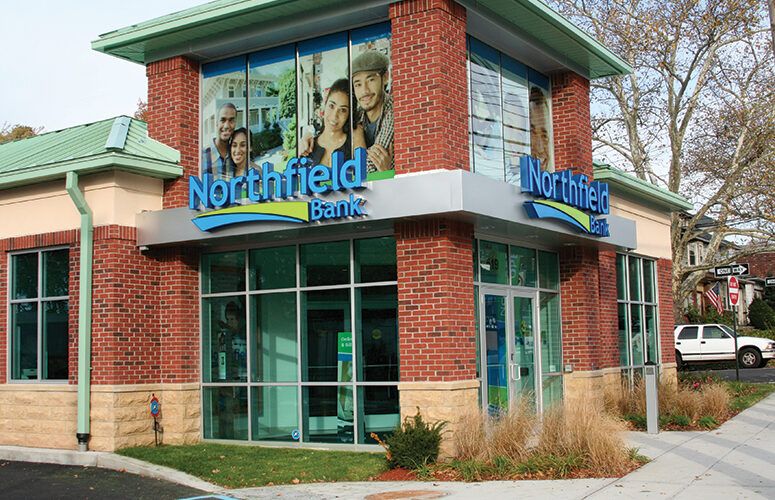 According to Steve Klein of Northfield Bank, the speed at which the SBA rolled out the PPP program provided some challenges to banks in terms of developing processes and procedures to accept and review loan applications.
Banking / Financial

NJ Banks to the Rescue

The state’s financial institutions went through significant changes as they helped businesses survive the pandemic. Now they are ready to handle the growing economy.

When news spread that COVID-19 was forcing New Jersey’s non-essential businesses to shut down in March of 2020, the first thing executives at Premier Medical Alliance did was to contact their financial partner, Oak Ridge-based Lakeland Bank.

“Being in a medical environment, there was a lot of information coming in fast, and we had the sense it wasn’t going to be good,” says Tom Frangione, chief financial officer of Premier Medical Alliance, a privately owned multi-specialty medical group and surgery center based in Emerson. “Lakeland tripled our available credit facility in under 10 days, and when federal funding came along, it set up a portal for its clients to interact directly with the bank and upload necessary documents like tax returns and payroll reports to complete the application in a timely manner.”

The upshot was that Premier Medical Alliance was able to get in on the Small Business Administration’s (SBA) first wave of the PPP (Payroll Protection Program), and 24 weeks later, file for loan forgiveness – receiving full forgiveness before the end of the year – and be in time to apply for a second PPP loan this year, again via Lakeland.

“The surgery center was closed down and we had 15 nurses seeing zero patients, but no one missed a day’s pay,” Frangione says. “Lakeland helped us to keep our doors open and deliver care to patients who needed it. We couldn’t have done it without them.”

Premier Medical Alliance is one of thousands of New Jersey businesses that have been able to withstand the severe burden of the COVID-19 shutdowns and stay afloat – largely because of the state’s banking institutions. Through PPP, New Jersey businesses received 307,000 loans totaling $26 billion, the average loan being $83,000 and the average company claiming nine employees – with approximately 2.7 million jobs saved.

“Most of this was done in the first phase of PPP during the first four to five months,” says John E. McWeeney Jr., president and CEO of the New Jersey Bankers Association (NJBankers), an advocate for the New Jersey banking industry. “To generate that amount of loan volume in that period of time is unbelievable, especially as a lot of it was done without bankers being able to go to the office and working seven days a week.”

In fact, when Seth Weisberg, CEO of Belleville-based ABCO Systems, was applying for a PPP loan through Bank of America (BOA), he sent dozens of emails to Amy Rios, senior relationship manager for business banking for Northern New Jersey, and would often hear back within 15 minutes – even if it was after midnight. Weisberg, whose company had been experiencing explosive growth before the pandemic, going from sales of $20 million to $40 million the prior year, had never taken out a business loan before and was skeptical. Through multiple conversations, however, Rios was able to allay his fears by explaining what the loan was, what it was for, and how it was going to work.

The banking industry has made a complete turnaround from where it found itself just over a decade ago; its reputation shattered in the wake of the subprime mortgage crisis of 2007-2010. Banks have had a chance to redeem themselves in a big way during the pandemic, according to Kevin Cummings, chairman and CEO of Short Hills-based Investors Bank, which has more than 150 branches in New Jersey and New York.

“This time around, it was almost a Churchill moment – you know, ‘This is our finest hour’ – when we stepped up to help our customers through the crisis while there was such uncertainty in the marketplace,” he says. “It also showed great cooperation between the government, the accounting profession, and our regulators, all coming together to make this happen.”

BOA was the first major bank to start taking PPP applications, ultimately extending nearly 500,000 loans to small businesses – 22,000 of those in New Jersey – and ending 2020 with $23 billion in balances. Investors Bank facilitated $340 million in PPP loans, including $48 million to nonprofits, and Wayne-based Valley Bank extended the PPP loan process to customers and non-customers alike, making 13,000 loans worth $2.4 billion in 2020, and an additional 7,000 loans worth $900 million this year – with roughly 12,000 of those being forgiven thus far.

“Obviously, healthcare workers were on the front lines of the pandemic, but we like to say bankers were the economic first responders of COVID-19,” says Tom Iadanza, Valley’s senior executive vice president. “The important part was helping the communities we serve, those mom-and-pop stores that were often the hardest hit, with about 20% of our loans going to women and minority owned businesses.”

The PPP was not without its difficulties. The initial fund ran out by April 2020, leaving many businesses out in the cold, at least initially.

Steve Klein, chairman and CEO of Woodbridge-based Northfield Bank, says the speed at which the SBA rolled out the program provided some challenges to banks in terms of developing processes and procedures to accept and review loan applications. Tom Shara, president and CEO of Lakeland Bank, agrees it was overwhelming at times for his bank’s associates, calling the PPP process “a story about camaraderie and teamwork” that brought Lakeland associates together in a way he had never experienced in 39 years in the industry.

“Within days, different departments and disciplines formed teams that would work around the clock for several weeks to tackle the momentous task of helping as many of our customers as we could,” Shara says.

OTHER PROGRAMS THAT HELPED

In addition to PPP, many New Jersey banks offered to defer loan payments for 90 days, and for those businesses that needed it, for an additional 90 days. According to McWeeney, there were hundreds of millions in loans deferred, with most companies coming off deferral after 90 days and very little in the way of loan delinquencies.

“For commercial and corporate banking clients, we approved $276 billion in new or expanded commercial lending commitments, and helped clients raise $772 billion in capital across the debt and equity markets last year, providing a critical bridge so employers could continue to meet payroll and finance operations during a period of unprecedented uncertainty,” BOA Market President Alberto Garofalo says.

Northfield Bank was among those that set up a program to waive minimum balance fees on accounts and eliminate ATM fees, early withdrawal penalties on Certificates of Deposit, and fees for cashier’s checks and money orders. The bank also waived late charges on loan payments and established a hardship program in which it worked with retail and business borrowers who needed a helping hand.

“In the beginning stages of the lockdown, we knew that, as a community bank, we needed to be there for both our business and retail customers,” Klein says. “Keeping our branches open put customers at ease knowing they would be able to conduct business, even if that meant limited access through our drive-thru and walk-up windows for the safety of everyone and the community.”

In addition to these efforts, New Jersey banks also helped their communities through philanthropy, with BOA extending $100 million to address critical needs related to the pandemic and $250 million in support of local minority-owned financial institutions, while donating approximately 19 million masks, 13,000 cases of sanitizer and 1.4 million gloves to vulnerable populations in 2020.

Valley Bank donated more than $2 million to 264 organizations in support of COVID-19 relief efforts, and the Investors Foundation gave close to $4 million to more than 650 healthcare, food, shelter and other organizations – including $100,000 to Stony Brook Hospital to construct a field facility for COVID patients – while also issuing grants to small business owners through neighborhood organizations in Jersey City, Trenton and Summit.

When the pandemic hit, banks not only had to figure out how to service customers, but how they could keep their employees safe as well. Lakeland temporarily closed its lobbies in mid-March 2020 with nearly 90% of its back-office associates working remotely, while Valley provided time off if an employee was ill, paid time off to get the vaccine, and special bonuses to nonexempt staff filling jobs that couldn’t be done remotely.

BOA supported employees and their families in the early days of the pandemic by enhanced cleanings of its facilities, employee wellness checks, securing critical health supplies to keep employees and clients safe, and by ordering thousands of laptops so the team could work remotely and continue to serve clients. In addition, the company distributed nearly $10 million to employees whose families were experiencing financial hardship from unexpected layoffs in other sectors of the economy, and also accelerated plans to raise the minimum hourly rate of pay for US teammates to $20 in the first quarter of 2020, one year earlier than planned.

“We also provided $100 per day in back-up childcare credit to our employees so they could focus on our clients and not worry about how they were going to manage working from home with the daily needs of running a household,” Garofalo says. “All told, we provided nearly 3 million days of backup care for children and adults in 2020, for a total expense of more than $300 million.”

Flex time also became popular in the early stages of the pandemic, with Valley Bank employees spending one week in the office, the next working from home, and Northfield Bank allowing its team to work two weeks on and two weeks off, with all employees receiving full pay during their time off period.

One unintended benefit of the pandemic was that it accelerated demand for digital products the industry has been developing for all aspects of banking. Business clients no longer need to come into a branch to open an account or apply for a loan, and even closings can be done remotely through e-docs. Cummings, whose Investors Bank was named the “Best Big Bank in New Jersey” in Newsweek’s first-ever ranking of financial institutions in 2020 – largely because of its digital platform – believes the branch will still be important moving forward, but will likely change form to a smaller, highly technical space possibly without teller counters as the transition continues.

Valley’s Iadanza agrees that digitization has changed things forever in banking and will lead to reduced staffing and tremendous efficiencies. “We would have been here at some point in the future, but the pandemic has accelerated it by years,” he says.

Despite lingering uncertainty about COVID-19 and the Delta variant, as well as rising inflation and supply chain issues, the economy looks to be heading in a positive direction with a healthy real estate market and the stock market near or at all-time highs.

“I think things have improved dramatically since the economy re-opened,” says Mike Affuso, NJBankers’ executive vice president and director of government relations. “Being at the Jersey Shore this summer, I saw tourism, restaurants, bars, beaches and real estate all booming. There’s a lot of positive recovery and economic momentum.”

Challenges remain for companies, many of which are short-staffed and dealing with rising inflation and wages, but most banks have re-opened to customers, and though PPP has ended, there’s still a great deal of federal money flowing into New Jersey and other states to help businesses recover, according to McWeeney.

“Banks are coming out of the pandemic incredibly strong. Deposits are up 7%, capital levels are up about the same, and they’re in a great position to help businesses in New Jersey,” he says. “I was a banker for 28 years and have been doing this for 14, and I don’t think I’ve ever seen a time with such high deposit levels because of so much liquidity, which is a good thing to have available to make investments and support customers.”