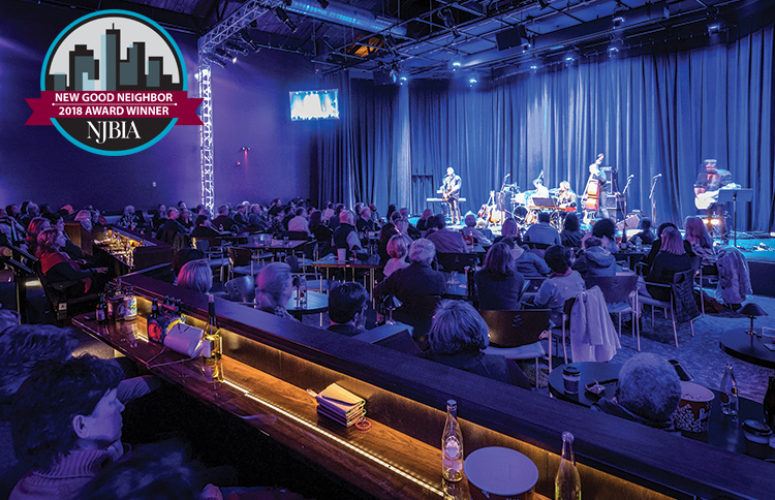 The Show Goes on with Building Revival

Hopewell Theater, located at 5 South Greenwood Avenue in Hopewell, began its life in 1880 as a local community center with a lyceum stage theater. While it has been reimagined many times over the past century-plus, it never strayed far from its original intent, but was modernized and improved each time. Today, it is a regional entertainment venue that draws visitors from beyond its rural Mercer County location.

In 1939, the original building was demolished to make way for a new ground floor cinema. From the 1960s through 1984, George Gallup, CEO of the Gallup polling company, used it to conduct public polling.

In 1984, the building was sold and modified for the Off-Broadstreet Theater, a theater known for its live theater and children’s shows – and delicious desserts.

Which brings us to the 21st century. In 2015, Jon McConaughy, Liza Morehouse and Mitchel Skolnick purchased the building, and spent two years and $2 million making much-needed renovations. They re-did the heating, electric and plumbing systems, added handicap accessible bathrooms and a prep kitchen. They also installed a state-of-the-art sound and lighting system, and expanded the theater seating areas by adding a balcony.

After completing the brick-and-mortar renovation, the new tenant, Hopewell Theater Inc., founded by Skolnick and Sara Scully, completed an extensive fit-out renovation of the theater interiors. They completely updated the lobby with a new ticket booth and concession stand handcrafted in wood and stainless steel, and added interior design elements such as lighting, carpeting and a wall mural.

Today, the 176-seat Hopewell Theater is a cultural mecca – a performing arts center that presents movies, live music, talks and performances. The theater also helps attract visitors to other local businesses, including restaurants, galleries and retail shops. It provides additional local employment and supports local non-profit organizations by giving them a space to hold meetings and special events.