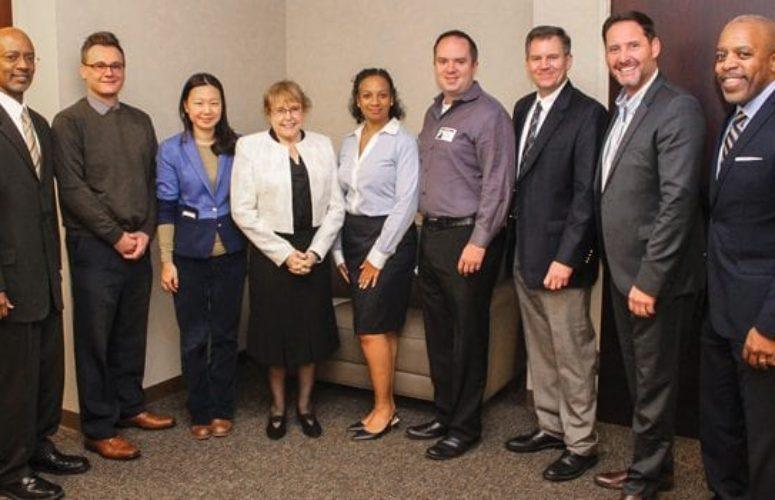 The Port Authority of NY & NJ 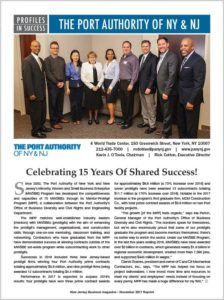 Since 2002, The Port Authority of New York and New Jersey’s Minority, Women and Small Business Enterprise (MWSBE) Program has developed the competitiveness and capacities of 70 MWSBEs through its Mentor-Protégé Program (MPP), a collaboration between the Port Authority’s Office of Business Diversity and Civil Rights and Engineering Department.

The MPP matches well-established industry leaders (mentors) with MWSBEs (protégés) with the aim of enhancing the protégé’s management, organizational, and construction skills through one-on-one mentoring, classroom training, and networking. Contractors who have graduated from the MPP have demonstrated success at winning contracts outside of the MWSBE set-aside program while subcontracting work to other protégés.

Performance in 2017 is expected to surpass 2016’s results: four protégés have won three prime contract awards for approximately $6.6 million (a 73% increase over 2016) and seven protégés have been awarded 13 subcontracts totaling $11.7 million (a 170% increase over 2016). Notable in the 2017 increase is the program’s first graduate firm, MZM Construction Co., with total prime contract awards of $3.9 million on two Port facility projects.

“The growth [of the MPP] feels organic,” says Ida Perich, General Manager of the Port Authority’s Office of Business Diversity and Civil Rights. “The numbers speak for themselves, but we’re also enormously proud that some of our protégés graduate the program and become mentors themselves; there’s no better way to enrich the sector. Under our MWSBE Program, in the last five years ending 2016, MWSBEs have been awarded over $2 billion in contracts, which generated nearly $1.6 billion in regional economic development, created more than 7,390 jobs, and supported $445 million in wages.”

Clarvis Soanes, president and owner of C and CE Mechanical Contractors, Inc., says, “The MPP has helped me focus on project deliverables. I now invest more time and resources to meet my clients’ and employees’ needs instead of focusing on every penny. MPP has made a huge difference for my firm.”