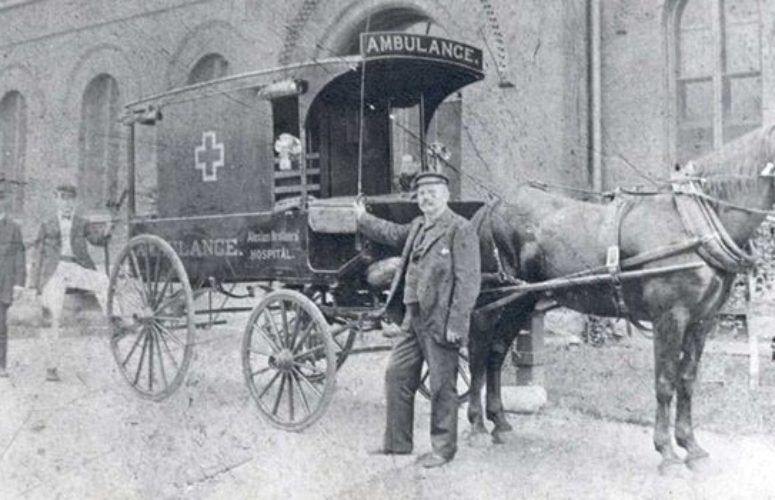 15 Years Old – A Century of Caring 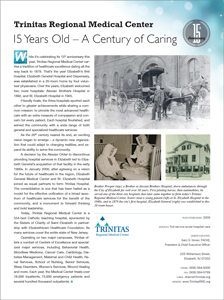 While it’s celebrating its 15th anniversary this year, Trinitas Regional Medical Center carries a tradition of healthcare excellence dating all the way back to 1879. That’s the year Elizabeth’s first hospital, Elizabeth General Hospital and Dispensary, was established in a 20-room home by four volunteer physicians. Over the years, Elizabeth welcomed two more hospitals: Alexian Brothers Hospital in 1892, and St. Elizabeth Hospital in 1905.

Friendly rivals, the three hospitals spurred each other to greater achievements while sharing a common mission: to provide the most advanced healthcare with an extra measure of compassion and concern for every patient. Each hospital flourished, and served the community with a wide range of both general and specialized healthcare services.

As the 20th century neared its end, an exciting vision began to emerge – a dynamic new organization that could adapt to changing realities, and expand its ability to serve the community.

A decision by the Alexian Order to discontinue providing hospital services in Elizabeth led to Elizabeth General’s acquisition of that facility in the early 1990s. In January 2000, after agreeing on a vision for the future of healthcare in the region, Elizabeth General Medical Center and St. Elizabeth Hospital joined as equal partners to form Trinitas Hospital. The consolidation is one that has been hailed as a model for the effective unification of a broad spectrum of healthcare services for the benefit of the community, and a monument to forward thinking and bold leadership.

Today, Trinitas Regional Medical Center is a 554-bed Catholic teaching hospital, sponsored by the Sisters of Charity of Saint Elizabeth in partnership with Elizabethtown Healthcare Foundation. Its many services cover the entire state of New Jersey.