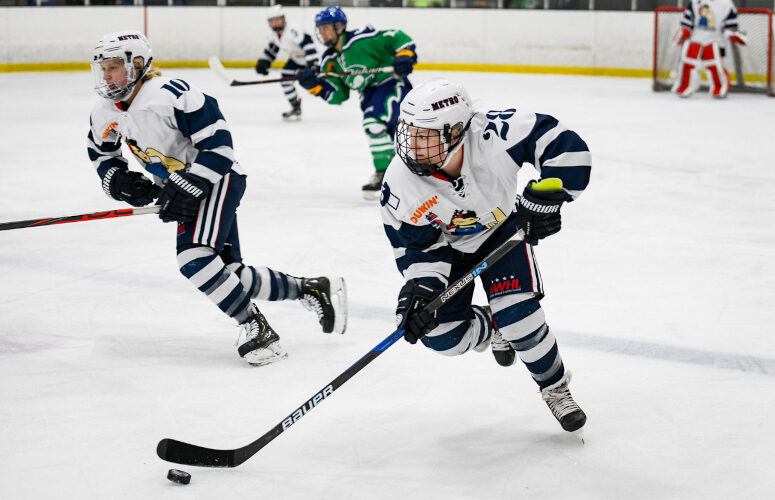 The Metropolitan Riveters Hockey Club, in association with the Premier Hockey Federation (PHF) and American Dream, today announced a three-year agreement to make American Dream the team’s new home ice, beginning with the start of the 2022-23 PHF campaign. Over the next three seasons, the Riveters will have a permanent facility for all practices and games at entertainment/retail center.

“We are extremely excited to provide our players with a state-of-the-art facility that they can call home,” said Digit Murphy, president of the Metropolitan Riveters. “Our organization focused on finding a permanent location where Riveters games would be played, and we wanted to ensure the facility had top-notch professional amenities. The unrivaled entertainment and retail at American Dream will let us reimagine hockey together with a revolutionary fan experience that breaks the traditional game day experience.”

The Riveters’ home games and all practices will be held at The Rink – American Dream’s regulation-size ice rink that can be fitted for as many as 2,000 spectators with options of tiered suites. The Rink regularly plays host to open skating, youth hockey tournaments, the New Jersey Devils Learn to Play Program, and now Riveters hockey games.

“After practicing at American Dream, it felt like the perfect time to take that partnership to the next level,” said Riveters captain, Madison Packer. “American Dream is committed to growing the game and supporting female athletes, and I am beyond excited to call the complex home for many years to come. This partnership continues to elevate the player experience and provides resources necessary to recover and compete at the highest level. It will truly redefine the in-game experience for sporting events and expand our reach to fans across the Tri-State area.”

“As a lifelong hockey fan, I am thrilled to have a professional team call American Dream home,” said Don Ghermezian, CEO of American Dream. “I am even more thrilled to have the Riveters – a forward-thinking organization that wants to revolutionize the sports industry, much in the same way that American Dream is revolutionizing of so many industries. I am excited to embark on an endeavor with the Riveters to re-imagine the sporting event and to provide a new form of entertainment for all of our fans.”

The Riveters naming American Dream its home ice comes at a time of exciting growth for the PHF, including a new partnership with ESPN that features live coverage of the PHF streaming exclusively on ESPN+ in the United States plus international rights for games including TSN in Canada.

“This is a huge step forward for the Riveters, one of PHF’s founding franchises, and we can’t wait to see the team take the ice at American Dream,” said Reagan Carey, PHF Commissioner. “The entire PHF is committed to building the best, thriving, and most sustainable home for women’s professional hockey, and facilities are a critical component to our mission. The significance of the professional experience that comes from development opportunities and competition in a single venue cannot be overstated.”

The Riveters home games at American Dream will be announced later this month when PHF releases the 2022-23 regular season schedule.