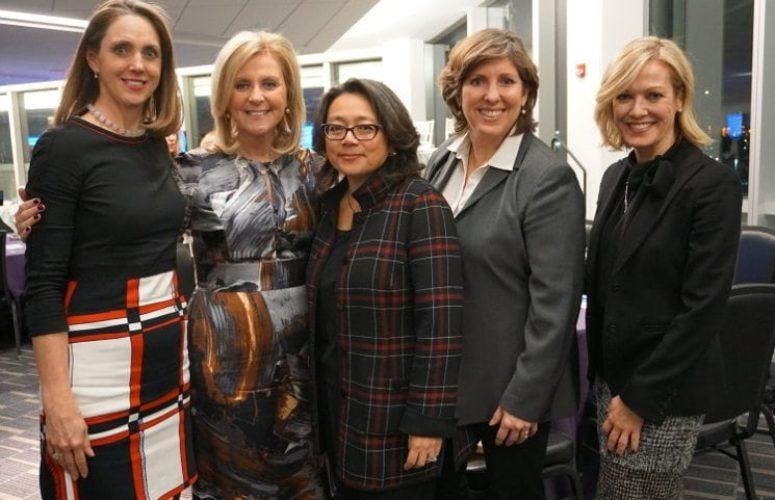 Women, the Economy and Wage Disparity

Last week began with newly sworn-in New Jersey Gov. Phil Murphy issuing his first executive order combating gender inequality and promoting equal pay for women, and ended with the 2018 national Women’s March, where, in the Garden State, thousands of people gathered in cities such as Morristown (the largest turnout). It was perfect timing then, that KPMG held its “Women and the Economy” conference in between these two events. Among other things, the conference underscored that fact that women continue to earn less than men and that this wealth disparity continues well into retirement years.

At the event, held at Kean University and co-sponsored by New Jersey Women’s Network to Network, Constance Hunter, KPMG’s chief economist, commented that more women have been entering the labor force since the 1960s while the number of men has been declining. Currently, the ratio is 49 percent women to 51 percent men, so it is close to parity.

However, while the number of women with college degrees has been increasing since the 1970s, an income gap still exists between these educated female workers and their male counterparts. In fact, the gaps exist at every single education level, Hunter told the audience of mostly female executives. Overall, women earn 79 to 80 percent of what men earn.

Much of the income disparity is due to the type of jobs people with advance degrees tend to have. Citing Harvard Economist Claudia Goldin, Hunter explained that in a low skilled job, it is easier to substitute one worker for another, and if a woman in such a role has children and works fewer hours, she does not suffer much adverse pay consequences from her reduced hours when she returns to work. However, if the person is in a profession where he or she interfaces with clients, where constant learning and skills training is needed, the impact on women is more significant. As an example, Hunter said that a lawyer working 60 hours a week made more than double the money than a lawyer working 30 hours per week, in fact the number was 1.5 times more.

Educated women may “almost” start their careers with wage parity, but as they get older and take time off to have children – therefore not working as many hours and not gaining as much experience – “their careers suffer,” Hunter said. “So, just the fact that we have more women pursuing higher education is great, but it is not the Holy Grail.”

On the positive side, she said that each successive generation of educated female workers starts at a higher level of pay parity than the previous generation.

Meanwhile, Sylvia Pozezanac, senior managing director of Prudential Financial and head of the Prudential Client Management function, explained that retirement income for women over 65 years of age is 42 percent less than that of men. “A lot of factors contribute to that; women live longer than men, are more likely to be single and have higher healthcare costs in retirement,” she said.

Additionally, since women are more likely to take time off during their career for various personal responsibilities, the impact of wage disparity and the time off from the workforce means their social security benefits tend to be 23 percent less than men, Pozezanac explained.

To rectify the problem, she said employers must encourage women to understand financial wellness and that saving for retirement is a big component of that. “There is a lot we can do with engagement and participating in 401(k)s,” she said, adding that it all begins with managing day-to-day finances.

For women who have made it to the C-suite and board room, Irene Chang Britt, a board member of Dunkin Brands Group, Inc., Tailor Brands, Inc., Brighthouse Financial, Inc., and BayBridge Seniors Housing, Inc., explained it is important for them to reach down and pull up women at lower levels of the corporate ladder because it is “their obligation.”

Using herself as an example, she said she has been lucky to get to a sphere of influences (boards of directors) … “the governance space” … and begin asking questions about women and other minorities and their advancement throughout the workplace. “When you get to that level, all I ask is that you ask the question for our sisters as we develop ourselves,” she told the audience.

As for coping with the life/work balance, Nicola Palmer, chief network officer and a vice president at Verizon Wireless, told the audience that women should not be hard on themselves, adding, “The days that I feel that I get it right, which is not every day, are the days I can prioritize what is important. And, I never measure my success as a mother, a wife, a business person or community participant in any one day, but in a week, a month or a year, so that when you look at your performance at work, for example, you can feel good about your [overall] contribution.”

Britt added it is important for women: to have a strong support network of family and friends; to integrate or relate their business life to their children so they understand what their parent’s professional job is; and finally, “just let things go.”