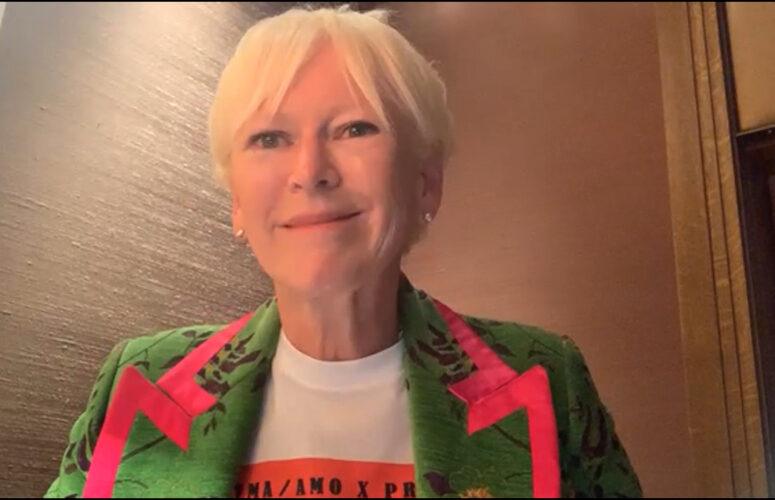 Women Characters on TV Not Quite Right, Says Joanna Coles

Joanna Coles cringes whenever she reads profiles of herself that say she has always been ambitious. “It sounds as if I always elbowed someone out of the way,” commented the media professional whose career spans roles as editor-in-chief at Marie Claire and Cosmopolitan magazines and chief content officer for Hearst Magazines. Coles, who was born in England and came to the US in 1997 to become bureau chief of The Guardian, was also a co-creator and executive producer for television shows such as “Running in Heels,” “So Cosmo,” and “The Bold Type,” and author of the book, “Love Rules.”

When the opportunity presented itself to create “The Bold Type,” a television series loosely based on her career experiences, she said she wanted a program that presented an ambitious woman who “was not screaming, was not toxic, and was not running a toxic workplace.”

“I wanted The Bold Type to replay the idea of an ambitious woman: someone who was not scheming, and not getting into cat fights. … You can have a great female boss. I had many,” Coles said. “Women are generally supportive of each other, and you know this from your networking events.”

Coles was the closing keynote speaker at last week’s Women Business Leaders Forum, the 7th annual event hosted by the New Jersey Business & Industry Association. She told the virtual attendees that other than “The Mary Tyler Moore” show, she could not think of any movies or TV series that had a positive image of a working woman who could serve as a role model.

The Bold Type did that, covering topics that impacted women over the last few years such as the MeToo movement and sexual harassment in the workplace. The show debuted in July 2017 and ran for five seasons, with the final episode airing this past summer.

Coles touched upon other issues concerning women in the workplace and discussed the findings in the book “Lean In: Women, Work and the Will to Lead” by Sheryl Sandburg, which revealed, among other things, how women, with the same qualifications as their male counterparts, were eclipsed by them immediately after college in terms of pay and the pace at which they obtained management jobs. “This was the first time someone pulled that research together. [As an editor at Cosmopolitan], I knew this was a moment for the magazine to help women claim their place and move up the career ladder,” she said.

Coles also said the book refocused a new generation of women on what was and wasn’t working in their careers and that there clearly were not enough women in leadership positions. “This is why an event like this [the WBLF] is so important,” she said.

Michele Siekerka, NJBIA president and CEO, posed a series of questions to Coles concerning the continued challenges women face in the workplace and how they can overcome them.

On the topic of family and career, Coles told the story of becoming pregnant with her second child and giving up her job as a reporter to become an editor because she would have more control over her schedule. “I didn’t enjoy it,” she said of the new job. “However, after I got through the first year, I realized this different set of skills would be better in the long run. I leaned into the experience and ended up becoming editor-in-chief. Then I began running content for the entire company, which I could not have done if I stayed a writer. So, the short-term losses that I first felt actually turned out to be long-term gains.”

Coles believes the office setting today is better for working women. “Men are much more careful about how they behave. There is much more respect in the workplace now,” she said.

She said older people in the workplace should stay current with the latest technologies, and added there is a benefit to older and younger people working together, such as sharing ideas and experiences.