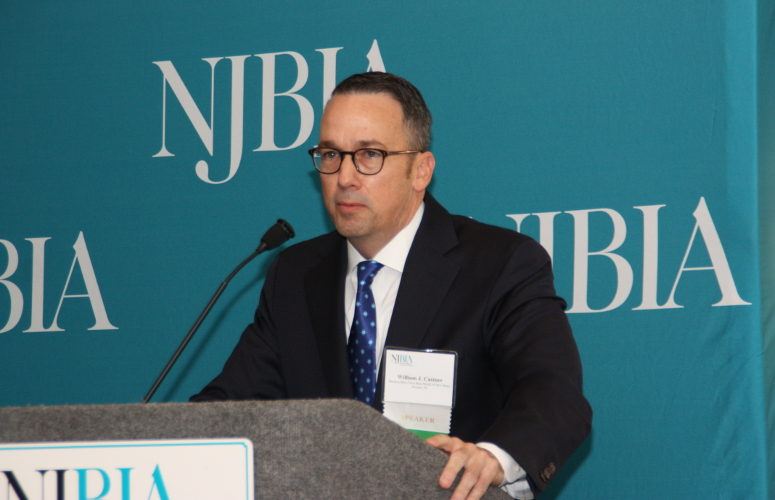 “Bill Castner is an exceptional addition to Connell Foley,” said Managing Partner Philip F. McGovern Jr. “Bill has operated at the most senior levels of large corporations, healthcare institutions, and government. He is well regarded for his strategic insights and ability to problem solve on behalf of his clients. His record of providing sound guidance to Gov. Murphy as senior advisor on Firearms Policy, as well as his earlier success at both Horizon Blue Cross Blue Shield of New Jersey and Gibbons PC, will make him an invaluable member of our firm, particularly as we continue to grow our Cherry Hill office.”

Castner will practice primarily in Connell Foley’s Health Care Group. Drawing on his extensive background in the public and private sectors, Castner will provide strategic counsel to senior management and entrepreneurs throughout the region. He will also counsel clients on a wide range of policy issues, drawing on his deep knowledge of the law and his seasoned political acumen.

“I’m very honored to be joining Connell Foley, a firm that is well-respected and fast-growing,” said Castner. “I am eager to return to practicing law at one of the region’s most dynamic firms and with its extraordinary group of dedicated and skilled professionals. I am hopeful that my years of experience in government, along with my experience in the health care industry, will benefit clients and contribute to Connell Foley’s continued growth.”

During Castner’s tenure as senior advisor on Firearms Policy, the Governor was able to sign into law and advance some of the most progressive gun legislation in the country.

“Bill Castner has been a tremendous asset to my administration,” said Gov. Phil Murphy. “I have come to count on Bill’s sensible advice and counsel. Although I’m sad to see him depart his Senior Advisor role with us, I’m pleased he will continue his work on gun violence prevention at Connell Foley. I know his new firm has gained a very smart and talented public servant.”

As a former Senior vice president of Corporate and Regulatory Affairs at Horizon Blue Cross Blue Shield of New Jersey, Castner relied on his vast experience in dealing with complex health care and insurance regulations to help the company navigate a host of significant challenges while serving over 3 million members. His experience in the health care industry will further strengthen Connell Foley’s commitment to counseling health care systems, hospitals, health insurance companies, providers and nonprofits.

After earning a bachelor’s degree from Rowan University, Castner earned an M.S. from the Eagleton Institute of Politics at Rutgers University and a J.D. from the Rutgers School of Law-Camden.  Castner clerked for New Jersey Supreme Court Associate Justice James R. Zazzali, who went on to become Chief Justice, as well as for Presiding Judge for Administration of the Appellate Division Sylvia B. Pressler. Following his clerkships, Castner was appointed general counsel to the New Jersey General Assembly in 2002. In 2006, he took on the role of executive director of the New Jersey General Assembly Majority Office, becoming its youngest executive director in history. In 2009, Castner was appointed chief counsel to Governor Corzine, becoming the top legal counsel in the Governor’s Office. Castner served as a partner at Gibbons PC, where he was the chair of the firm’s Government Affairs department before joining Horizon Blue Cross Blue Shield of New Jersey. He departed Horizon in 2018 to serve as senior advisor on Firearms to Governor Murphy.