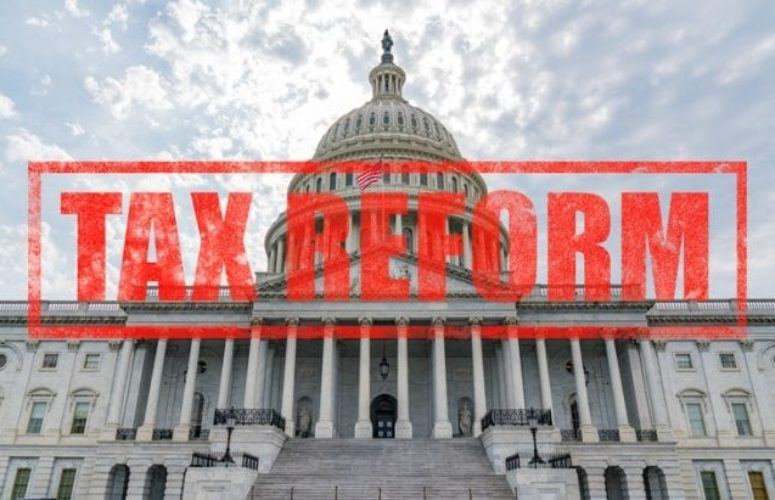 In what is considered the first major legislative achievement for President Trump after almost a year in office, the Republican lead Congress yesterday approved a $1.5 trillion tax plan that cuts the corporate tax rate from 35 percent to 21 percent and delivers sole proprietorships, LLCs, S Corporations and Partnerships, a 20 percent deduction on net income that “flows to” the individual business owner’s personal income tax.

In New Jersey, however, many politicians and business organizations have been opposed to the plan because, among other things, it caps property tax, sales tax and income tax deductions to a combined $10,000. It also reduces the deduction on interest paid on mortgage debt to $750,000, down from $1 million.

“The limiting of the property tax deduction and mortgage interested deductions will negatively impact property values in New Jersey,” says Michele Siekerka, president and CEO of the New Jersey Business & Industry Association. “We are already one of the highest-taxed states in the nation, sending a disproportionate number of tax dollars to Washington, DC every year for what we receive in federal aid or spending.

“With the signing of this bill into law, and a collective cap on state and local income tax and property tax deductions, New Jersey residents and small businesses will be faced with yet another reason to consider relocating.”

All of New Jersey’s Congressional delegation (Republicans and Democrats), minus Third District Rep. Tom MacArthur (R), voted against the final version of the bill.

6th District Congressman Frank Pallone, Jr. said in a statement that a recent Tax Policy Center study found that 86 million middle class households will see their taxes go up as a result of the bill. Meanwhile, 83 percent of supposed benefits of the bill will go to the top 1 percent of the wealthiest Americans.

First District Rep. Donald Norcross pointed out that the bill adds $1.5 trillion to the national deficit.

Rep. MacArthur said the bill is good news for the overburdened taxpayers in South Jersey.  “The Tax Cuts and Jobs Act provides real relief for families and businesses—by simplifying the tax code, lowering rates, doubling the standard deduction, providing tax credits for childcare and care of adult dependents; all while preserving the deductibility of property and state income taxes,” he said.

The New Jersey Bankers Association said that while the plan was billed as middle class tax relief, “it will sock middle class New Jersey with a tax bill by reducing state and local tax deductions.” The association also said it will accelerate the outward migration of New Jersey citizens to other states and discourage borrowing and capital investment.

When the New Jersey Society of CPAs (NJCPA) polled 861 accountants earlier this month, more than 70 percent said their individual and family clients in the state would face tax increases.

Bill J. McDevitt, a CPA and Shareholder at Wilkin & Guttenplan, P.C. tells New Jersey Business the reduction of sales, income and property tax deductions is harmful, but that is if one looks at these provisions in “a vacuum.”

Wilkens & Guttenplan’s clients are generally business owners, and McDevitt says that in comparing a number of clients’ 2017 “fact patterns” with what is in store for 2018, many projections have been “reasonably successful.”

Jay Soled, a professor at the Rutgers Business School, comments that businesses are going to have a reduced tax exposure because of the reduction of the corporate tax rate and the 20 percent flow through deduction. He also speculates there will be a rise of businesses becoming “pass through” entities and warns that based on what happened in Kansas – when Gov. Sam Brownback reduced the pass through deduction and businesses of all sizes took advantage of it, resulting in a shortage of state revenues, funding cuts to education and infrastructure and lower bond ratings – “this may all be unsustainable.”

No Clear Winner (Yet) in Presidential Election as Vote Counting Continues

Partnerships to Build a Skilled Workforce