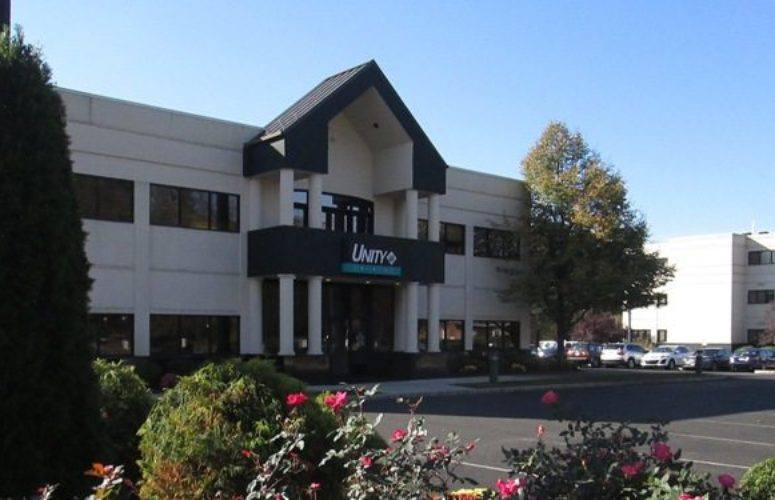 Unity Bancorp has purchased its Clinton-based headquarters facility located at 64 Old Highway 22 from the Clinton Unity Group for $4.12 million, moving forward with its long-term strategy to own rather than lease properties to most effectively manage operational expenses. The bank now owns 12 of its 15 business locations with the only leased buildings being part of mall properties.

“We are committed to the long-term growth and stability of the bank and property ownership maximizes financial efficiencies, bringing greater value to our stakeholders,” said Unity President & CEO James A. Hughes. “Unity is marking its 25th year in business so it makes sense to own the headquarters property. As we continue to grow to better serve the community and create value, our first choice will be to own the properties where we do business.”

The three-story, approximately 20,000-square-foot building was built in 1996 by The Clinton Unity Group, which is a group of local businessmen including Unity Bank Chairman David Dallas and his brother, Robert.  In the last year, the bank has invested in upgrades to the property, including new workstations, flooring and a remodeled lunchroom with new seating and appliances.

Originally named First Community Bank, the company opened its doors for business September 16, 1991, changing its name to Unity Bank in 1999. Today, the bank manages more than $1.1 billion in assets and $894 million in deposits.