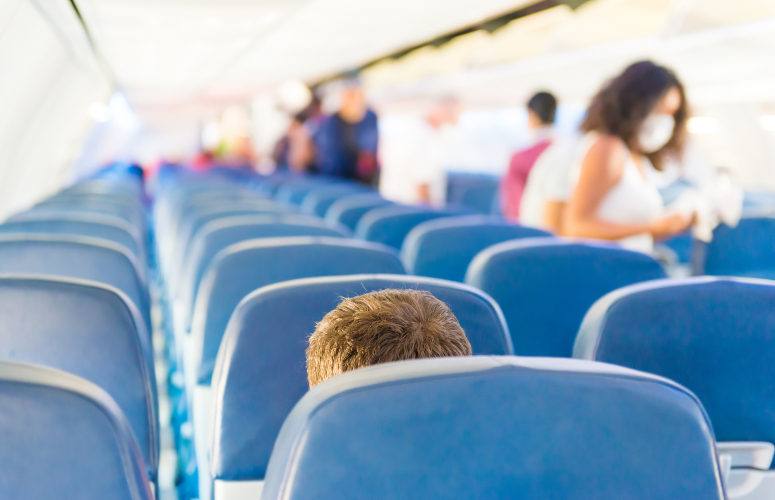 United Airlines to Maximize Ventilation System During Boarding and Deplaning

United Airlines announced that the carrier will now maximize air flow volume for all mainline aircraft high-efficiency particulate air (HEPA) filtration systems during the entire boarding and deplaning process, helping further reduce the spread of COVID-19. In combination with the HEPA filters, the air conditioning and pressurization system onboard United’s mainline aircraft recirculates the air every 2-3 minutes and removes 99.97% of particles – including viruses and bacteria during both ground and air operations – making the air onboard a plane significantly cleaner than what people typically experience in restaurants, grocery stores, schools or even some hospitals. United pilots and ground staff are working to implement this new procedure for mainline aircraft beginning July 27.

“We know the environment on an aircraft is safe and because the air flow is designed to minimize the transmission of disease, the earlier we maximize air flow over our HEPA filtration system, the better for our crew and our customers,” said Scott Kirby, United’s chief executive officer. “The quality of the air, combined with a strict mask policy and regularly disinfected surfaces, are the building blocks towards preventing the spread of COVID-19 on an airplane. We expect that air travel is not likely to get back to normal until we’re closer to a widely administered vaccine – so we’re in this for the long haul. And I am going to keep encouraging our team to explore and implement new ideas, new technologies, new policies and new procedures that better protect our customers and employees.”

On commercial aircraft, fresh air flows downward into the cabin from ceiling vents and exits the cabin at the floor and sidewalls. That air is then routed through the HEPA filters and mixed with fresh, outside air before returning back to the cabin. According to Boeing, that top-to bottom pattern, and frequent air exchange helps minimize front-to-back air movement and reduces the potential for spread of contaminants from people, such as through sneezing or coughing. Thesystem replaces the entire volume of cabin air every 2-3 minutes by providing 50% HEPA filtered, recirculated air mixed with 50% outside air, which allows a constant flow of either fresh or HEPA filtered air throughout the cabin. In addition, United has been partnering with the Defense Advanced Research Projects Agency (DARPA) to study how effectively the unique airflow configuration onboard an aircraft can prevent the spread of aerosolized particles among passengers and crew.

During a review of its cleaning and safety procedures with its United CleanPlus partners – Clorox and the Cleveland Clinic – United identified new opportunities during boarding and deplaning to help prevent the spread of the coronavirus. Already, the airline boards passengers back-to-front and deplanes five rows at a time. The new air filtration procedure on mainline aircraft will maximize air flow volume and recirculation of cabin air for passengers from the moment they step onboard.

“HEPA filters are an effective way to ensure clean air on an aircraft,” said Dr. James Merlino from The Cleveland Clinic. “United’s new strategy of running the air filtration and circulation systems at maximum volume well before passengers board and until they deplane, adds one more layer of protection. In addition to air filtration, we have worked with the airline to enact measures such as mandatory masking, health screenings, disinfection, and touchless systems, as we believe layering on precautions, more than any one strategy alone, helps create the safest environment possible.”

Among the First to Require Masks

United was one of the first airlines in the country to mandate that everyone onboard wear a face covering, providing complimentary masks to any customer or employee who needs one. When worn properly, face coverings prevent particles from one passenger’s respiratory system from getting into the air and then potentially infecting others. Customers who do not comply with United’s policy risk having their travel benefits suspended.

Limiting Number of Passengers on Board

The airline is also taking steps to limit the overall number of people on board and separate customers wherever possible. United switched to a larger plane 66 times a day in May and June, for a total of more than 4,000 flights during those months, creating more space onboard. As a result, the airline’s consolidated average seat factor – or the percentage of occupied seats including customers and non-revenue passengers – was 38% in May; 57% in June and is expected to be about 45% in July, with less than 15% of flights operating with more than 70% seats filled.

When United flights are less full, the airline’s advanced automated seating tool assigns seats in a way that maximizes the space on board – and the distance between customers. And since May, United has been contacting customers via email and through the United app – as muchas 24 hours in advance – if their flight is expected to be more than 70% full and gives them options to switch to different, less full flights for no additional fees. Customers also have the option to cancel their flight and receive a credit for future travel. To date, the overwhelming majority of customers choose to keep their travel plans the same.

United is focused on delivering a new level of cleanliness on the ground and in the air. In addition to the vital initiatives mentioned above, several of the airline’s precautionary measures to further ensure a cleaner environment include: