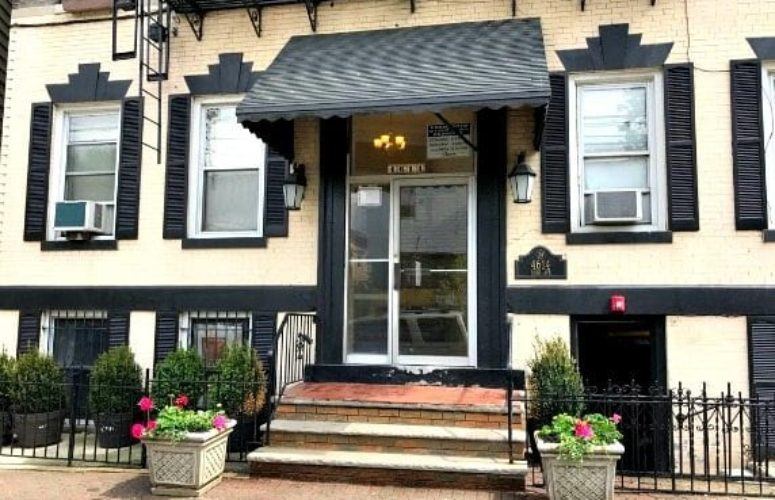 The township of Weehawken and its neighboring New Jersey Palisades municipalities are enticing multi-family investors now more than ever with for-sale pre- and post-World War II product primed for broader value-add appeal, according to the brokerage professionals at Gebroe-Hammer Associates. In a sale mirroring this trend, the firm’s Hudson County market specialist and Senior Vice President Nicholas Nicolaou exclusively represented the seller and procured the buyer, in the two-property, $6.3 million sale of 38 units spanning 10-12 48th St., and 4614-16 Park Ave., in the township.

The properties had been owned by a single seller under the entity names of 10-12 48th ST LLC  and 4614-4616 Park Avenue LLC. The buyer was a local private investor.

“Throughout Hudson County, which has been undergoing a wave of development in recent years, experienced investors have a renewed sense of enthusiasm for existing apartment buildings that would benefit from modest upgrades – mostly to kitchens and baths,” said Nicolaou. “Rents and occupancies at existing buildings offering the same views and transit-fueled/walkable lifestyle as their Class-A property counterparts are benefitting from the trickle-down effect of higher-priced rents at these new-to-market developments.”

Thanks to Weehawken’s strategic location just outside the Lincoln Tunnel, it is a magnet for a high percentage of college-educated working professionals and artists, two tenant demographic cohorts that are having a profound effect on how investors are responding to rent and performance trends and future projections. Weehawken’s average market rent of $1,970 is significantly less than Manhattan, where the average market rent is $2,413. “Its greatest draw is that it offers a visual of and easy access to all that New York City has to offer, at a much more affordable cost of living,” said Nicolaou.

In addition, both properties are within about a mile of major transit centers on Bergenline and Tonnelle Avenues and at Port Imperial and Lincoln Harbor. NJ Transit commuter rail offers direct service to New York Penn Station, less than 4 miles and 11 minutes away. Three public schools serve the neighborhood, including two elementary and one middle/senior high school, along with an array of shops and dining establishments.

“Much of the housing stock in Weehawken was built prior to or immediately following World War II, making it one of the oldest and most historic towns in the country, which only adds to its character and tenant/investor demand,” added Nicolaou. “Weehawken, specifically, and its Hudson County neighbors in general, are outstanding examples of how apartment buildings make up a substantial portion of a township’s housing stock. With such a high concentration of low-to-high-rise apartment buildings throughout the Hudson Palisades region, this stretch of municipalities has had and will continue to have enduring appeal among long-time landlords and investors.”

Since joining Gebroe-Hammer Associates in 2009, Nicolaou has emerged as the leading Hudson County/Northern New Jersey market specialist for the Gateway Region. He represents a wide range of the firm’s first-time and long-term clients, including private owners, REITS, private equity firms and other institutional investors. Gebroe-Hammer is the most active multi-family investment sales brokerage firm in the entire New Jersey/Pennsylvania/New York State region and a 13-time CoStar Power Broker.