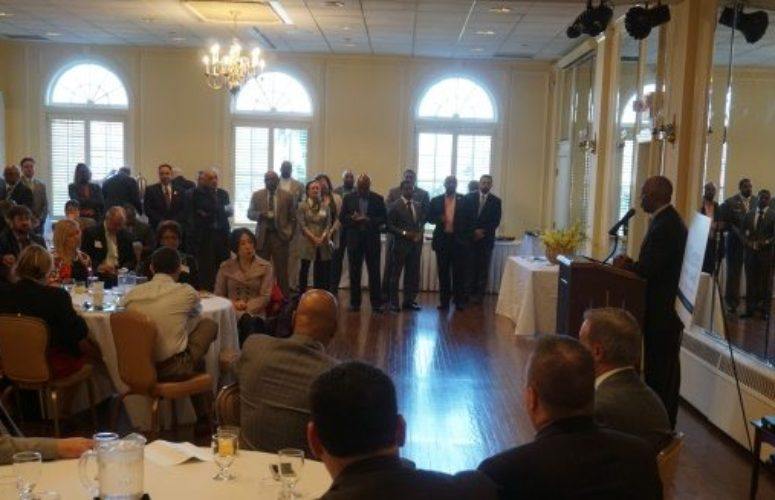 Trenton Mayor Eric Jackson: More Than 100 City Youths Will Have a Shot at a Job This Summer

Fulfilling a promise that Mayor Eric Jackson made during his State of the City address last October, more than 100 Trenton city youths ages 16-21 will receive work training and opportunities for summer jobs, thanks to a new initiative announced today.

Mayor Jackson unveiled the Mayor’s Summer Youth Employment Initiative today at the Trenton Country Club. Flanked by former Mayor Douglas H. Palmer and Robert D. Prunetti, President and CEO of the MIDJersey Chamber of Commerce—who were instrumental in creating the initiative—Mayor Jackson said that the initial goal is to help more than 100 city youths with training and summer employment.

“We are working to raise and leverage funding to create more than 100 summer employment opportunities for the city’s youth,” added Mayor Jackson. “We are grateful to Mr. Palmer and to the MIDJersey Chamber for helping us connect with area businesses to launch this program and make it sustainable.”

“Mayor Jackson’s Summer Youth Employment Initiative is a dynamic partnership between the public and private sectors in which workforce development opportunities will tremendously increase. In order to be successful, this program needs support and backing from the local business community,” Mr. Prunetti. “The MIDJersey Chamber is proud to partner with Mayor Jackson and various community partners on this great initiative and is excited to see its emergence this summer.”

Rider University has agreed to provide work training to participating students, who will then be placed at companies and organizations, including nonprofits, who have joined the initiative. After six weeks, participating teens who successfully complete the training will be offered summer jobs, which will run from July through August. To learn more about the Mayor’s Summer Youth Employment Initiative, call Jigna Rao at (609) 989-7333 extension 131.