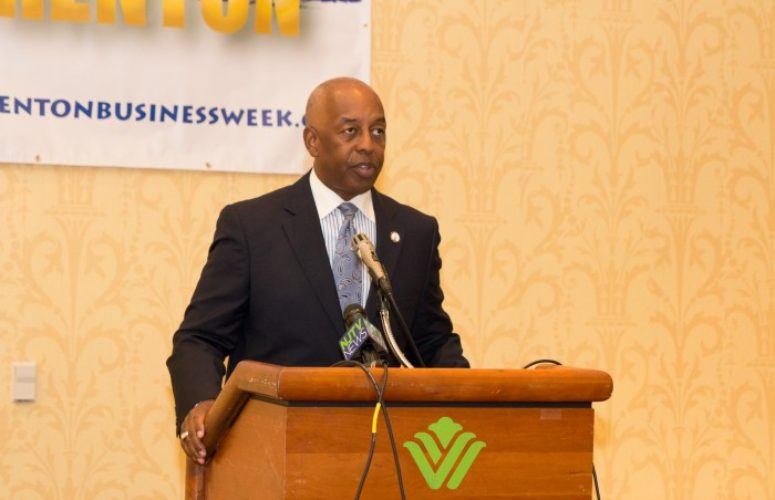 Trenton Mayor Eric Jackson today announced the formation of Greater Trenton, a new, independent non-profit 501(c)(3) organization that will use private funding and a network of relationships to promote economic development and revitalization projects in the state’s capital city.

“This partnership with leaders from private industry and our higher education community will help us activate economic development in Trenton through a collaboration that leverages new and existing resources to grow the city’s tax base and economy,” said Mayor Eric Jackson.

Bernie Flynn, president and CEO of NJM Insurance Group, and Caren Franzini, former New Jersey Economic Development Authority CEO, will lead Greater Trenton and co-chair a board comprised of a diverse group of organizations that have made a five-year financial commitment to fund the initiative.

“As a company that was founded in Trenton and is one of the largest employers in the capital region, NJM is proud to take a leading role in this important initiative,” Flynn said. “With strong support from New Jersey’s corporate, institutional and philanthropic communities, this effort will facilitate partnerships and bring together the resources and talent needed to advance economic development and revitalization projects in our state capital.”

“Working in partnership with Mayor Jackson and his team, we think Greater Trenton can do for Trenton what similar public-private initiatives are doing in a number of other cities across the nation and in New Jersey, including New Brunswick and Camden.”

Franzini echoed Flynn’s enthusiasm for Trenton’s potential under this initiative. “Having been intimately involved in statewide economic development efforts for the past 30 years, I’m very excited to serve as co-chair of Greater Trenton. With a strong group of engaged public, private and not-for-profit stakeholders, a clear mission and strong city assets, we have a great opportunity to bring new investment and activity to downtown Trenton.”

One of the board’s first actions will be to commence a search for an experienced economic development professional to serve as executive director and assemble a supporting staff. Once in place, this team will begin work to carry out Greater Trenton’s key objectives, which include: coordinating downtown economic development projects; providing one-stop support and information for investors interested in taking on new projects; reaching out to potential residential, commercial and/or retail investors and tenants; supporting and promoting existing clean-and-safe efforts; engaging downtown stakeholders in a strategic economic development plan; and developing marketing strategies.

Anthony “Skip” Cimino, the former president and CEO of Robert Wood Johnson University Hospital in Hamilton, promoted the advantages of a collaborative public-private approach while he helped lead the effort to start Greater Trenton. “As someone who has spent his career in the public and private sectors, I appreciate the roles both play in effective community development,” he said. “This initiative provides a partnership that offers real advantages to the city and the whole region without having to spend taxpayer dollars.” Cimino also served as a former assemblyman, Mercer County freeholder and cabinet official under Gov. Jim Florio.

Nelida Valentin, a Trenton resident and former head of Leadership Trenton who was also instrumental in creating Greater Trenton, is particularly hopeful about the new partnership’s potential. “I’ve been in Trenton a long time and this is the most excited I have been about a focused, collaborative effort that combines local knowledge and leadership with regional expertise and commitment. Special thanks to the dozens of organizations and individuals who helped launch this initiative, especially the ongoing support from New Jersey Future.