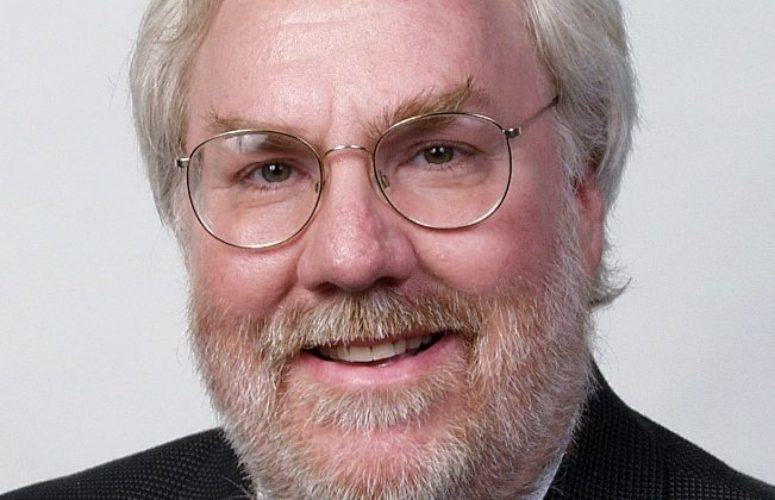 Drew Hopkins, a Pennington resident and chief information officer at Thomas Edison State University, facilitated the 1987 launch of the institution’s network-assisted courses and continues to oversee its technological endeavors.

The US Stock Market was heading toward a plunge, the Iran-Contra affair dominated the headlines and Platoon won an Academy Award for Best Picture in 1987. And, in March of that year, New Jersey’s only institution dedicated exclusively for adults launched its first online course.

“Other institutions believed the CALL Network to be a fad rather than a long-term alternative to brick-and-mortar course delivery methods,” recalled Drew Hopkins, chief information officer at Thomas Edison State University who facilitated the 1987 launch of the institution’s first network-assisted courses. “The foundation for the internet was still in its infancy, so in order to provide access to CALL from anywhere in the country, we had to provide dial-up access points that provided network connectivity across the US. Over the course of the project’s development, it was apparent that we were creating our destiny. There were certainly sceptics, but I knew from the very start that we were blazing a new road for higher education.”

Development of this new type of course delivery was supported by a $1.8-million Challenge Grant awarded by the New Jersey Board of Higher Education in 1986 under the Kean administration. The three-year grant helped create a network that enabled Thomas Edison students to access courses and services via a dial-up computer conferencing system.

Fittingly, the first course offered was “The Adult Years: Continuity and Change,” and 15 students were enrolled. By 1991, Guided Study on CALL courses, as they were renamed, became available to the general population of students.

“It felt like an adventure completing those first courses and ultimately achieving the dream that my family and I shared,” said James Valle, a retired senior investigator for the state of New Jersey and decorated military veteran who served on former President Bill Clinton’s security detail. “Thomas Edison State was the starting place that gave me the opportunity to complete a degree while I worked and provided for my family. The software was designed so that even those with little or no technical proficiency could do their course work using it and it gave me a comfort level with computer systems and software that I took with me after I completed my associate and bachelor’s degrees in human services.” Valle continued his academic journey to earn a master’s degree in criminal justice from New Jersey City University. “It’s been a wonderful ride. I will always treasure the smiles and happiness I shared with my wife, daughter and parents at my 1990 graduation ceremony.”

By 1995, the increasing ubiquity of personal computers and internet use fueled distance learning opportunities along with the institution’s expanding course offerings. Today, thousands of adults, from active duty military service members to registered nurses, who cannot sacrifice time away from their professional and personal responsibilities, depend on the university’s online courses and exams to advance their education.

There’s little doubt of the widespread acceptance of online courses today. According to a recent survey performed by the Babson Survey Research Group, Online Report Card: Tracking Online Education in the United States, 28 percent of postsecondary students in the US now take at least one distance education course. What’s more, this population of nearly 6 million students is now growing by an average of 217,275 students per year.

The university has awarded 56,460 degrees to more than 50,000 graduates since it began providing flexible, high-quality, collegiate learning opportunities for self-directed adults in 1972.