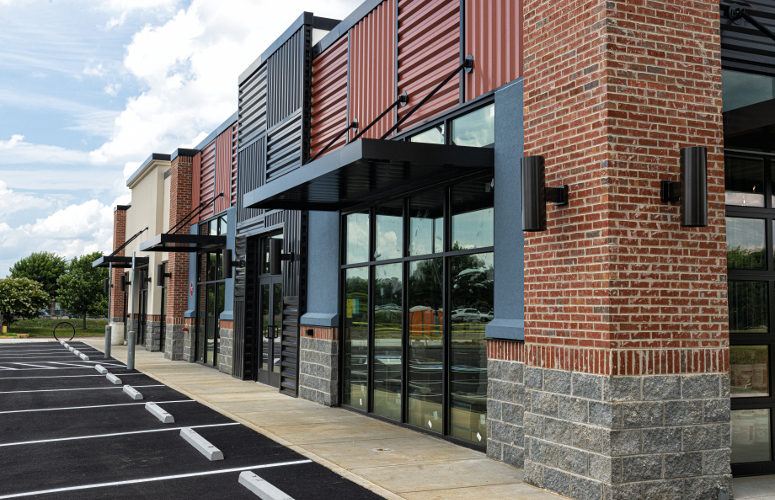 By Chuck Lanyard, President, The Goldstein Group On Aug 21, 2020

We have been hearing lately that the retail commercial industry, as we know it, is heading towards a “new normal”, but more likely it will be a new world. This metamorphosis of retail changing started long before the COVID-19 virus hit.

For many years, internet sales have consistently taken its toll on brick and mortar stores. For the past five years, internet purchases have increased approximately 10-15% over the prior year and more recently, from 2017-2019 the percentage has been closer to 20%. As a result of the strong economy and very low unemployment rates, many retailers thrived, and profits soared as they evolved into a combination of successful brick and mortar stores along with the supplement of retail online sales.

Naturally, the pandemic changed all that. The nearly complete shutdown of brick and mortar stores, which began at the end of March 2020, has resulted in the unprecedented level of online retail sales increasing to nearly 49%. But, of course, the shutdown has also produced the worst retail sales on record. In this past April alone, retail sales fell an astounding 16.4%.

We were experiencing the shrinking of bricks and mortar stores even before this crisis. Many industry pundits have long felt that there are far too many retail properties. It’s been said that the general consensus is, we are either “overbuilt or under demolished.” The result has been that in the past few years, many retail properties have been transformed into other commercial and residential uses for the first time. Now, with the advent of the Covid19 virus, it is expected that this trend will be accelerated.

The end result is that there has been a diminishment of the number of retail properties in New Jersey. We are seeing retail properties being converted to new uses, such as industrial facilities, offices, self-storage sites and hotels. And in some locations, even such unique uses as gun ranges, swim schools, veterinary centers, bounce houses/trampoline centers, and day care centers have taken over sites that were formerly retail. In Monmouth county, in one instance, a former restaurant site actually became a funeral home.

We are also seeing a transition at enclosed malls. Malls are no longer a place to go for families to spend a day shopping and dining together. Across the country, several malls are being transitioned into mixed use developments comprised of uses such as residential, schools, hospitals, medical facilities and colleges. Also, entertainment uses, such as children’s activity places, bowling alleys, other specialty venues are being introduced into malls as a way to entice people to come back to malls. In New Jersey, the Westfield Garden State Plaza in Paramus and the Monmouth Mall in Eatontown have publicly announced proposed changes to add these new components to their existing mall locations

Some examples of retail conversions in New Jersey over the past few years include:

New Jersey has also seen an influx of retail sites which are now either medical facilities or urgent care centers. For years, shopping center owners shunned medical uses as tenants in their centers because it was felt that it wasn’t good to mix medical with retail stores. That all changed in recent years with many medical facilities now going into traditional retail space. As an example, numerous former restaurants and banks, have already been, or will soon be converted into medical and urgent care centers. Most of these sites are desirable for medical facilities due to their high-profile locations with convenience and easy access. Some examples in New Jersey where we have seen these conversions include:

As the COVID-19 virus continues to take its toll on the U.S. economy, along with the impact of internet sales, we will continue to see retail evolve in so many ways. As we hear daily and weekly announcements of numerous store and restaurant closings, along with bankruptcies, retail properties will be considered for repositioning into nonretail uses. Only time will tell how much retail shrinking we see before it levels off. Retail will always survive, but the retail world we have been so familiar with for over 40 years, will be changed forever.