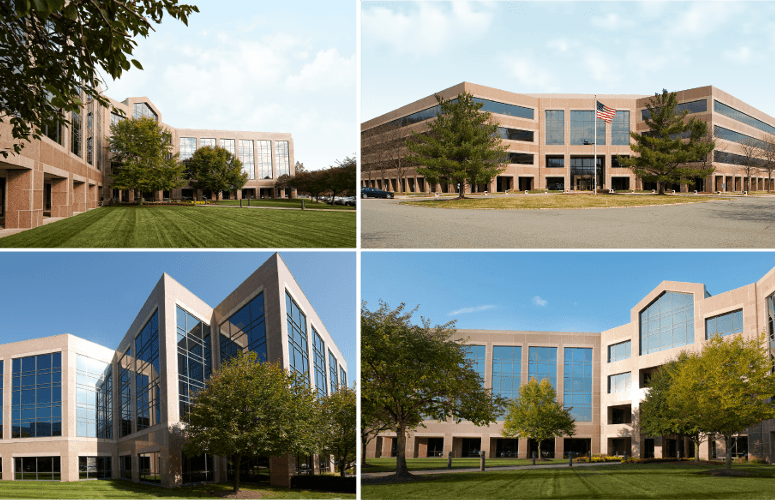 Will there be a flight from urban centers back to the ‘burbs,’ or will work at home prevail?

To say that New Jersey’s commercial real estate (CRE) market, particularly the office sector, is not conducting “business as usual” would be a gross understatement, as we are most definitely in uncharted waters amid the throes of the coronavirus global pandemic.

The school of thought among experts, regarding where the market is now, and the trends or forecasts moving forward vary, but one thing they agree on (although the market is exhibiting signs of a slowdown) is that things will improve and the market will ultimately bounce back and persevere.

“The suburban office market before ‘corona’ was soft but improving gradually,” says Andy Billing, general manager of Parsippany-based Commercial Realty Group (CRG). Billing points out, as do many other industry professionals, that virus-related uncertainty has frozen current market activity, but it’s destined to reemerge. “I happen to think the economy will snap back quickly as things normalize, and think overall that the ‘corona’ effect on the suburban office market will be mildly negative,” Billing says.

NAIOP New Jersey CEO Michael McGuinness adds, “The positive thing is that coming into the pandemic we had record low unemployment, low interest rates, and an abundance of available jobs.”

Once the dust settles and strategies are firmly in place for the new models of offices being proposed, uncommon phrases in the commercial real estate world will be heard. New terminologies will include buzzwords like reduced density, six-foot spacing, masked-spacing, risk analysis, and open door policies, for example.

“Everyone in our industry is highly aware of the pandemic and the challenges associated with it,” says NAI Hanson’s Josh Levering, SIOR. “Tenants, owners and representatives are all acting very professionally and accordingly.”

The reconfiguring of office spaces will be a massive undertaking requiring an array of strategies. Some examples are: controlled access to offices; redesigned work stations and office layouts; the aforementioned open-door policy to allow ventilation; UV air-sterilization; and indicator lights to signal when occupied spaces become free, to name just some examples.

As these fail-safe measures are carefully implemented, some will have to be systematically vetted, and it will take time to fully orchestrate them to perfection. “As we bring people back to the workplace, to a degree there will be a ‘live playbook’ written in real time,” says Andrew Judd, managing principal with Cushman & Wakefield.

“The office models being put in place for the utmost safety of occupants is a huge task, but not one that can’t be met utilizing good organization and common sense,” Judd adds.

However, some experts are predicting that the coming changes in terms of things like the configurations of interior offices, from the tighter more close-knit shared work spaces that have been trending of late, to more “spread out” scenarios, might actually lead to tenants taking more space not less. “A potential positive factor is a need for tenants to take more space to provide extra room for social distancing,” Billing says.

That said, the polar opposite theory is one that continues to allow workers to remain working at home, which could have the reverse effect and contribute to firms reducing their footprint in terms of space.

“A potential negative factor (and one that concerns us) is if companies become more comfortable allowing former office occupants to work from home, perhaps those employees will resist a return to the office due to fear of contracting the virus,” Billing says.

Some business analysts say that’s not an ideal situation. They are quick to recognize that a multitude of businesses and specific types of job functions or employees are not able to simply adapt to the work-at-home environment, thereby stifling their ability to function productively and efficiently in a non-group, non-office environment.

Only time will tell as things play out, what the new playing field will look like in terms of whether it will be the “home court advantage” that many are now enjoying or conversely the “get back to work” scenario that many others prefer. “Moving forward, I believe it will be a hybrid model in terms of what we’ve been doing the last few months, and what we had been doing for many years,” McGuinness says.

Another theory in the CRE market being presented because of COVID-19 is a reverse migration to the suburbs as firms opt out of the more densely populated urban areas.

“That certainly is a potential positive factor in the mid- to long-term, a flight from harder hit densely-populated areas to the suburbs that is highlighted by a preference for individual commuting over mass transit, among other reasons,” Billing points out.

“Some of our weaknesses, and what some consider our faults, are actually turning out to be some of our strengths,” Judd says. For instance, many people in New Jersey still drive (to work) alone and now there may be an advantage of solo-commuting in the “burbs” versus mass transit in city environments.

However, if the COVID crisis has a major negative effect on the urban market, it would be tantamount to “throwing the baby out with the bath water” as urban environments have in recent history received benefits at the expense of suburban communities.

Those benefits have included pubic infrastructure investments and tax and interest subsidies including tax abatements, such as New Jersey’s urban transit tax credit incentive program, put in place to specifically drive development towards the urban core, and direct aid grants.  These commercial subsidies are paralleled by investments in the residential sector and accompanying public investments in other ancillary areas ranging from parks and playgrounds to other recreation areas like Hoboken and others dotting New Jersey’s urban “Gold Coast.”

“A turning away from urban lifestyles, based on family concerns for isolation and COVID distancing protocols, undercuts a two-decade public investment in the rebuilding and reinvestment of urban places,” George Kimmerle, PhD, AIA, states emphatically. Kimmerle heads Kimmerle Group, based in both rural Harding, New Jersey, and urban New York City, literally both sides of the coin.

“Public policy in light of COVID-19 will certainly need to adapt and transition to a more balanced position, one that embraces existing suburban downtowns and a series of ex-urban clusters (new towns) located at key highway and transit intersections as the model for development expansion in this new era,” Kimmerle goes on to say.

“The overall issue of extreme densities in these areas will be questioned with a retreat to moderate and less aggressive development patterns as previously advanced by towns such as Morristown, New Brunswick, Metuchen and other transit-located development zones throughout the state,” Kimmerle says matter-of-factly.

So what does the future hold, in terms of a CRE office forecast?

“Regarding what the future holds, it’s going to be at least 6 to 12 months before sellers, buyers and borrowers alike are going to be realigned with what it is that they are going to be able to transact,” says Levering. “Because at this point we’ve gone months without data points for valuation, making everyone cautious.”