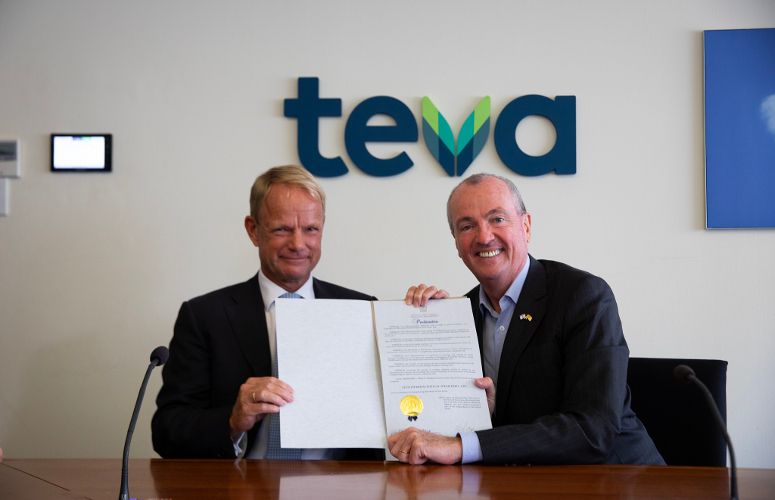 Announced earlier this year as part of a global restructuring process, Teva will establish its North America headquarters in Parsippany-Troy Hills, including more than 1,000 high-wage jobs and the transfer and creation of more than 800 positions. Teva accepted an offer of 10-year, $40 million tax savings incentives from the NJ Economic Development Authority to move forward with its plan to negotiate a lease for office space in the Parsippany-Troy Hills area.

“We’re entering into a new era of innovation and growth as a leading global generics and biopharmaceuticals company,” said Brendan O’Grady, EVP and Head of North America Commercial, Teva. “New Jersey offers Teva North America a value proposition of a unique biopharma cluster of universities and life sciences organizations in which Teva can build its future in North America—and today’s event is an important recognition of this milestone.”

This ceremony marks another step forward in Teva’s global restructuring efforts to drive savings, restore financial security and stabilize its business. Reducing the number of sites is part of Teva’s strategy to unify and simplify the organization, as well as improve productivity and efficiencies.

“We’re pleased to honor Teva today in recognition of its long-time partnership and commitment to innovation in New Jersey” said Governor Murphy. “The presence of global life sciences companies like Teva is critical to our ability to strengthen our prosperous innovation ecosystem. We’re excited to welcome Teva to the Garden State–the location to be for the world’s most competitive life sciences companies.”

Michael Heinz Takes over as Chairman, CEO of BASF Corporation