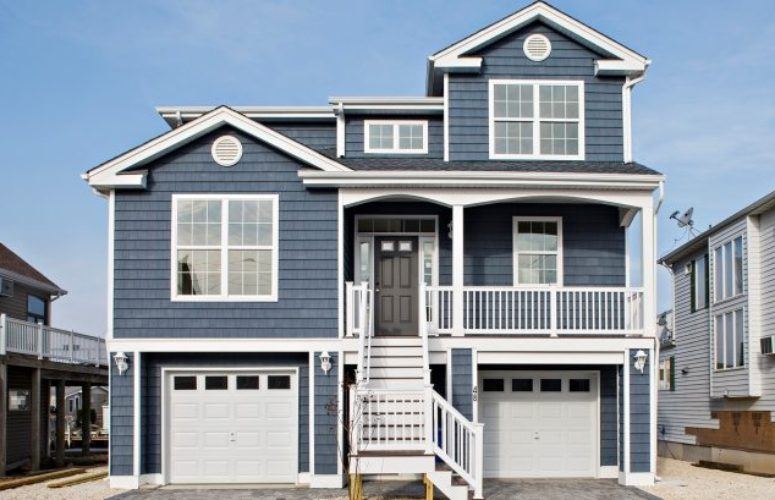 Three and a half years after Hurricane Sandy, the rebuilding effort is still ongoing for many South Jersey homeowners. “For those who want to rebuild their storm-damaged homes, there are still financing options available,” according to Ed Walters, Jr., founder and president of Walters Homes.

Walters Homes has been working with residents on their rebuilding efforts since the storm hit the Jersey coastline in 2012. Whether residents are receiving federal disaster assistance, insurance benefits or construction loans, Walters has streamlined the process to help residents get the information they need while assisting with the submission of necessary documents throughout the construction phase.

“Most people working with federal grant money really appreciate the support we provide especially when it involves sorting through paperwork and dealing with adjustors,” said Pam Schuster, sales and closing coordinator for Walters Homes.

“We’ve tried to make the rebuilding process easier for Sandy victims so they can rebuild their homes and get back to their lives,” said Ed Walters, Jr. Walters Homes has reconstructed roughly 164 homes in coastal locations ranging from Little Egg Harbor Township to Manasquan. Many of these homes are located in V-zones (velocity zones) and are being elevated on pressure-treated pilings. Walters Homes are FEMA flood compliant, Energy Star® Certified, and stick built from the ground up. The developer handles the entire process from start to finish.

Since 2014, Walters has rebuilt and closed on 50 single-family homes for residents participating in the Reconstruction, Rehabilitation, Elevation and Mitigation (RREM) program, New Jersey’s main Sandy recovery initiative. As a state-approved RREM builder, Walters currently has another 24 RREM-funded houses under construction. Walters averages two to three closings per month with homeowners who went through the RREM program. The maximum grant applicants can receive is $150,000.

To date, the Department of Community Affairs reports that there are about 7,800 people in the RREM program throughout New Jersey’s nine Sandy-impacted counties (Atlantic, Bergen, Cape May, Essex, Hudson, Middlesex, Monmouth, Ocean, and Union). Of those, 7,004 have received notices to proceed with construction. Of those, 3,132 have completed construction, and 4,668 remain under construction.

Although the RREM program stopped taking applications in 2014, some people are just now undertaking their rebuild projects. “People have one year to complete construction from the date they get their grant award. But if they can’t meet the deadline, they can apply to the Department of Community Affairs for an extension. As long as the DCA sees progress from the buyer that they have signed a contract with a builder and are moving forward, getting an extension has not been a problem,” adds Schuster.

Walters also works with homeowners who are filing an Increased Cost of Compliance (ICC) claim. ICC is a flood-policy benefit that provides up to $30,000 for construction required by new floodplain standards, such as elevating a house. ICC claims are filed through a homeowners’ insurance carrier.

The Walters team assists applicants by submitting all necessary ICC documents to show that construction is in compliance with the local flood plain ordinance. Homeowners still have time to apply for the program and have until October 29, 2018 to complete raise or rebuild projects, according to the National Flood Insurance program. For more information, visit www.floodsmart.gov.

Homeowners who’ve been affected by Sandy and no longer want to keep their home, there is another option. The state created the Fund for Restoration of Multifamily Housing (FRM) to help finance the development of affordable multifamily housing in the nine Sandy-impacted counties. So whether a homeowner wants to sell, downsize or rent, they are given priority during the first three months of lease-up in properties that were built using Sandy recovery dollars. Renew Jersey Stronger lists some of the multifamily projects that are accepting applications for lease on their website at www.renewjerseystronger.org.

Among the approved FRM projects are two affordable housing communities for seniors (55+), currently under construction by Walters Group, the parent company for Walters Homes. The two housing projects are in Barnegat and Toms River and are expected to be completed by year-end. Walters is also planning the development of workforce housing projects in Delanco, Jackson, Howell, and two in Lacey Township. Two additional housing projects are awaiting final approval in Seaside and Stafford.