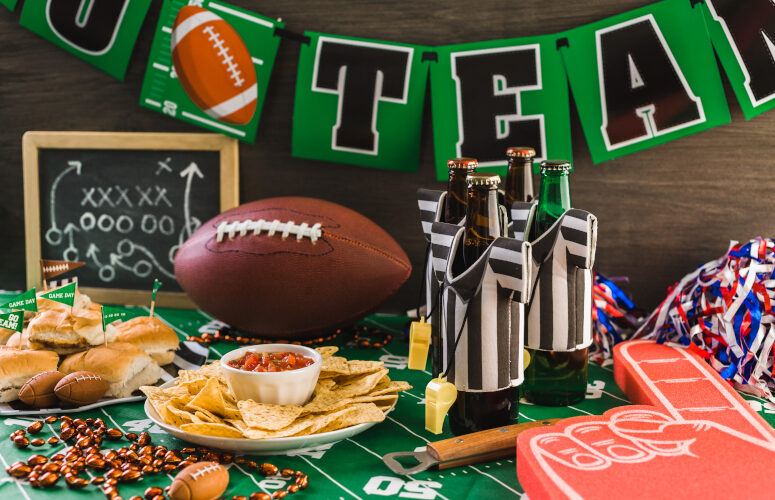 Nearly Half of Americans Favor Sports Gambling, 22% Will Bet on Super Bowl

For this year’s Super Bowl, 36% of those watching the game say they will do so with people that include individuals outside of their immediate families. The number of those who say they will gather with others is up 11 points from 25% just a year ago. This significant increase is good news for bars, caterers and other related services, and perhaps reflects news in recent days of a loosening of COVID-19 rules and restrictions throughout the country.

“The impact of COVID-19 on the economy has been unprecedented and the multi-billion dollar sports industry and its ancillary business have not been immune,” said Seton Hall Marketing Professor and Poll Methodologist Daniel Ladik. “Everyone from parking attendants at the games to the local deli preparing cheese platters and six foot sandwiches for a Super Bowl party has been impacted. Perhaps these numbers are a harbinger of a step toward normalcy.”

These were the findings of a Seton Hall Sports Poll conducted Feb, 4-7 across the United States using a national representative sample weighted according to gender, age, ethnicity, education, income and geography based on U.S. Census Bureau figures. The Poll featured 1,520 adult respondents with a margin of error of +/- 3.2 %. Super Bowl viewing questions were asked only of those (N=959) who said they would be watching the game.

How Will They Watch? A Further Shift to Cord Cutting

A year ago, TV only viewing was 79% for the general population and Non-TV device was just 7%. The number who will be using both, however, remained constant at 14%.

Among sports fans, the migration numbers were even more glaring with 70% saying they would watch on TV only (versus 80% last year). Among self-described “avid fans,” just 56% said only TV this year (versus 70% last year).

Following the same trend, this year the number of sports fans who said they would be watching on a Non-TV device rose to 13% (8% last year) while avid fans registered at 20% (11% last year).

“The migration from traditional television viewing is continuing,” said Professor Ladik. “Although broadcasters need to take heed, I would suggest this shift represents a tremendous opportunity for advertisers who may not have the financial resources to underwrite a traditional Super Bowl commercial. The numbers say there will be a lot of eyeballs online and on social media during the game.”

What Part of the Super Bowl Are You Most Looking Forward To?

Asked which facet of the Super Bowl presentation they most looked forward to, only 47% of the general population who said they would be watching said the game itself. Halftime show came in second with 24% and commercials followed with 23%. Among sports fans the number was 53-22-20% (game, halftime, commercials) and among avid fans, 60-22-14%.

Should Sports Betting Be Legal?

Asked if sports betting should be legal, 47% of the general population (the full sample, N=1520, not just Super Bowl viewers) said yes, with 27% saying no. Among sports fans, that number increased to 59% in favor (25% no), while among avid sports fans the number rose to 72% in favor with just 19% opposed.

“Factor out those who don’t know or hold no opinion and the majority of Americans – and an even greater number of sports fans believe that sports betting will lead to cheating and fixed games,” said Charles Grantham, director of the Center for Sport Management within Seton Hall’s Stillman School of Business, which sponsors the Poll. “The leagues and team owners, who are benefiting financially from these sports betting arrangements, have a duty to ensure the integrity of the games. Even the suspicion of game fixing or cheating undercuts that integrity.”

Maximizing Your Chances of Success When Starting a Small Business