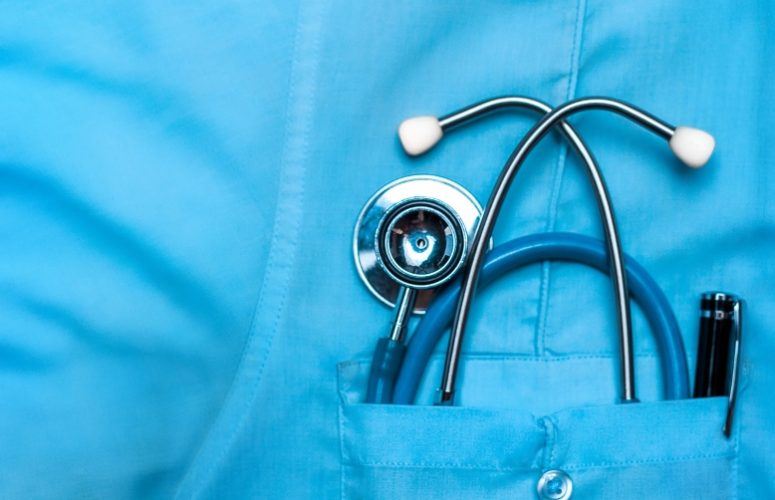 August marked the annual observance of National Immunization Awareness Month, but as schoolchildren return to the classroom, a new analysis from the Center for Health Analytics, Research and Transformation (CHART) at the New Jersey Hospital Association shows a growing number of New Jersey students receiving exemptions from the minimum required vaccinations.

In the past five years, the number of children receiving religious exemptions from state regulations on required childhood vaccinations has increased nearly 53 percent, according to CHART’s analysis of data in the Annual Immunization Status Reports from the N.J. Department of Health. The study shows that 1.7 percent of students – roughly 17 out of every 1,000 pupils – received the exemption in the 2013-2014 school year, compared with 2.6 percent in the 2018-2019 school year.

That was among the findings in the latest CHART white paper, titled “Lack of Immunizations Spreads Disease Threat Across New Jersey.” The study, available at www.njha.com/CHART, takes a closer look at three vaccine-preventable diseases – measles, influenza and pneumococcal disease – to segment cases across New Jersey counties and track them against national data.

The data also confirms what flu sufferers in the 2017-2018 flu season already know – that the strain that winter was especially virulent, striking more New Jersey residents and filling hospital emergency departments more than most flu seasons.

“Measles was eradicated in the United States almost 20 years ago, and yet we see incidence increasing in New Jersey, the United States and globally. Influenza and pneumococcal disease also pose major health threats despite the availability of vaccines,” said Sean Hopkins, senior vice president of CHART. “Our goal with this study is to more fully understand the landscape of these vaccine-preventable conditions in New Jersey, so we can better protect our residents from illnesses that can – and should – be prevented.”

The report also notes the decline in public trust in vaccine safety, with consequences that extend beyond the health of communities and individuals. A 2016 study published in Health Affairs found a total financial burden of $9 billionannually from vaccine-preventable illness in the United States. Most of that total, 95 percent, was the estimated cost of direct healthcare services; the remaining 5 percent represented the result of lost wages during treatment.

“The cost of preventable illness is too great – and I’m not talking about the actual costs of care,” said NJHA President and CEO Cathy Bennett. “As a healthcare system and as individuals, we must prioritize easy interventions, like vaccines, that are proven effective in protecting us against serious and life-threatening illnesses.”

This analysis is based on data from the state’s Annual Immunization Status Reports and New Jersey hospital claims data, along with federal data from the CDC. Following are key findings from three vaccine-preventable conditions in New Jersey:

The United States is in the midst of a significant rise in measles cases, with 1,203 individual cases confirmed in 30 states through Aug. 15, 2019. New Jersey represents 18 of those cases, confirmed through Aug. 16, with Ocean County having the highest number of cases. The seven-month national total is already more than three times the number of cases reported in all of 2018.

New Jersey hospitals admitted 2,439 inpatients for influenza-related illness in the 2018-2019 flu season, with another 27,021 individuals treated and released from hospital emergency departments. Those totals pale in comparison to the 2017-2018 flu season, when 3,932 patients were hospitalized for influenza-related illness and 35,307 were treated in hospital EDs. While influenza is generally considered the greatest threat to senior citizens, the virulent strain of flu in the 2017-2018 flu season sent 21,833 people ages 19-64 to the emergency department, compared with 5,559 people ages 65 and older. However, more seniors (2,522) were hospitalized for their illness, compared with 1,153 for those ages 18-64.

As demonstrated in the 2017-2018 flu season, the annual vaccine isn’t always a good match for the predominant strain of flu any given winter. However, the flu shot remains an easily accessible way for individuals to protect themselves from serious illness. Despite widespread accessibility to the vaccine, the rate of influenza per 100,000 population has grown significantly in New Jersey in recent years. The influenza rate more than doubled in the state the last two years, from 152.7 cases per 100,000 population in 2017 to 317.4 in 2018. That’s an increase of 108 percent.

Pneumonia can be caused by a variety of viruses, bacteria or fungi. The most common cause, the bacteria Streptococcus pneumoniae, can be prevented with two types of vaccines. Statewide rates for overall pneumococcal disease have remained relatively stable between 2014 and 2018, with the exception of 2017, when the rate of Streptococcus pneumoniae jumped to 7.7 cases per 100,000 population, compared with 6.5 in the prior year. While a link has not been confirmed, that increase coincides with the increased illness of the 2017-2018 flu season.

All told, New Jersey hospitals reported 13,012 inpatient admissions and 15,262 emergency department visits for all types of pneumonia cases in 2018.