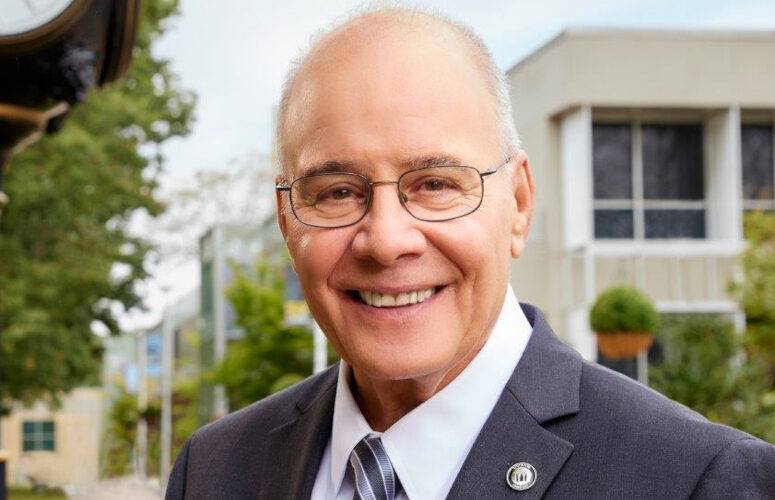 Stockton University President Harvey Kesselman announced late yesterday that he will retire as the university’s fifth president at the end of the fiscal year, June 30, 2023.

“There are no words to accurately express how I feel about my beloved alma mater. My time and tenure with Stockton have been nothing short of amazing, exceeding all of my expectations,” Kesselman said in making his announcement at the Board of Trustees meeting at the Stockton Atlantic City campus.

Kesselman is a member of the first class at then Stockton State College in 1971. He continued on to become a faculty member, and has held several mid- and senior-level administrative positions, including provost and executive vice president. He began serving as acting president in April 2015. The university’s Board of Trustees named Kesselman president in December 2015.

His career parallels the institution’s growth, from a small college in the Pinelands National Reserve to a world-class university with locations in Galloway, Atlantic City, Hammonton, Manahawkin and Woodbine.

“More than seven years ago, I began my presidency with the guiding principle of students first. Together, our dedicated faculty, staff and administrators worked tirelessly with me to deliver on the promise of making a Stockton degree more valuable each and every day,” he said.

Kesselman shepherded the university through its expansion to Atlantic City and successfully championed equitable funding for public colleges and universities in New Jersey. Highlights from his presidential tenure include:

“More than 50 years ago, I made a life-changing decision. A decision to explore something new and different, something with promise and possibility, something I knew would be challenging but also transformative. It has proven to be one of the best decisions of my life,” Kesselman said.

Under his leadership, Stockton University received INSIGHT Into Diversity magazine’s Higher Education Excellence in Diversity Award in 2016, 2017, 2018 and 2021, and the 2018 Inclusive Excellence Awards from the National Association of Diversity Officers in Higher Education. Stockton has earned national recognition as a front-runner in civic learning, community engagement and sustainability, receiving the American Association of State Colleges and Universities’ Excellence in Innovation Award for Sustainability and Sustainable Development in 2016, for Civic Learning and Community Engagement in 2017 and for Regional and Economic Development in 2021.

Raymond Ciccone, chair of Stockton’s Board of Trustees, thanked Kesselman for his commitment to the university and its 60,000 alumni. “Stockton would not be the nationally ranked, thriving institution it is today if not for the dedication and hard work of Harvey Kesselman for nearly five decades,” Ciccone said. “He is an extraordinary, strong leader who not only planted himself where he could grow but did the same for this once small college in the Pines.”

Ciccone said the university will initiate a national presidential search in the coming months, and Kesselman will remain at Stockton as President Emeritus and Tenured Professor of Education after the new president is selected.