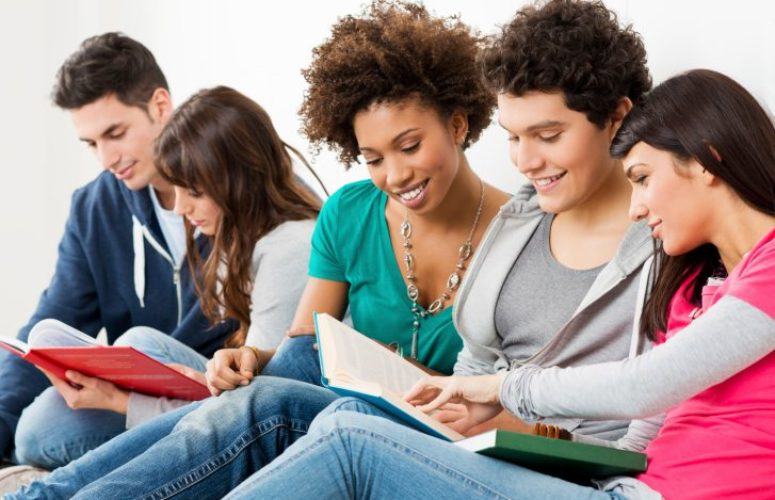 Stockton University is New Jersey’s newest institution of higher learning, as the Board of Trustees voted to change Stockton’s official designation and name from that of a college to a university.

“Since its founding in 1969, Stockton has had many names, but one consistent mission: excellence in teaching, dedication to learning, and a tradition of community service,” said President Herman Saatkamp. “In becoming a university, we honor those values while continuing our journey as an environment for excellence and a partner in New Jersey’s social and economic development.”

The change was approved by Rochelle Hendricks, New Jersey Secretary of Higher Education, after research and study by her office and outside consultants, who visited the campus and recommended that Stockton be recognized as a comprehensive university. The Executive Committee of the New Jersey Presidents Council, made up of the presidents of the state’s public, private and community colleges and universities that receive state aid, also voted for the change.

“It was with pleasure that I signed a letter approving Richard Stockton College’s petition to be granted university status and to change its name to Stockton University,” said New Jersey Secretary of Higher Education Rochelle Hendricks. “I congratulate the new university and know it will continue its strong commitment to academic excellence.”

Stockton had met the requirements to be designated a university for over five years and already was classified as such by the Middle States Commission on Higher Education, the Carnegie Foundation for the Advancement of Teaching, U.S. News and World Report and The Princeton Review.

Comprehensive universities emphasize teaching, and offer master’s degrees in a variety of academic disciplines and professional fields, as opposed to research universities.

Stockton’s graduate programs have grown since the first master’s degree program, the Master of Physical Therapy, was approved in 1994. The first doctoral program, the Doctor of Physical Therapy, was approved in 2006. Today, the board authorized a step in the state approval process for a new doctoral degree in organizational leadership to be offered in the School of Education. Once it obtains the necessary approvals, the program is expected to be offered at the Atlantic City Island Campus in 2016, which would bring Stockton’s total number of graduate programs to 14.

The name change highlights Stockton’s tremendous overall growth in academic achievements and new programs, as well as its new facilities.

Stockton University plans to open the Stockton-Island Campus on the Boardwalk in Atlantic City in the fall of 2015, after renovating the former Showboat Atlantic City casino hotel purchased for $18 million in December 2014. Stockton’s geographic reach had already increased in recent years with the opening of instructional sites in Ocean, Cape May and western Atlantic counties.

Classes began in the Mayflower Hotel on the Atlantic City Boardwalk in 1971 with 1,000 students, 97 staff and 60 full-time faculty. The school moved to the Galloway campus on 2,000 acres in the Pinelands National Reserve in 1972.

“The Board of Trustees is very pleased that the New Jersey Secretary of Higher Education recognizes Stockton’s academic achievements in designating the college now as Stockton University,” said Dean Pappas, chair of the board.  “We are very proud of this milestone.  We will continue to focus on providing the best possible education for our students in the most effective manner. ”

A campus-wide celebration held in the Campus Center following the board meeting featured the new seal and the unveiling of a large banner with the new university logo.  A special video made for the occasion was aired and attendees received special baseball caps with the new logo.

Whether to seek the change had been the subject of research and internal discussion at Stockton for nearly two years. Faculty, staff, students, prospective students and parents, alumni and over 1,400 members of the public in South Jersey were surveyed, and “town hall” discussions were held.

The results of the surveys, independent research and other feedback led the Pan-College Task Force on University Status, comprised of faculty, staff, students, alumni and members of the community, to recommend in September 2014 that the change be pursued.

“The change from college to university status has been more than simply a reclassification. This decision has come after a great deal of critical thought and self-reflection by our community and perhaps this fact is what is most significant,” said Dr. Rodger Jackson, president of the Faculty Senate and a professor of Philosophy.

“We took our time to ensure that everyone had a chance to contribute, to give their input, to question, to debate. In so doing, we rejected the idea that others should decide who we are and reaffirmed our original Stockton ethos of an engaged academy forging its own future,” said Dr. Jackson.

“It’s great to be a part of Stockton history and most students are excited to be here for the transition,” said Carl Archut Jr., of Paulsboro, NJ, who is president of the Student Senate. “They feel that Stockton is really taking a step up.”

“Students were given an opportunity to voice their opinion on the idea of university status in a survey, and they were happy to be able to contribute to the conversation,” Archut continued.

“Their concerns about Stockton’s culture, class sizes and tuition were all addressed, and as a student representative on the Pan-College Task Force, I felt confident in voting in favor of it. I’m excited to see where Stockton goes from here.”

The estimated costs of a name change, which are expected to be phased in over five or more years, range from $654,208 to $956,082, depending on what is included. The range covers replacing signage and updating institutional and marketing materials such as stationery, business cards, flags, seals and banners. Some of those materials are updated and reprinted annually and their costs would be absorbed in existing budgets. Some items of historical significance may not be changed.

“The institution’s culture as a community committed to student-centered education will continue to flourish as Stockton University,” President Saatkamp said.