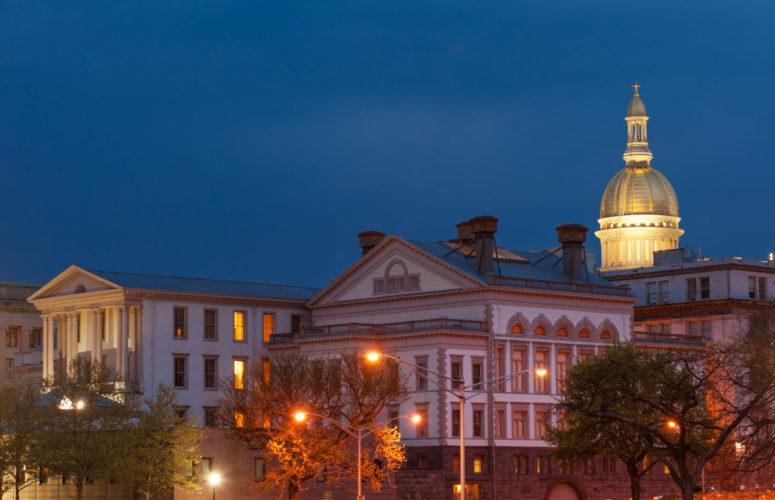 State of the State: Murphy Renews Familiar Calls as He Looks to 2019

Gov. Phil Murphy’s State of the State address Tuesday made one thing perfectly clear: New Jersey’s economic incentive programs will look a lot different when the time comes for his second annual report to the Legislature.

Just shy of one year after being sworn in, Murphy delivered a State of the State address driven by a recently released comptroller’s analysis of the $11 billion in tax credits and incentive provided to corporations over the past eight years.  The report strongly criticized the programs from not delivering the jobs and economic benefits they were supposed to.

“This is about wasted money, phantom jobs, squandered opportunities, and misplaced priorities. This is about a failed status quo and a broken system,” Murphy said, criticizing the programs for lack of oversight.

“I do not oppose tax incentives,” he continued. “Carefully crafted, properly enforced, and transparent tax incentives have a place in a successful economic program. … But, we need to do this the right way, the smart way and the honest way.”

Murphy also conceded that, “The overwhelming majority of companies receiving a tax incentive are good actors,” though he remained firm in calling for a new program – one that he said will be about “fostering the new economy rather than simply helping a few big corporations.”

“We maintain that state tax incentive programs for business of all sizes should be transparent and appropriately monitored, but also an important strategy to make New Jersey competitive and affordable,” commented Michele Siekerka, president and CEO of the New Jersey Business & Industry Association (NJBIA), in response to Murphy’s address.  “New Jersey is a national outlier on taxes and business climate. Looking forward, we must recognize that added taxes and mandates have a cumulative impact on the overall cost of doing business in New Jersey.”

On other issues, Murphy pledged to fix NJ Transit’s ongoing problems, saying the full focus of his plans will be on “improving customer communications, service and reliability.”

Senate President Steve Sweeney noted that the problems with NJ Transit were years in the making.

“We acted quickly to put in place a comprehensive plan for reforms that the administration has adopted,” said Sweeney. “The conditions for commuters deteriorated for years so the reforms will take some time to be fully realized, but this effort will require diligence and follow through. Its success can’t be taken for granted.”

Murphy said he will outline additional investments to further improve NJ Transit in his budget address in the coming weeks.

While the governor’s focus remained on the year ahead, he did revisit two top issues from 2018, continuing to urge for the enactment of a $15 minimum wage, as well as the legalization of adult-use marijuana.

“Working together with the Senate President and Speaker, we have made great progress over the past several days on final legislation to raise our minimum wage. I appreciate the progress we have made and I know, working together, we will get this done,” Murphy said.

Sweeney, who said he is a long-time fighter for an increased minimum wage, commented, “I understand its importance and the difficulties in getting it done in ways that aid workers and support economic growth and opportunity. We have made real progress by working with the governor and Speaker Coughlin. We have a proposal that addresses the Governor’s concerns that I believe will put New Jersey in the forefront of the movement to build a high wage economy.”

Assembly Republican Leader Jon Bramnick responded to the address by voicing his concern over New Jersey’s affordability and the continued “mass exodus” of its residents, evident in recent years.

“New Jersey residents have seen 169 new laws – [not one of which] – related to making the state more affordable. There was no plan – not one mention – of how [Governor Murphy] was going to make this state affordable,” said Bramnick, who pointed to the fact that New Jersey is the number one “exit-state” in the nation according to United Van Lines’ 42nd Annual National Movers Study. The study revealed that more residents moved out of New Jersey than any other state in 2018.

“I don’t think anything said today is going to stop the exit from New Jersey,” Bramnick said.