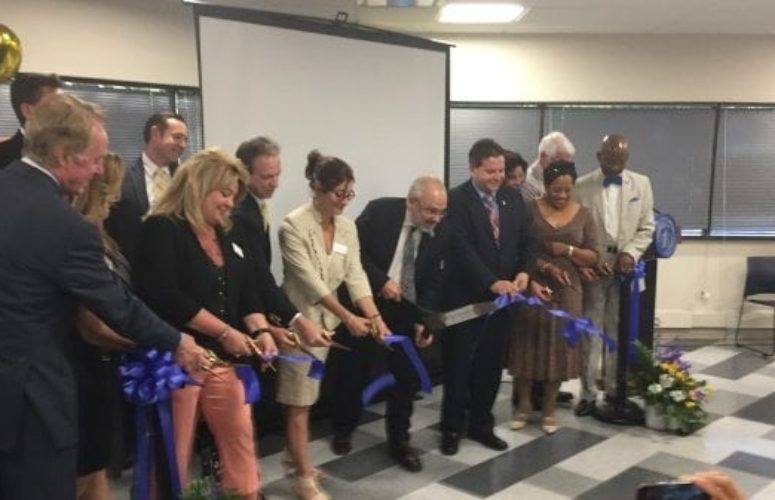 Higher education has a long and storied history in New Jersey, and among its latest developments is Centenary University’s School of Professional Studies (SPS) new Parsippany location, which this week held a ribbon-cutting replete with a crowd-rousing motivational speech given by Eric LeGrand, a former Rutgers football player who sustained a severe spinal cord injury on the field in 2010. While detailing his inspiring tale of confronting adversity, LeGrand told the audience, “… the definition of success is the peace of mind you get from knowing that you did everything you could, to be the best you can be.”

LeGrand’s remarks appeared to dovetail with the evening’s overall focus on adult learners seeking to better themselves via education. Centenary University’s President Dr. David P. Haney said, “In the changing landscape of higher education, there is no such thing as a traditional student, anymore. It used to be that you would talk about SPS students as non-traditional students. I don’t think that works anymore, because the non-traditional is becoming the traditional.”

The 20,000-square-foot SBS Parsippany location at 7 Campus Drive in Morris County is literally in the middle of Northern New Jersey, and minutes from Morristown. The university says that “students in the SPS program can take classes in a variety of formats: one-night-per-week, completely online, or through a blended approach, which combines online and in-class methods.  The curriculum combines theory and practical experience, allowing students to apply knowledge acquired immediately.”  SPS students can enroll in a variety of degree programs (SPS’s inception was in 1999 and Centenary itself was founded in 1867).

The Parsippany location notably houses the university’s second Social Media Center of Expertise, called #the VIBE.  Centenary notes that the 2015 opening of its first social media center in Hackettstown was so successful that it warranted construction of this second center.