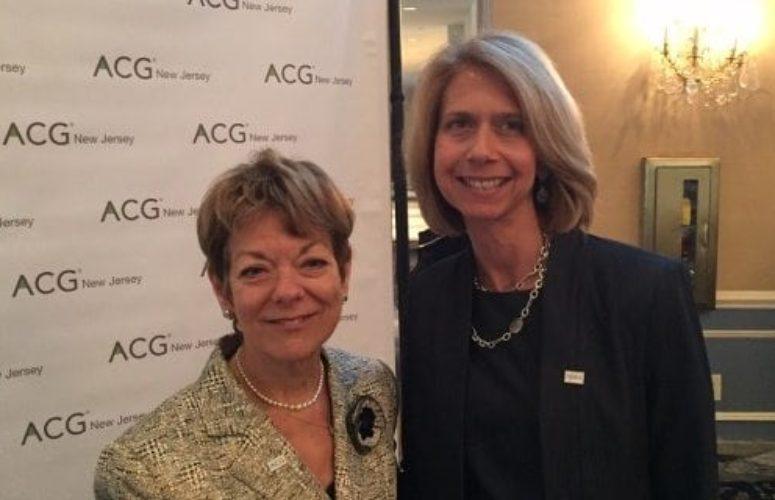 Michele Siekerka, president and CEO of the New Jersey Business & Industry Association (NJBIA), today led a town-hall style session at the Association for Corporate Growth NJ (ACG NJ) 2017 Conference and Awards event at The Palace at Somerset Park, and focused on the intricate triumphs and challenges New Jersey now faces.  Much of her message was positive, and she said, in part, “What we have seen over the last few years is continuous slow and steady [economic] growth in New Jersey, and I think we are all very proud to know that [labor market] gain in 2016, in the state of New Jersey, was the highest since the year 2000.  That’s a great reflection of where we are in our state of New Jersey.”

That said, NJBIA members are broadly concerned about the cost of providing healthcare to their employees, property taxes (as well as taxes, overall), and the general cost of doing business. And while housing construction, healthcare facilities and traditional retail companies may be struggling, strong industries in New Jersey include finance, insurance, real estate, non-business construction, utilities/services and manufacturing.

While in 2016 some 70 percent of NJBIA members made investments in their companies (including, but not limited to technology, equipment, products and the workforce), Siekerka said,  “Coming into 2017, your hands are frozen on your wallet. You are waiting for some signs, and I think that comes from a little bit of regulatory and political uncertainty.”  At the federal level, there is much partisanship, and within New Jersey, all legislators are up for election.

Siekerka said, “You feel really good about what you can control in your own business climate to grow your business, but you get a little sketchy when you have to start thinking about what the government is going to do to you.  And I think that’s where the caution and the optimism comes in,” adding, “I think the message is that slow and steady [growth] continues in the state of New Jersey.”

While New Jersey has been noted for the incentives it offers for job creation, its highly-educated workforce, access to capital, a quality transportation infrastructure and world-class location, it nonetheless: has the highest taxes in the nation, is saddled with state debt, has a public pension funding crisis; is rife with regulatory burdens and is replete with cost of living/affordability challenges.

On the latter points, wealth is leaving the state. Siekerka said, “We are going to bring economic data to the game, so people can’t argue with numbers.  … We looked back over a decade, and we learned that New Jersey lost over $21 billion in net adjusted gross income, over those 11 years; [Again, that’s] net adjusted income.  This is not an issue about population; two million people left; two million came in.  The two million that came in didn’t bring that net adjusted gross income with them. This is the movement of money that is affecting our economy.  Think of all the jobs that left with that $21 billion. Think about all the economic activity that left with that $21 billion. Think about that if we could have taxed that money to our general fund, we wouldn’t be in the crisis that we are, maybe with our pension and our debt.”

Although New Jersey has had progress with the upcoming 2018 repealing of the New Jersey estate tax and an easing on retirement income, at least for now, residents are often fleeing for the nearby states of Pennsylvania and New York.

Yes, retirees may leave New Jersey, but the United States’ largest movement of people is Millennials (people born between the early 1980s and 1999), who are exiting the state, often after high school.  Siekerka called the generation the “future workforce,” and noted that taxpayers shell out $19,000 per pupil, over 13 years (K-12), for each student.

She said, “To let that asset that we just invested in through our property taxes (which are No. 1 highest in the nation) leave the state of New Jersey and probably not to come back is shameful.”

The event also provided the audience with an array of other speakers.  ACG NJ President Sally Glick, who is also principal at the accounting firm Sobel & Co., said in a statement that the day “provides us with the opportunity to highlight some of the most innovative and successful companies in the state, and at the same time present you with the chance to hear first-hand what key initiatives they have adopted as pioneers in their industries.”

Regarding the first point, some event participants showcased their companies’ time-tested focus on integrity and partnering with other firms, for example, while they also spoke about the current, deeply complex business ecosystem in which – for example – the “balance of power” in the “tightening labor” market might now be shifting toward employees.