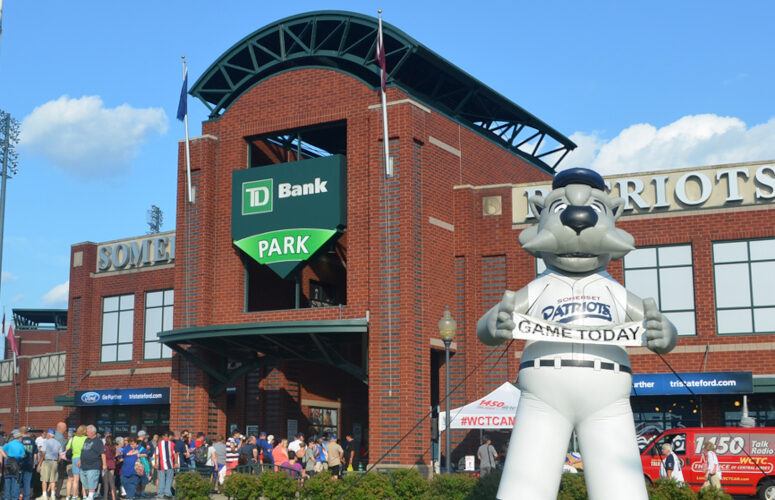 The Somerset Patriots, the Double-A affiliate of the New York Yankees, have announced initial “Phase 1” plans of renovations at TD Bank Ballpark. These plans are to meet specifications put forward by Major League Baseball ahead of the 2021 and 2022 seasons.

“Our ballpark is one of the most beautiful throughout the country,” said Somerset Patriots Chairman Emeritus Steve Kalafer. “It’s one of the many reasons the New York Yankees chose us as their Double-A affiliate. With the renovations required to meet new MLB standards, all minor league ballparks will need to make these improvements. We know that prospects coming through TD Bank Ballpark will have a state-of-the-art facility and one of the best they will ever play at in their careers.”

Included in these renovation plans are expansions on player facilities, new buildings, and upgrades to the playing surface and game presentation setup that will enhance the in-house experience for fans.

The Somerset Patriots have already begun demolition and cleaning of their home clubhouse to allow for better flow for players and coaches. The old gym inside the clubhouse will be relocated to a brand new 3,100 square foot gym facility located where the current maintenance yard rests. There will also be a new dedicated dining and kitchenette area in the clubhouse area per MLB specifications, along with renovated coaching and players spaces.

“We want the Yankees of tomorrow to love every minute of being a Somerset Patriot today,” said team Co-Chairman Jonathan Kalafer. “Our team has a special meaning to everyone involved in the organization and the community. We know that these ballpark improvements will be a big part of helping make this feel like home for our players.”

The new 3,100 square foot gym will be in a new building constructed to include approximately 1,000 square feet of storage and maintenance space for field equipment and materials. This will be one of two new buildings constructed on the TD Bank Ballpark site.

The other will be an approximate 4,300 square foot multipurpose indoor space. This will feature two new, retractable batting tunnels allowing for year-round training. It will be built parallel to the first base gate, extending slightly into the red lot.

“As a family, and ballclub, we will take great pride in knowing that the efforts put forth will help develop and support these young men on their journey to the Big Leagues,” said Somerset Patriots Co-Chairman Josh Kalafer. “We’ve had a lot of success in our history at seeing players go on to achieve their dreams. Each of these upgrades are designed in some way to help future Yankees get the most out of their time in Somerset.”

Inside the ballpark, the location of the current batting cage will be transformed into new rooms for various use. This includes: a new, dedicated female staff locker room, New York Yankees video room, umpire’s locker room, a roving instructors locker room, a new grounds crew office and additional storage space.

Other cosmetic changes fans can anticipate for the 2021 season include: a renovated home bullpen that will be moved off the playing surface and into a portion of the existing lawn seating area with cover for the players, new safety padding all around the interior walls and outfield walls of the ballpark, and brand-new ballpark lighting as a first step to make TD Bank Ballpark both more energy efficient and upgrade the playing surface for the team. The home and visiting dugouts will also be refinished with new benches, racks, and flooring.

New for 2021, TD Bank Ballpark will be outfitted with a brand-new multi-camera broadcast/in-game entertainment system to enhance the fan experience. This new broadcast system will provide an upgraded visual experience on the team’s existing scoreboard, including instant replay.

“It’s been a very interesting few months of looking at plans for the ballpark and what it will look like in 2021 and beyond,” said Somerset Patriots President/General Manager Patrick McVerry. “We have great leadership in the Kalafer family that are willing to invest in the long-term success of our team and ballpark for the fans, players, partners, and our community. To say it is an exciting time around here would be an understatement.”

A “Phase 2” of ballpark renovations will continue in the fall of 2021. These will likely include, but not limited to: visitor clubhouse upgrades, a relocation of the team’s executive office, and possible further scoreboard upgrades.