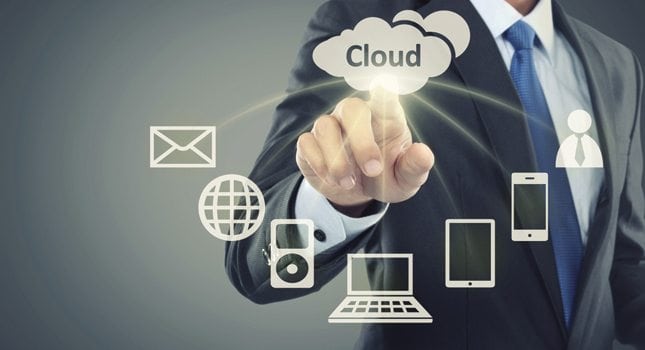 Somerset Development today announced the largest lease to date at Bell Works, the company’s iconic mixed-use development in Holmdel.  WorkWave, a leading provider of cloud-based software solutions for the field service and “last mile” delivery industries, will occupy a 72,000-square-foot space in the building, with an expansion option for an additional 72,000 square feet.

WorkWave’s decision to relocate its headquarters to Bell Works is the latest in a string of technology companies taking space at the two-million-square-foot property, the former historic headquarters of Bell Labs, which is currently undergoing an approximately $200 million adaptive reuse redevelopment designed to transform what was once the single largest vacant office building in the U.S. into a dynamic “live-work-play” community.

“As recently as 2014, this property sat vacant, with more than two million square feet of empty space,” said Eric Hinds, Mayor of Holmdel, New Jersey. “Thanks to Somerset Development and forward-thinking companies such as WorkWave, Bell Works is now a key driver of the local economy, bringing vital jobs and ratables to our township. Residents of Holmdel and the entire State of New Jersey should be extremely proud of what’s been accomplished here. Holmdel is the model for municipalities seeking to understand how vacated offices campuses can be successfully redeveloped.”

WorkWave, previously known as Marathon Data Systems, provides cloud-based software solutions that enable field service and “last mile” delivery companies to connect and manage every aspect of their clients’ front office, back office and field operations through a single user interface. The company’s rapid growth, including adding over 100 employees in the past three years, prompted their search for a more suitable location, ultimately leading them to Bell Works. WorkWave is a leading provider of solutions for businesses with a large number of vehicles and mobile employees, helping integrate cloud-based platforms for office management, fleet management and marketing. The company was attracted by Somerset’s transformative plan for Bell Works, which is centered around a pedestrian “street” within the building’s existing quarter-mile long atrium. The area will connect tenants and visitors to a host of dining, entertainment, and health and wellness services, along with renovated office space and educational facilities, a hotel and conference center.

In addition to its New Jersey headquarters, WorkWave has regional offices in Boston, St. Louis and Verona, Italy, as well as remote workers in the U.S. and Europe. Team members from outside New Jersey frequently visit headquarters for working sessions, and it was important that these visits be highly productive.  In addition, WorkWave routinely hosts user groups and conducts marketing research, so ample, multi-functional/multi-media meeting and collaboration spaces were a requirement for its new home.

“As WorkWave expands and thrives, the work-live-play reputation that Bell Works portrays is the perfect environment for who we are, and where we are headed to retain and attract talented employees to drive us to the next chapter of our continuous growth,” said Chris Sullens, president and CEO, WorkWave. “While our excitement heightens for our move to Bell Works, we want to keep in mind and thank Somerset and the township of Holmdel for having a vision and the fortitude to bring to life this phenomenal space, which exceeds the needs of the community and organizations such as WorkWave. The State of New Jersey and the Economic Development Authority also provided the financial support WorkWave needed through our recent Grow New Jersey grant, which allows us to stay and thrive in New Jersey.”

In addition to serving as home to top-tier technology tenants, Bell Works will act as a world-class venue for community. Upon completion, the property will also feature a diverse range of retail options, including restaurants, coffee shops, and other services and amenities, creating a decidedly urban downtown feel across the center’s main level promenade.

“This agreement with WorkWave is just the latest confirmation that our vision for creating an inimitable environment that’s conducive to inspiration, collaboration and creation has come to fruition,” said Ralph Zucker, President of Somerset Development. “As we move forward with our plan to create the accessibility and dynamism of a city within an historic suburban location, we’ll continue to work hand-in-hand with Township officials to bring world-class companies to Holmdel.”

“WorkWave was seeking a vibrant new headquarters space that will allow it to add the best and brightest minds as it expands its suite of SaaS solutions,” Sarno said. “There was no better fit in New Jersey than Bell Works, which will provide the state-of-the-art facilities and amenities that today’s employee desires.”

Somerset Development selected the internationally renowned Architects, Alexander Gorlin Architects to serve as the lead architect for the redevelopment. The firm, which specializes in a wide range of projects including historically significant, adaptive reuse developments, is overseeing the execution of programming and restoration for Bell Works’ public and common area spaces.

The approved plan for the site allows for residential, recreational and open space uses outside the building, including the development of up to 40 single-family homes and 185 age-restricted townhomes, as well as a field house for sports. Toll Brothers, the country’s leading developer of luxury residential communities, is in contract with Somerset for the purchase of land outside the building to construct the development’s residential component.

Vonage Completes the Acquisition of Nexmo