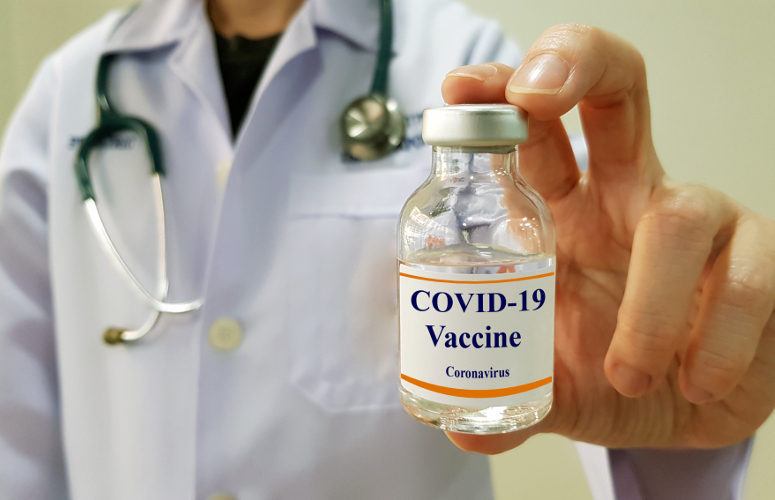 So Many Residents, but Few Vaccine Doses

New Jersey is receiving just over 100,000 COVID-19 vaccine doses per week from the federal government, but with the state yesterday expanding the criteria of those who can receive the vaccine, there are now more than 4 million residents who qualify.

With that, Gov. Phil Murphy said it is becoming increasingly apparent that “we are ready, but they [the federal government] are not.”

At today’s state COVID-19 briefing, the governor said, “It looks like the federal government has already blown through its ‘vaunted’ strategic reserve.” He said a complete transformation in the number of doses that get manufactured and distributed is needed, but New Jersey must not be caught “flat footed” when the needed supplies start coming in.

Already, four vaccination mega-sites have opened throughout the state, including this morning’s opening of a site at the New Jersey Convention and Exposition Center in Edison. Next week, two more mega-sites will open in Bergen and Atlantic counties.

Murphy said he hopes to work intensely with the incoming Biden administration to receive more doses. “Given the broad pandemic relief measures that the president-elect outlined last night, I have confidence that an increase [in vaccines] will soon be coming,” he said.

President-elect Biden outlined a $1.9-trillion “American Rescue Plan” that calls for investing $20 billion in a national vaccine program, which would include launching community vaccination centers around the country and mobile units in hard-to-reach areas, according to published reports.

Murphy briefly outlined some of the other measures in Biden’s plan, including an additional $1,400 in direct relief for Americans, more child care assistance, food support, federal emergency unemployment assistance, and more direct aid to states and local governments.

Additionally, the plan “steps up support to small businesses that we will be relying on for our economic future,” Murphy said.

Coupled with last December’s federal $908-billion stimulus plan, Biden’s $1.9-trillion proposal comes near to the $3 trillion to $4 trillion Murphy said has been needed all along. “We need every penny of that as a country,” he said.

State Police Superintendent Patrick Callahan discussed the possible threats by domestic extremists that may occur throughout US capitals on inauguration day next week. He said he has been involved in “significant streams of communications” with federal, state and local partners, including New Jersey’s Congressional delegation, state legislative leaders and the New Jersey League of Municipalities. To that end, Gov. Murphy also announced that state offices will close their doors on Jan. 20, Inauguration Day, out of an abundance of caution for unrest. State workers will work remotely.

“The exchange has been robust and constant, but at this time there is no specific or credible threat [in New Jersey], but we are ready to respond with all of our partners should the need arise,” Callahan said.

There will be 53 New Jersey State Troopers at Biden’s inauguration. They will be joining 571 members of the New Jersey National Guard.