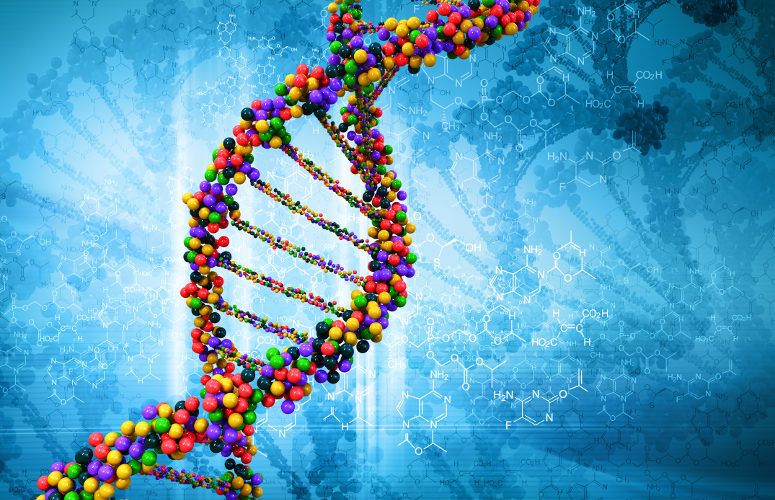 Scientists Uncover Signposts in DNA that Pinpoint Risks for Cancers

Inclusion of cancer samples in detailed surveys, down to the level of single alleles, provides information about risks of cancer and some common diseases

By sequencing entire genomes for DNA modifications, and analyzing both cancer tissues and healthy ones, Hackensack Meridian Health researchers and doctors have found what could be a key to risks for cancer and other diseases: specific locations in the DNA where those expression changes (methylation) are imbalanced, according to a new publication.

The authors, from the Center for Discovery and Innovation (CDI), Hackensack University Medical Center and its John Theurer Cancer Center (JTCC), and the National Cancer Institute-recognized Georgetown Lombardi Comprehensive Cancer Center Consortium, published their findings in the major journal Genome Biology on June 29.

The most strongly disease-relevant genetic variants can be hard to localize in widespread scanning of the genome – but by zooming in on key genetic locations associated with these DNA methylation imbalances in multiple normal and cancer tissues, the scientists report they have uncovered promising new leads beneath the broader statistical signals.

“Our dense map of allele-specific methylation (i.e., DNA methylation imbalances dictated by genetic variation) will help other scientists prioritize and focus their work on the most relevant genetic variants associated with diseases,” said Catherine Do, M.D., Ph.D., assistant member of the CDI, and the first author. “Because we also dug into the mechanisms of this phenomenon to understand how it can result in disease susceptibility, our study will help identify new interesting biological pathways for personalized medicine and drug development”.

“Cancer cells are gangsters, but in our approach we make them work for us in a useful way”, said Benjamin Tycko, M.D., Ph.D., the CDI lab director who oversaw the study. “These ‘footprints’ of allele-specific methylation are more abundant in cancers than in normal tissues, but since Catherine’s work has shown they are produced by the same biological pathways, we can use our dense maps to understand the beginnings of both cancers and non-cancerous diseases – such as autoimmune, neuropsychiatric, and cardiometabolic disorders.”

The current study generated one of the largest high-quality datasets used in this kind of approach. Among the DNA samples studied were various tissue types from 89 healthy controls, plus 16 cancer samples from three types of tumors treated by oncologists and surgeons at the JTCC: B-cell lymphomas, multiple myeloma, and glioblastoma multiforme (a common and difficult-to-treat brain tumor).

The scientists identified a total of 15,112 allele-specific methylation sites including 1,838 sites located near statistical signals of disease susceptibility from genome-wide association studies (GWAS). These data have been made publicly available so that other scientists can test new hypotheses in “post-GWAS” studies.

Also among its novel findings, the paper reports evidence that non-coding mutations (that do not change protein sequences) “might play roles in cancer through long range regulatory effects on gene expression.” One specific example cited in the paper is a mutation that causes allele-specific methylation in the TEAD1 gene, which evidence has shown becomes over-expressed in aggressive and treatment-refractory forms of multiple myeloma.

Another discovery is that some disease-relevant genetic variants can reside in “chromatin deserts,” places in the DNA which few or no specific biological signals in available tissue types – but which are revealed by the footprints of allele-specific methylation and may have been active at different times of the cell history or development stages.

“This could be a key breakthrough in determining how cancer starts – and give us a better chance to treat it,” said David Siegel, M.D., founding director of the Institute for Multiple Myeloma and Lymphoma at the CDI, and also the chief of the Multiple Myeloma Division at John Theurer Cancer Center at Hackensack University Medical Center, and one of the authors. “Finding non-coding mutations that cause epigenetic activation of genes such as TEAD1 in multiple myeloma can potentially help us narrow in on the most promising targets for developing new treatments.”

“Advanced epigenetic research like this will drive clinical decisions in the near future,” said Andre Goy, M.D., M.S., physician-in-chief for oncology at Hackensack Meridian Health and director of John Theurer Cancer Center, also an author of the paper. “Studies like this, looking at the most detailed changes of DNA methylation and gene expression, could help us solve the riddle of how cancer starts – and perhaps how to conquer it.”

“I applaud this important contribution to our understanding of cancer and its underlying biology that can potentially be applied to other disease,” said Louis M. Weiner, M.D., director of Georgetown Lombardi Comprehensive Cancer Center and the MedStar Georgetown Cancer Institute. “This research finding is yet more evidence of what can be achieved by bringing together investigators from different institutions and specialties.”

Authors of the study from the JTCC and CDI also include David (Kar Fai) Chow, M.D., attending pathologist and medical director of the Hackensack Meridian Health Biorepository; Rena Feinman, Ph.D., an associate member of the CDI; Emmanuel Dumont, Ph.D., a research assistant member of CDI working in Dr. Tycko’s epigenetics group; George J. Kaptain, M.D., director of Neuro-Oncology, Skull-Base Surgery and Radiosurgery within the Department of Neurosurgery at Hackensack University Medical Center; Samuel Goldlust, M.D., a neuro-oncologist at John Theurer Cancer Center; Nicholas Illsley, D.Phil, senior scientists in the Department of Obstetrics and Gynecology at Hackensack University Medical Center; Angelica Castano, M.D., a research associate in the Tycko lab; and Martha Salas, also of the Tycko lab. Subha Madhavan, Ph.D., chief data scientist at the Georgetown University Medical Center and director of the Innovation Center for Biomedical Informatics (ICBI) and associate professor of Oncology was another author; and other important collaborators took part from Columbia University, Johns Hopkins, and the Karolinska Institute.

Life Sciences Firms Continue to Lead the Fight Against Cancer