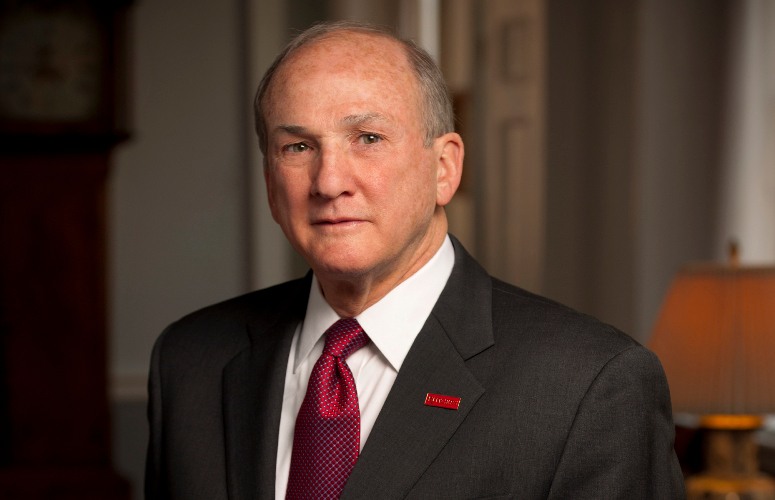 Rutgers President Robert Barchi announced sweeping cost-cutting measures to help the university address the immediate fiscal challenges related to the COVID-19 pandemic and called for a budget for the coming fiscal year with no increase in tuition and fees.

Barchi informed the university community that he and the university’s most senior leadership will take a 10% reduction in salary and that other senior leaders will reduce their pay by 5%. The president called for utilizing all appropriate reserve funds, as well as a freeze on all new major construction projects, among other steps.

Barchi announced the cost-cutting measures in a letter to the members of the university’s governing boards, faculty and administration. The changes announced today follow other steps the state’s flagship university has already taken, including a universitywide hiring freeze, a ban on non-negotiated and out-of-cycle pay increases, and a ban on all discretionary travel and other expenses.

“Rutgers will weather this storm, but our university—and indeed all of higher education—confronts perhaps the greatest academic and operational challenge in its history,” President Barchi wrote.

“Although much remains to be determined about the coming budget year, one thing is certain—we cannot and will not close this gap on the backs of our students and their families. To that end, I am making this commitment today: we will recommend to the Board of Governors a 2021 budget that freezes undergraduate tuition and fees at their current levels,” he added.

The university has identified the potential for an estimated $200 million loss in the current quarter (April 1 through June 30, 2020) and expects more significant losses in the next fiscal year.

“Rutgers has a 250-year legacy of resilience. I have no doubt that Rutgers will evolve as an even stronger institution, but we face difficult immediate challenges and uncertain long-term issues that will require shared commitment, vision and sacrifice,” Barchi noted.

“Leadership starts at the top. I will immediately reduce my salary by 10%,” Barchi said. “The chancellors and executive vice presidents, as well as the athletic director and head coaches for football and men’s and women’s’ basketball will also take a 10% reduction in salary over the next four months. The roughly 100 senior administrators who comprise the University’s administrative council will similarly take a 5% pay cut over the same period,” he wrote.

Steps to close the deficit include: