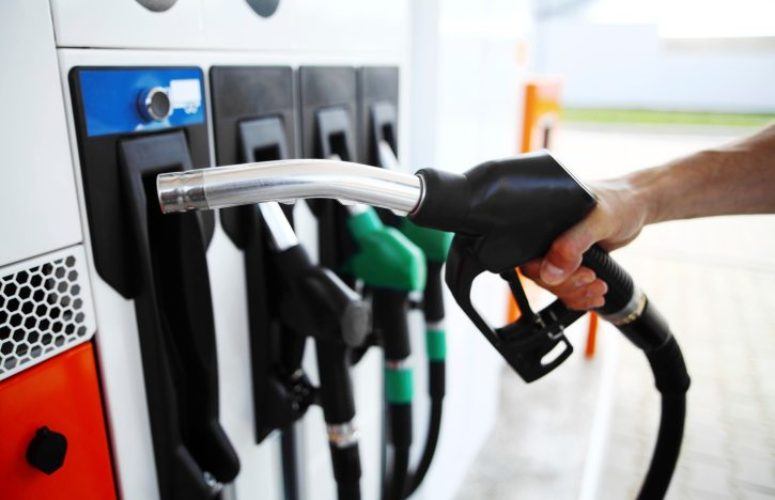 As state lawmakers struggle to return the virtually bankrupt Transportation Trust Fund to solvency, 54 percent of New Jerseyans continue to oppose a gas tax increase while 42 show support, according to a new Rutgers-Eagleton Poll. Two versions of the question were put to residents, with results virtually unchanged since December 2014.

“Across all residents, adding context raises support from 39 percent to only 44 percent,” said David Redlawsk, director of the Eagleton Center for Public Interest Polling and professor of political science at Rutgers University. “But, that the added information has a positive effect on the strongest opponents might provide opportunity for political leaders trying to solve the problem of paying for transportation infrastructure maintenance. A majority remains opposed, but opposition might be softer than it seems if enough context is provided.”

While prices at the pump have recently ticked up after months of decline, New Jerseyans seem to be capitalizing on the savings; half say they have been more likely to travel by car for a weekend getaway or vacation. Also, 52 percent of respondents say they have been able to spend household money elsewhere with savings at the pump.

Results are from a statewide poll of 813 residents contacted by live callers on both landlines and cell phones from Feb. 3-10, 2015, with a margin of error of +/-4.1 percentage points. Interviews were done in both English and, when requested, Spanish.

Democrats stronger supporters of a hike

While less than a majority of New Jerseyans support a gas tax increase, some groups are stronger opponents. Across both versions of the question, Republicans are squarely against an increase, 62 percent to 36 percent. Among independents, 54 percent oppose a hike compared with 41 percent in favor. As with most tax issues, Democrats show more support, with 47 percent in favor and 47 percent opposed.

Support for an increased gas tax grows with age and income; a majority of senior citizens (51 percent) and those with household incomes of $150,000 or more (56 percent) favor a higher tax. Fifty-one percent of liberals also support a higher tax. No other major demographic groups show majority support.

To test the effects of additional information, respondents were randomly given one of two versions of the question. One lacked specific context, the other added that New Jersey’s gas tax “the third lowest in the nation and has not been raised in 20 years.” While making only a nonsignificant five-point difference across all respondents, the question variation makes a large difference with some groups.

While nearly leveling support among Republicans, independents and Democrats, the context concerning New Jersey’s current gas tax increases support from both daily and less frequent drivers. Opposition from daily drivers declines to 53 percent from 58 percent, while support grows from 38 percent to 44 percent. Support from less frequent drives climbs from 42 percent to 50 percent.

Even among residents who rate local road conditions as only fair to poor, there is limited support for an increased gas tax without context. Told about the relative cheapness of the New Jersey tax, support rises from 37 percent to 48 percent.

Residents remain unconvinced about the low quality of New Jersey roads and bridges despite some objective measures to the contrary. Half say that state roads, excluding the Turnpike and Garden State Parkway, which are funded by tolls, are in either good (42 percent) or excellent (7 percent) shape. Another 38 percent see state roads as in only fair condition and 11 percent think they are in poor shape. These results mirror those from a December 2014 Rutgers-Eagleton Poll.

“Even with political leaders’ efforts to show New Jerseyans the extent of the transportation infrastructure problem, many residents seem to have little problem with the roads they drive,” noted Redlawsk. “This could be one of the keys to why resistance to a gas tax increase continues.”

How a gas tax hike might affect transportation, spending behavior

While New Jerseyans appear to have changed behaviors in light of lower gas prices in recent months, some groups have changed more than others. White and nonwhite residents differ sharply. As gas prices dropped, nonwhites say they were less likely to use mass transit or carpool, while white respondents report no change. Nonwhite respondents also are nine points more likely than whites to be taking car trips or spending money on other things due to the decline in gas prices.

These patterns flip when respondents are asked what changes they would make if the gas tax were raised. Nonwhite residents are more than twice as likely as white residents to say they would use mass transit or carpool more and take car trips less often. Almost half of nonwhites say they would be less likely to spend money elsewhere, compared to just over half of whites who say little would change in their spending habits.