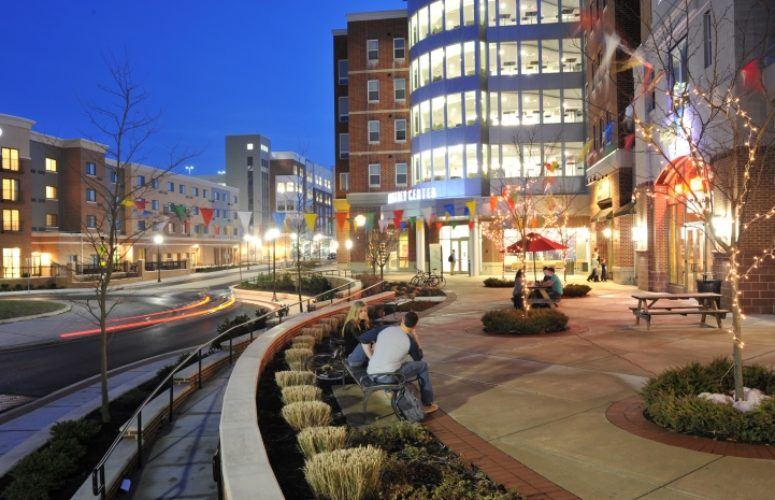 Recent growth at Rowan University – from new academic buildings to increased housing options to added programs and faculty – did more than just impact students and the campuses in Gloucester and Camden counties.

That growth, and the ripple effect from it, is bolstering the economy of Glassboro, South Jersey and the State.

A recent economic impact analysis by private research firm Econsult Solutions to update its 2015 study pegs that impact at $1.53 billion. Rowan directly supports 4,460 jobs at the University and close to 7,000 jobs indirectly in New Jersey each year, making it a major driver of economic development in the region and the State.

Commissioned by the University, the report also indicates:

“We have long been committed to provide not only an accessible and affordable education to our students but also to help the region’s economy grow,” said Dr. Ali Houshmand, Rowan’s president. “These findings underscore the critical role higher education plays in the State’s economy.”

The report estimates the impact from Rowan’s operations, capital investments, ancillary student spending and the wage premium earned by alumni.

The impact is dramatic in Glassboro, where most of Rowan’s more than 19,500 students pursue their degrees. In Glassboro, Rowan generates approximately $136 million in total output, supporting 1,200 jobs outside the institution and contributing to $62 million in earnings.

In addition to direct spending by the University, Rowan affiliates and partners have undertaken projects closely aligned with the University, such as the $426 million mixed-use Rowan Boulevard and Inspira’s new $350 million hospital. These are not calculated as part of Rowan’s economic impact, but they are just as important, and they would not have happened without the University, Houshmand indicated. Those facilities provide temporary construction jobs and offer long-term employment opportunities, as well generate income and tax dollars.

The report states: “Rowan’s most direct and consistent contribution to the economy is through its expanding annual operations. Its ongoing operations and payroll to its employees support jobs and businesses within southern New Jersey and throughout the State. Since 1992, the University’s operating budget has grown at a remarkable pace: more than eight-fold from $63 million to $516 million today . . . In addition to being a major employer in the South Jersey region, Rowan is a significant purchaser of goods and services from local and state vendors.” That direct spending creates a multiplier effect by procuring goods and services and supporting employment for vendors, with Rowan further boosting the economy via employees who spend their earnings locally.

The economic impact study reflects the financial aspect of Rowan’s growth. There is more to the University’s effect on the region, however. Rowan in the last eight years:

“Rowan’s rapid growth over the past seven years has also led to the creation of new academic programs from associate degrees at partner community colleges to doctoral programs here at the university,” said Houshmand. “The impact these programs will have on the lives of our students and their families is incalculable.”

Academia and Industry: Perfect Together