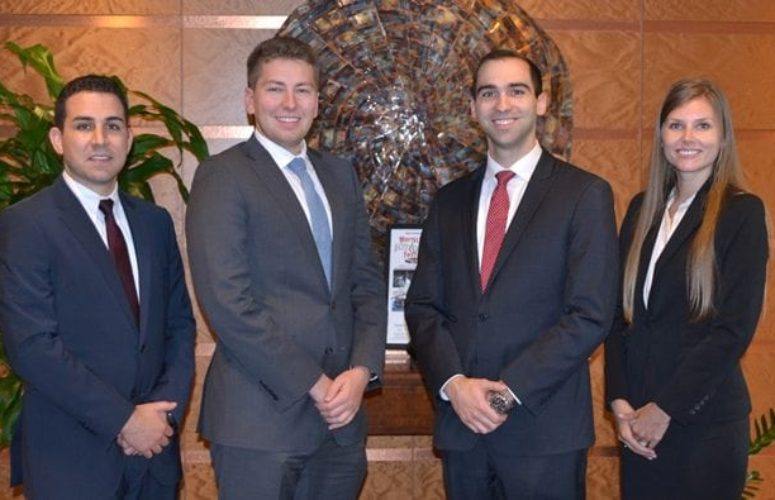 Alfonse R. Muglia joins the Firm’s Insurance Litigation Group.  Muglia was a Riker Danzig Summer Associate in 2016.  During the summer of 2015, Muglia interned at the New Jersey Department of Law and Public Safety in the Division of Pensions and Financial Transactions.  Muglia received a J.D. degree from Georgetown University Law Center in 2017, where he was a member of the Georgetown Journal of Law & Public Policy.  He received a B.S., with honors, in Industrial and Labor Relations from Cornell University in 2014.

Michael Trentin joins the Firm’s Bankruptcy Department.  Following law school, Trentin served as the Law Clerk to the Honorable Garry J. Furnari, Superior Court of New Jersey, and the Honorable Rosemary Gambardella, U.S.B.J., United States Bankruptcy Court, District of New Jersey. He received his law degree from Seton Hall University School of Law in 2015, where he served as Digital Executive Editor of the Seton Hall Circuit Review.  At Seton Hall, Trentin was the recipient of the Hon. Raymond T. Lyons Bankruptcy Award and Heyman Fellowship Award.  He received a B.A. in English and Communications from Rutgers University in 2012.