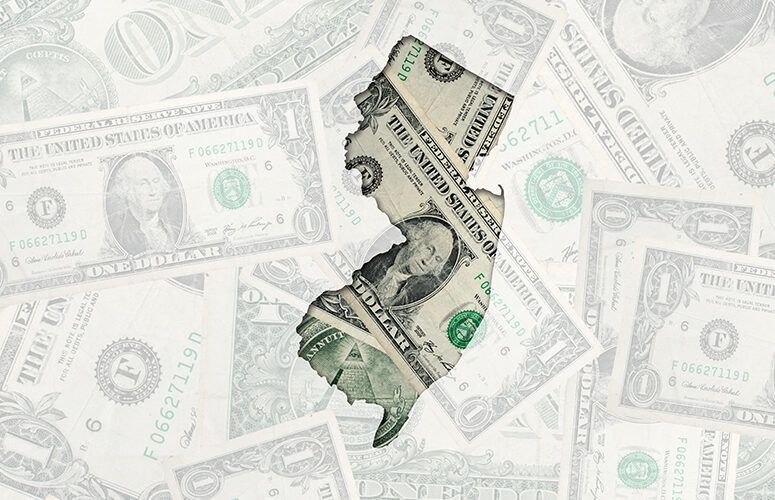 Revenue from multiple sources have been flowing into state government coffers at unprecedented levels these past two years, but the influx of money is expected to return to more historic patterns in FY23.

Presenting a budget report in front of the Assembly Budget Committee in Trenton today, New Jersey State Treasurer Elizabeth Maher Muoio said that the lower revenue growth forecast does not, however, indicate a declining economy. “The forecast assumes that economic expansion endures, employment growth continues and inflation moderates. … This should be seen as a rightsizing [of revenues] after two years of surging increases,” she said.

The FY23 revenue forecast is $47.2 billion, up only $330.9 million or .07% over FY22. In comparison, FY22’s $46.9 billion revised forecast is currently $4.6 billion above the level certified in the Appropriations Act last June, Muoio said. “This performance outpaced everyone’s predictions,” she commented.

In light of disappearing federal stimulus aid, looming PTBAIT (pass-through business alternative income tax) credits, rising inflation and interest rates, supply chain issues and national and international concerns, “You don’t have to be an economist to note that the remarkable surges [of the past two years] will not continue unabated,” Muoio said.

Though another FY23 revenue forecast will be issued in May after the tax-filing season, Muoio highlighted a number of key points in the current forecast:

* Gross income tax (GIT) collections are estimated to be $18.2 billion, assuming growth of $785 million or 4.5% from FY22. This is in line with the long-run average growth of the GIT, Muoio said.

* The sales tax revenue estimate is $12.4 billion, assuming growth of $240.3 million or 2% compared with FY22, which at press time, is up 12.6% from FY21. According to Muoio, the 2023 forecast is slightly below the long-run average sales tax growth because households would have already spent most of their federal stimulus money.

* The corporate business tax (CBT) estimate of $5 billion is a decrease of $180 million or 3%. “This is the second highest level ever for the CBT, but down year-to-year as corporate profits are expected to recede from historically high levels,” Muoio commented.

* The PTBAIT revenue estimate of $2.7 billion is a decline of $400 million or 12.9%. Muoio said that payment patterns from this revenue stream are expected to stabilize, as a substantial influx of December payments from new taxpayers is not expected this year.

“We can all agree the past two years have been a roller coaster ride: physically, emotionally and fiscally,” Muoio said.