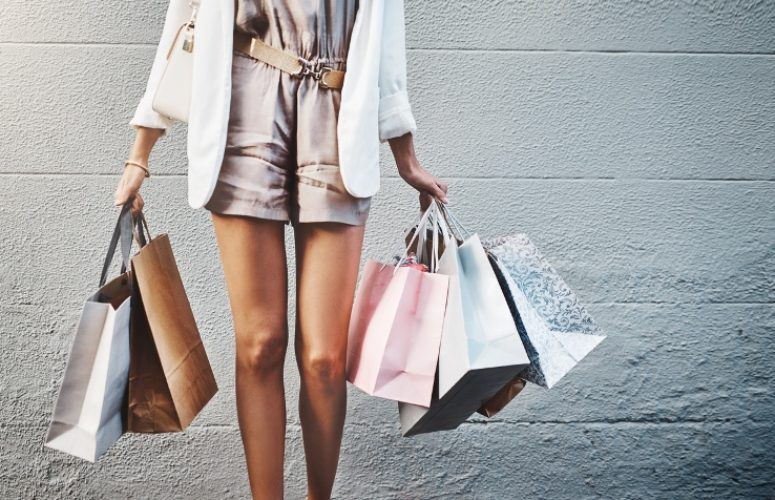 Retailers Gearing Up for a Jolly Holiday Season

Retailers are gearing up for a “green” holiday season, according to Levin Management Corporation (LMC). The North Plainfield-based commercial real estate services firm released the findings of its annual Pre-Holiday Retail Sentiment Survey, and expectations are high, according to Matthew K. Harding, president.

In fact, 87.1 percent of survey respondents – store managers from within LMC’s 15 million-square-foot, retail-focused portfolio – anticipate their holiday sales will meet or exceed last season. That is the highest percentage in the history of the LMC poll and compares to a trailing four-year average of 80.2 percent.

“The holiday season is such an important selling period for retailers, and our tenants traditionally express optimism heading in,” Harding said. “But this year is exceptional and very good news for businesses that generate a large part of their annual revenue during the last two months of the year.”

This positive outlook comes at a time of positive shifting in retail overall. The National Retail Federation (NRF) over the summer adjusted its retail sales forecast for 2018, anticipating annual sales to increase at least 4.5 percent over 2017 (upped from an increase of 3.8 to 4.4 percent forecasted earlier this year). In October, Moody’s made headlines when it raised its outlook for the retail sector from “stable” to “positive” for the first time since 2015.

Performance among LMC tenants reflects the industry’s momentum. A record 72.1 percent of Pre-Holiday Survey participants report year-to-date sales levels at or above their volume last year at this time. This is up from 71.0 percent – the former record – posted just months ago in LMC’s Mid-Year 2018 retailer survey results.

Getting Ready for the Season

The LMC survey asked participants when they expect their holiday sales to peak. Nearly half of respondents anticipate peak sales prior to Thanksgiving (23.2 percent) and during the Thanksgiving/Black Friday weekend (25.5 percent). The balance of peak sales expectations distributes fairly evenly through early December (12.9 percent), mid-December (17.5 percent), and the weekend before Christmas (12.9 percent), with a smaller percentage (8.3 percent) expecting their highest volume between Christmas and New Year’s.

“2018 will continue the trend of people shopping earlier,” Harding noted. “That pre-Thanksgiving number has hovered just under 25 percent for three years straight. That’s double the percentages we were seeing prior to 2016 – which reflects a significant and sustained shift in consumer patterns.”

How are retailers preparing for the holiday boom? Seasonal sales and promotions are a favored strategy, planned by just over 44 percent of LMC survey respondents, while approximately one-third are boosting inventory. And it looks like they are on the right track. In the NRF’s 2018 Holiday Spending Survey, 71 percent of consumer respondents cited sales and discounts as their primary reason for choosing a retailer, while quality and selection of merchandise came in second (cited by 60 percent).

Many LMC retailers are ramping up staff for the holidays. Nearly 38 percent are hiring seasonal team members – a level that falls in line with the trailing four-year Pre-Holiday Survey average of 38.6 percent.

It also bodes well that retailers are branching out with plans to enhance their customers’ in-store holiday shopping experiences. Nearly 32 percent are experimenting with new motivators – ranging from exclusive coupons; to in-store pick-up for online orders; to events such as free classes, tastings, trunk shows and product demonstrations. Nurturing existing customers also comes through as a focus, with many retailers planning “invitation-only” events and new loyalty/rewards programs.

“As brick-and-mortar retailers compete in a world offering the convenience of ecommerce, they are finding creative ways to drive traffic to their stores,” noted Melissa Sievwright, vice president of marketing. “Certain aspects – such as individualized customer service, the appeal of a well-presented store environment and ‘experiences’ that provide education or opportunities for social interaction – simply cannot be duplicated online. This is especially true during the holidays, a festive time when people want to come together, and enjoy traditional sights and sounds.”

At the same time, retailers are embracing today’s digitally focused world. Nearly 80 percent of LMC survey respondents are employing digital marketing tools – from email and text messaging, to SEO optimization, Google AdWords, banner ads and other Internet advertising, to social media and social marketing – to reach customers. And nearly half (47.3 percent) have upped the amount of their tech-centered marketing this holiday season.

LMC’s next Retail Sentiment surveys will be conducted in January, exploring outlooks for 2019, and in May, exploring technology trends and mid-year sales performance. For more than 65 years, LMC has served as a trusted single-source commercial real estate services provider for institutional and private owners. LMC today maintains a diversified, 105-property portfolio in the Northeast and Mid-Atlantic states. The firm’s capabilities continue to evolve with new technologies, efficiencies and sustainability-focused initiatives to serve a new generation of properties, investors and tenants.