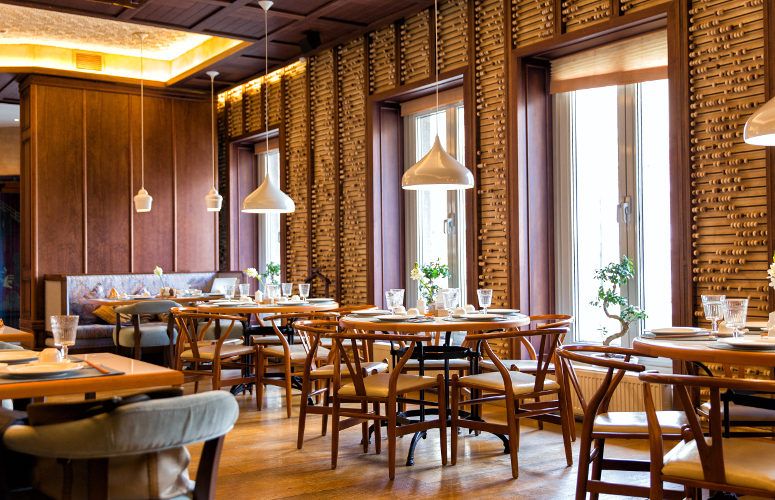 The New Jersey Restaurant and Hospitality Association (NJRHA) today announced the creation of a 30-day “#IServeJersey” social media campaign that will showcase videos of restaurateurs describing their challenges and experiences during the COVID-19 pandemic and related shutdown. Additionally, the campaign will organize a series of meetings across state in which local and state elected officials will be asked to participate to hear and discuss what is happening within the industry.

During the Zoom and Facebook Live session this morning, NJRHA President Marilou Halvorsen also said the industry wants to be part of the decision-making process with Gov. Phil Murphy regarding how and when restaurants and banquet centers can reopen safely for indoor dining.

People can now board airliners, touch items on store shelves and place them back, “but they can’t go to dinner with their families where the social distancing of tables and sanitation protocols are in place? The reality is that it’s summer and people don’t have anywhere to go, so they are moving their socializing indoors to places that don’t have sanitation protocols,” Halvorsen said.

Halverson and a larger group of NJRHA members requested a sit down meeting with Gov. Murphy back in early June to discuss and be part of reopening strategy plans. “Unfortunately, we were told last week that the governor would not be able to meet with us. We certainly had hoped for a meeting, not just for us to ask him about his plans, but for him to get to a level of comfort with us,” Halvorsen said. “Does he have an understanding of what goes on behind the scenes of what we do to be safe? We want to have that two-way communications with him.”

There were some 25,000 restaurants in the state employing 350,000 workers prior to the pandemic. Up to 85% of employees were furloughed when the health crisis hit in March. Now, only 23% are back at work. And the governor’s reversal on indoor dining in late June did not help improve the employment scenario.

Speaking at this morning’s live meeting were other restaurant owners who expressed their own hardships during the pandemic and the need to reopen.

Marilyn Schlossbach, 2020 NJRHA chairwoman and owner of Langosta Lounge, Asbury Park, asked why the private “party scene” is affecting the control of indoor dining. “It’s comparing apples to oranges,” she said. “We need to separate that situation. We are in a business that creates sanitary and controlled hospitality.”

In related news, Gov. Murphy this afternoon signed an executive order that re-tightens the restrictions on indoor gatherings to 25% of a room’s capacity, with a maximum of 25 individuals. He made the move to due the rise in the state’s COVID-19 transmission rate to 1.48 over the weekend, which marks the highest rate of transmission since the beginning of April. He believes that some of this increase is attributable to a number of house parties that have been happening across the state.

On the same topic, Jeanne Cretella, president of Landmark Hospitality, a business that operates 10 venues and restaurants for dining, weddings and corporate events, said this morning that “the rise in the transmission number is a huge disappointment, but it is also frustrating as much of it is due to people not following the rules and deciding to host their own events in their homes or backyards. … Those events should have been in a venue … in a setting where professionals like us have systems in place that would avoid what we have been seeing.”

On the opposite end of the table, Murphy today admonished restaurants that have been allegedly attempting to serve customers indoors by merely opening their street front windows.

“To be clear, this is not allowed. Unless your restaurant has open sides that amount to at least two of your four outer walls, you can not seat or serve diners inside your premises,” he said. “We will look to local officials to enforce this restriction [as well].”

Bob Wagner, of Ott’s Tavern and Braddocks in Delran and Medford, respectively, stressed the importance of getting people back to work as those collecting unemployment are now missing the extra $600 per week from the federal government as the extra benefit expired last week and the second round of stimulus talks continues in Washington, D.C.

“We need to get restaurants opened. We have provided a plan and have been asking for weeks to have a meeting (with the governor) and have rules given to us on how we can reopen. The problem is that he keeps changing the rules. We had a failed first attempt (the resumption of indoor dining). That impacted a lot of businesses that will probably never reopen again. … We need guidance and rules. We need to open successfully. … Please let us open.”

NJ to Be First in Nation to Incorporate Climate Change Education