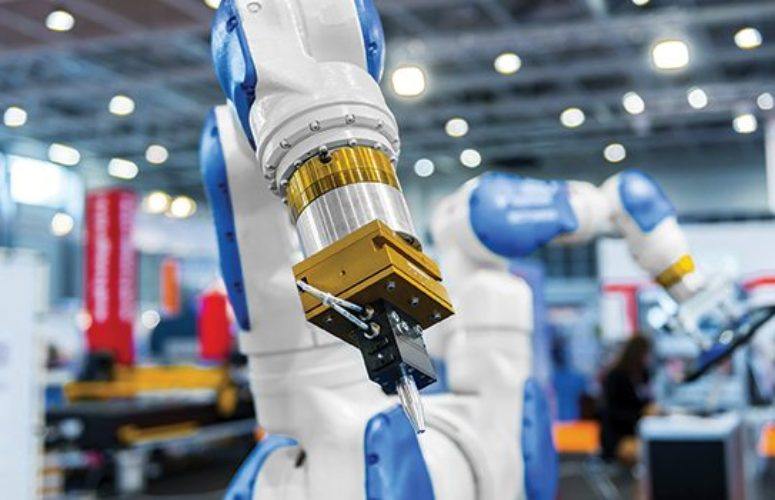 America has lost millions of manufacturing jobs over the years, but about 87 percent of such cuts  are due to productivity gains, including better supply chains, more capital investment and advanced technology (robots), says a Ball State report.

The 2015 Manufacturing and Logistics Report Card, published by Ball State’s Center for Business and Economic Research (CBER), and  Conexus Indiana, also found only four percent of manufacturing jobs have been lost to international trade (also known as outsourcing ) since 2000.

The report points out baby boom generation retirees are leaving behind good, well-paying jobs in those sectors, and younger workers are filling those jobs at an unprecedented rate. Recent new hire salaries averaged $20.06 per hour — almost $42,000 a year. As millennials move into theworkforce, wage gaps between new and existing jobs are primarily age- and tenure-related.

“There are major misunderstandings among the public and the media about the manufacturing sector,” said Michael Hicks, director of CBER and the George and Frances Ball Distinguished Professor of Economics at Ball State.“The US manufacturing base is notin decline, and we have recovered from the recession. Nor are jobs being outsourced because American manufacturing can’t compete internationally. Moreover new jobs in manufacturing pay well above the average wage.”

The study notes that the Great Recession had lost its stranglehold by 2014, when US manufacturers attained record levels of production.

“Overall, only 13 percent of lost jobs over the past decade, which are less than 4 percent of all manufacturing jobs, can be linked to international trade and most of trade related job losses are in low productivity sectors,” Hicks said. “Changes in productivity, domestic demand and foreign trade all impact manufacturing employment in the US, and it’s important to clarify those impacts in order to understand what is happening in the manufacturing and logistics industries.”