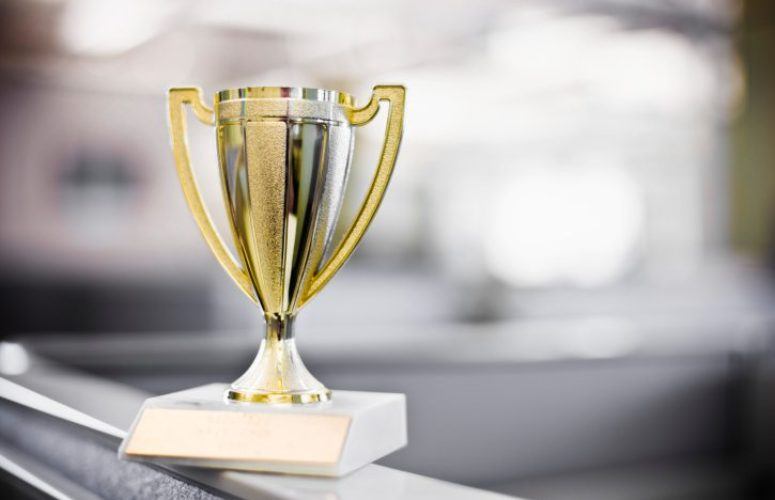 “The Council is thrilled to celebrate these incredible inventors at the 2015 Edison Patent Awards,” said Troy Sarich, Ph.D., Research & Development Council of New Jersey Chairman and Vice President of Real World Evidence at Janssen. “Each year, the Council is impressed by the pace and quality of innovation shown by both our applicants and honorees.”

Robert Woodrow Wilson will receive the R&D Council’s highest award, the Science & Technology Medal. This medal is awarded to individuals who have made significant contributions to the advancement of science and technology, while successfully bringing innovation from the laboratory to the marketplace. Dr. Wilson receives this award for his work discovering cosmic microwave background radiation, a scientific breakthrough that provided crucial corroboration of the Big Bang Theory. Born and raised in Houston, Dr. Wilson attended college at Rice University, where he graduated with honors in physics, and then Caltech, where he earned his Ph.D. in physics. In 1963, after earning his Ph.D., he joined Bell Laboratories in Crawford Hill where he began the work on radio astronomy that would win him the Henry Draper Medal in 1977 and the Nobel Prize in Physics in 1978. Today, he lives with his wife Betsy in Holmdel in the house they bought when he came to Bell Laboratories.

New Jersey Governor Chris Christie will receive the Chairman’s Award. Governor Christie was selected for his leadership in education and public policy and in particular, for signing into law the bipartisan New Jersey Medical and Health Sciences Education Restructuring Act. This law dramatically overhauled and strengthened the state’s higher education system by promoting long-term and sustainable economic growth and high academic achievement, and by strengthening three hubs of higher education in the state. The law also complements the Governor’s other higher education initiatives, including signing a $750 million bond referendum for capital improvements, increasing state aid to colleges and universities by $65 million, and adding $28 million in additional student financial assistance.

NJIT’s President, Joel Bloom, Ed.D., will be honored as Educator of the Year. Dr. Bloom has been with NJIT for a quarter of a century and has helped the university become one of the nation’s leading public polytechnic institutions of higher learning, as well as one of its best values for students pursuing careers in STEM. Prior to joining NJIT, Dr. Bloom was assistant commissioner in the New Jersey Department of Education for the Division of General Academic Education, where he was responsible for managing many of the department’s initiatives, over 300 grants and contracts, and a $24 million budget.

“The honorees at this year’s ceremony are among the most exceptional inventors and leaders I have ever encountered,” said Council President Anthony Cicatiello. “From technological breakthroughs that create a cleaner environment for our descendants to astronomical advances that help us understand the beginnings of life itself, this is a group of people whose devotion to research and development enable us all to see a little clearer when we ‘stand on the shoulders of giants.’”

Avaya Inc. and inventors Venkatesh Krishnaswamy, Krishna Kishore Dhara, Xiaotao Wu, and Eunsoo Shim will be recognized with a patent award in the information technology category for “System and Method for Joining Conference Calls” (U.S. Patent 8,483,375). This invention greatly speeds up the process of dialing into conference calls, enables hands-free dialing and minimizes the potential for human error through automation, thereby increasing the safety and mobility of the participant and worker productivity.

BASF Corporation and inventors Pascaline Tran, Xinsheng Liu, Ye Liu, Mike P. Galligan, Qinglin Zhang, Hiroyuki Horimura, Akiko Iwasa will receive the patent award in the environmental category for “Base Metal Catalyst Composition and Methods for Treating Exhaust from Motorcycles” (U.S. Patent 8,668,890). This invention satisfies strict emissions regulations for motorcycles in a cost-effective way, which is particularly important in developing markets where motorcycles are an especially common mode of transportation.

Ethicon and inventors Robert Nering, Simon Cohn, Anthony Miksza, Race Eric Thornton, and Carl Edward Griffin have been selected for a patent award in the medical device category for “Surgical Fasteners, Applicator Instruments, and Methods for Deploying Surgical Fasteners” (U.S. Patent 8,894,669). This invention enables surgical repair fabrics to be securely fastened to a patient’s tissue in order to repair hernias.

Holtec International and inventor Krishna P. Singh, Ph.D. will receive the patent award in the public safety category for “Systems and Methods for Storing Spent Nuclear Fuel” (U.S. Patent 8,625,732 B2). This invention is a system and method for the underground dry storage of spent nuclear fuel and other nuclear waste. The system provides adequate ventilation and complete physical protection by storing the fuel and waste below grade in reinforced vertical silos.

NJIT and inventors Tara Lynn Alvarez Ph.D. (NJIT) and Bérangere Granger (Essilor International S.A.) will receive a patent award in the biomedical technology category for “Method for Determining the Acceptance of Progressive Addition Lenses” (U.S. Patent 8,814,361). The invention establishes a methodology by which a clinician can identify which people will easily adapt to Progressive Addition Lenses compared to those who will have a more difficult time.

Rutgers, The State University of New Jersey and inventors Peter Lobel and David Sleat will be recognized with a patent award in the biopharmaceutical category for “Methods of Treating a Deficiency of Functional Tripeptidyl Peptidase I (CLN2) Protein” (U.S Patent 8,029,781). The invention is directed to methods of treatment of neuronal ceroid lipofuscinoses (NCLs), a group of related hereditary neurodegenerative disorders affecting infants, children, and adults. As there is no disease-modifying therapy for this disease, this invention is an innovative and promising approach for the treatment of NCLs.