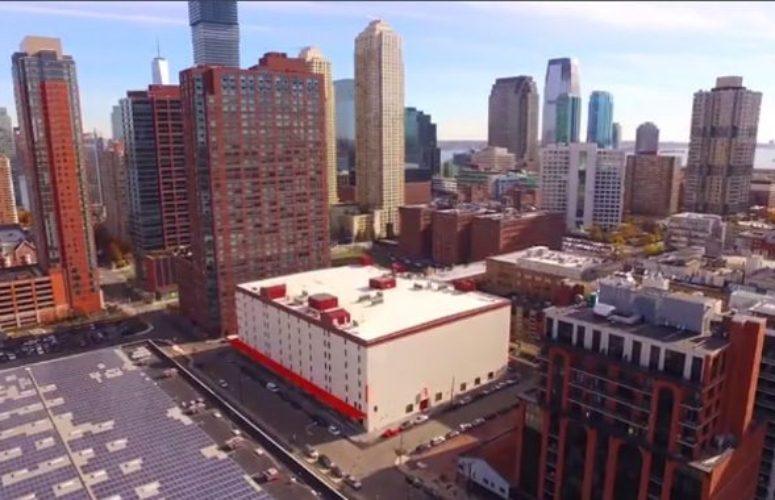 Public Storage has reopened the doors of a 100-year-old building this week after transforming it into one of the largest modern self-storage facilities in the country. The construction project is part of the company’s ongoing effort to expand in the region and provide needed space in the greater New York City Metropolitan area.

Public Storage at 133 2nd Street, Jersey City, NJ opened with 290 available spaces in a seven-story, block-long building in the town’s historic arts district. Later this year, approximately 4,000 self-storage spaces will be available at the location, making it the largest Public Storage with the most spaces under one roof nationwide!

It will serve residents of the rapidly growing community as well as those in Manhattan looking to cash in on cheaper storage prices on the other side of the Hudson River. Jersey City has experienced 7 percent population growth over the last five years according to the U.S. Census, in part because it is one of the most affordable places to live within a short train ride from Manhattan. All of this extra space is just a few blocks from the Holland Tunnel and from the Newport PATH train station, for an eight-minute ride into the city.

Visitors who make the short trip will find a covered parking lot and a modern security monitoring system. Units are climate controlled to complement the thick walls designed to keep temperature changes to a minimum. And they are available in a range of prices to suit personal and business needs, from small to extra-large. For increased oversight, the property manager will live at the location.

The building in the Powerhouse Arts District is the former Merchants Refrigeration Company that opened in the early 1900s and was once the largest cold storage commercial facility in the world. The historic neighborhood that surrounds it has been going through a gentrification as the city transforms itself into a destination of choice for apartment and job hunters. Renovated lofts complement new glass high rises of condos and corporate offices, housing large publicly traded firms. A booming community, many are enjoying new shops, restaurants and a rich history, with a stunning view of Manhattan.