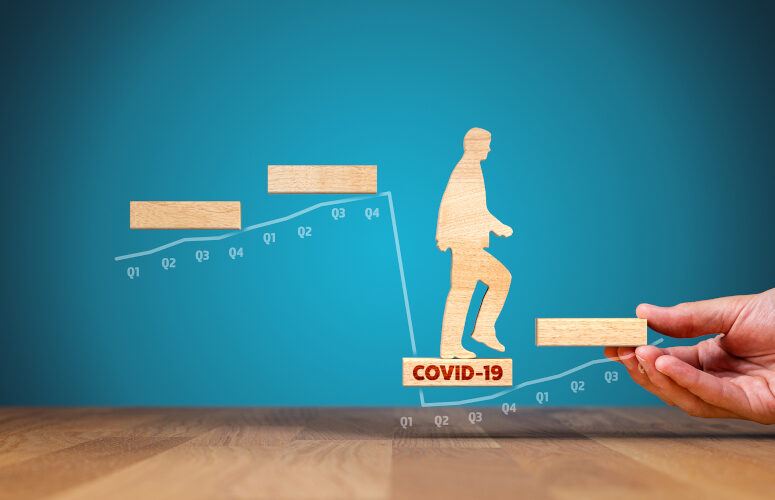 Public Says Pandemic Not Over, But Impact on Daily Life May Be

In a television appearance last month, President Joe Biden said, “The pandemic is over.” Only 1 in 5 Americans would make that kind of blanket declaration about COVID-19, but the latest Monmouth University Poll finds most feel it is time to put pandemic-era restrictions – such as mask and vaccine mandates – behind us. The poll also finds that uptake of the new bivalent booster shot may not be as widespread as it was for the initial boosters.

Just 21% of the public says the COVID pandemic is over, while another 26% say it is not over yet, but will end eventually. However, half (50%) of the country feels the pandemic will never be over and we will just have to live with it.

“On the face of it, few Americans would declare the pandemic over, but that may just be a matter of semantics. If you listen to what the president said, he was referring to the idea that we no longer need to let COVID infringe on our daily routine. On that measure, most Americans agree with him,” said Patrick Murray, director of the independent Monmouth University Polling Institute.

Only 35% of the public support requiring people to show proof of vaccination in order to work in an office or around other people. This number has been dropping steadily over the past 12 months – declining by 7 points since May and down from a majority of 53% who supported workplace vaccine mandates in September 2021. Even fewer people (25%) support instituting, or reinstituting, face mask and social distancing guidelines, which is also down 7 points from May. One year ago, a majority (63%) supported this measure.

Support for COVID regulations is down among all partisan groups, although with some key differences. A clear majority of Democrats continue to support workplace vaccine mandates (73%, down slightly from 83% one year ago), but only 45% support bringing back face mask and social distancing guidelines. Support for this latter measure among Democrats has been cut in half since last year (91%) and marks the first time in Monmouth’s polling that a majority of Democrats do not back social distancing guidelines. Just 1 in 10 Republicans support either vaccine (8%) or mask mandates (12%), which is down from about 3 in 10 last year.

“You can understand the drop in support for mask mandates since people want to get on with their lives, but the decline in support for vaccine mandates is interesting. I think it might be because people continue to get COVID despite being vaccinated,” said Murray.

Just under half (46%) of the adult population has tested positive for COVID according to the poll. This number was 35% in May and 27% in January. There is little difference in reported COVID prevalence by vaccination status. Just under half of those who have received at least one vaccine dose (46%) as well as those who have not been vaccinated (49%) report testing positive for COVID. At the beginning of the year there was a notable gap, with just 1 in 4 vaccinated adults (24%) having tested positive compared with 4 in 10 unvaccinated adults (39%).

The poll also finds that fewer people plan to get the new bivalent booster shot when compared with a year ago when the first boosters were approved. Just 1 in 3 adults are very likely to get the new booster (33% plus another 1% who already received the new booster by the time the poll was conducted). By comparison, 51% of adults report having received one of the prior boosters – which matches the 52% who said they were very likely to get the extra shot when it was approved one year ago. Throughout the original booster rollout, the combined number of Americans who either got the extra shot or were very likely to get it stayed between 51% and 56% – significantly higher than the comparable 34% result for the new bivalent booster.

The poll also finds the number of people who are very concerned about a family member becoming seriously ill from the virus remains steady at 22%, while another 26% are somewhat concerned. These results are about the same as polls taken last spring. The year began with 38% (January 2022) who were very concerned. The pandemic high for this number was 60% one year before that (January 2021). While the current level of concern is lower than it was throughout most of the pandemic, it still does not quite match opinion in June 2021 (23% very and 19% somewhat concerned) – when a drop in cases and the introduction of vaccines fed public optimism. In the current poll, concerns about serious illness are about the same among those who have had COVID (22% very and 26% somewhat) and those who have not (24% very and 27% somewhat).