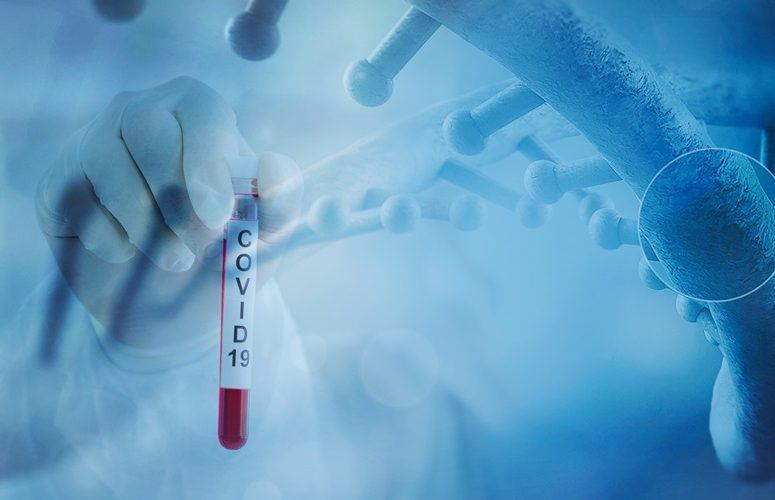 Beaches, churches, hair salons among top places that should be open

Two-thirds of the country expects to see another coronavirus surge and most Americans continue to say that public health concerns should outweigh the economy in lifting outbreak restrictions. But the Monmouth University Poll also finds that sizable numbers support the reopening of certain businesses, with some type of social distancing rules or guidance.  Beaches, playgrounds, churches, and hair salons lead the list of venues people say should be open. The public continues to give better marks to their states than to the federal government on handling the pandemic, but there has been an overall dip in positive views since last month.

Over two-thirds (69%) of the public expects the country will see another surge in coronavirus cases in the next year. Just 26% believe the rate of new cases will continue to decline. Democrats (85%) and independents (76%) are more likely than Republicans (41%) to expect another surge.

Americans feel that any reopening decisions should be based more on public health concerns than economic ones. Specifically, 54% say the more important factor in deciding whether to lift current restrictions should be making sure as few people as possible get sick from the coronavirus. Just 36% say making sure the economy does not go into a deep and lengthy downturn should be more important.  This sentiment is practically unchanged from last month (56% public health versus 33% economic downturn).

“Parts of America are starting to reopen, but much of the public remains leery because it doesn’t seem they are convinced the virus is under control. Still, there is evidence that a sizable minority are getting antsy about the current restrictions,” said Patrick Murray, director of the independent Monmouth University Polling Institute.

The poll asked whether – and under what conditions – nine different types of public venues should be allowed to open. Half or more say that each of the nine should be open in their states, either with strict rules on attendance and spacing between people, with social distancing practices in place but not strict rules, or without any restrictions at all. The venues that significant numbers of Americans say should be open with either no restrictions or just some social distancing guidance include public beaches (48%), playgrounds and community athletic fields (43%), and churches and other places of worship (40%). One-third say the same about opening outdoor arenas (34%) and hair salons and barbershops (34%). Just under 3 in 10 say the same for gyms (29%), movie theaters (29%), public swimming pools (29%), and indoor arenas (27%). It should be noted that only 10% to 17% say that any of these places should be able to open without any restrictions at all. Republicans are significantly more likely than Democrats and independents to support the opening of all these venues.

The venues that generate the most opposition to be being open under any circumstances include indoor arenas (47% say they should be closed for the time being) and public swimming pools (47% closed). Four in ten Americans (40%) say that movie theaters should be closed. Fewer – about 1 in 3 – say that outdoor arenas (33%) and gyms (31%) should be closed and only about 1 in 5 say the same for churches (23%), public beaches (22%), playgrounds (20%), and hair salons (19%).

“The public is a little more hesitant about opening places that put you in close contact with other people. But there is a notable exception. Americans really want to get their hair cut,” said Murray.

The Monmouth University Poll also finds that Americans continue to be more satisfied with the outbreak response in their own state than they are with Washington. Just 37% say the measures taken by the federal government to slow the spread of the virus have been appropriate while 48% say they have not gone far enough. Another 12% say they have gone too far. This opinion has fluctuated since the outbreak began. May poll results were 42% appropriate–45% not far enough–10% too far, the April findings were 35%–54%–7%, and the March findings were 47%–45%–6%.

A majority of Americans (56%), on the other hand, say the outbreak measures taken by their state government have been appropriate, while 23% say they have not gone far enough. Another 20% say they have gone too far. The number who say their state’s actions are appropriate has remained high from month to month, although there has been a slight decline since the pandemic’s onset (59% in May, 60% in April, and 62% in March). The number saying their state has gone too far has increased slightly (from 17% in May, 8% in April, and 9% in March).

A majority of the public (57%) continues to feel that the federal government is not doing enough to help states that have been hit hard by the outbreak. This is similar to 54% who said the same last month and 55% in April. Just 34% say that Washington has done enough (37% in both May and April) and 6% say it has done too much to help these states (5% in May and 3% in April).

Public opinion on media reporting about the outbreak has turned nominally negative for the first time at 43% good job and 50% bad job. Prior good job/bad job ratings for the media were 47% to 45% in May, 48% to 42% in April, and 45% to 43% in March. The poll renders a split decision on how the American public as a whole has handled the outbreak. Currently, 46% say that the American public has done a good job and 43% say it has done a bad job. This finding is much more negative than in May (51% good job to 33% bad job), but still more positive than earlier poll results (38% to 48% in April and 38% to 45% in March).

The poll findings were also examined based on state-based data related to the outbreak. There are not a lot of differences in these results based on how quickly the coronavirus is spreading in individual states, using Covid-19 death doubling rate data compiled by the Princeton Election Consortium. Residents of states where the spread is slower– in most cases, those now on the downside of the initial curve – tend to be less likely to say federal health agencies have been doing a good job (49% in states in with the slowest rates versus 65% in states with the fastest rates). Residents of states where the virus is now spreading more slowly are also slightly more likely to approve of opening public venues with minimal social distancing guidelines, but those differences are generally not statistically significant.

Monmouth Poll: State of the 2018 US House Races