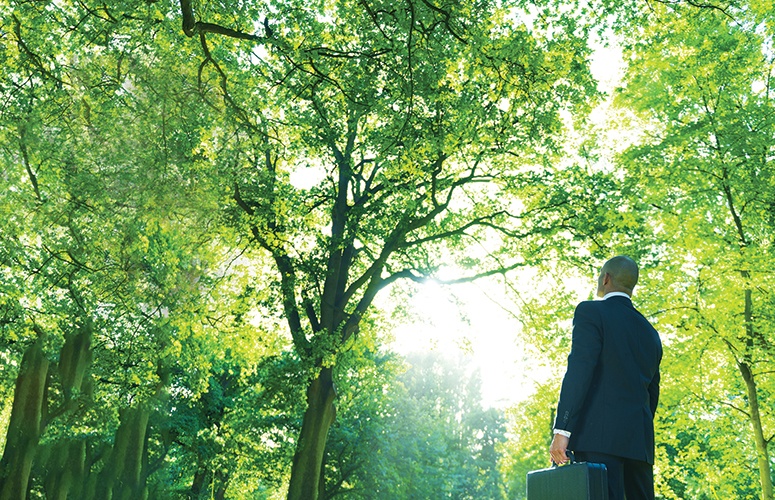 As part of its Powering Progress vision for the future, PSEG expects to cut its power fleet’s carbon emissions by 80% by 2046, from 2005 levels. PSEG also announced its vision of attaining net-zero carbon emissions by 2050 assuming advances in technology and public policy. In support of these carbon-reduction goals, PSEG also announced that it has no plans to build or acquire new fossil-fueled power plants. PSEG is committing to reporting annually on sustainability and climate using the Task Force on Climate-related Financial Disclosures (TCFD) framework, starting in 2020.

PSEG already has one of the lowest carbon emissions rates among the largest U.S. power producers, according to “Benchmarking Air Emissions of the 100 Largest Electric Power Producers in the United States,” released by M.J. Bradley & Associates, Bank of America, CERES, Entergy, Exelon and the Natural Resources Defense Council. PSEG Power’s fleet has reduced its carbon emission intensity by more than 40% since 2005 and is about half the emission intensity compared to the country overall. This has been achieved by maintaining its nuclear units, investing in highly efficient gas-fired generation units and renewables, and exiting coal-fired generation assets.

For more than a century, PSEG’s mission has been to provide universal access to an around-the-clock supply of reliable, affordable power. Building on this mission, last year PSEG launched its Powering Progress vision for the future — a vision where customers universally use less energy, the energy they use is cleaner, and its delivery is more reliable and more resilient than ever. Today’s announcement is the next step in PSEG’s Powering Progress vision.

“The science of climate change is clear and we believe society must move beyond simply ‘heeding warnings’ to acting on them,” PSEG Chairman, President and CEO Ralph Izzo said. “PSEG has a long history of taking ambitious action to enhance the lives of our customers and communities. As we share our vision to achieve net-zero carbon emissions by 2050, we recognize that there is no one magic bullet that will get us to a 100% carbon-free future. The energy industry has always relied on innovation, efficiency, smart policies and an all-of-the-above strategy to address its greatest challenges. Succeeding in a carbon-constrained future will not be any different.”

Because PSEG believes that greater carbon reductions can be achieved with the right technology and supportive public policy advances over the next 30 years, the company established its vision of net-zero carbon emissions by 2050. PSEG already is New Jersey’s largest supplier of low- and zero-carbon electricity and energy-saving solutions and has a long history of addressing climate change as an embedded part of its business and culture including:

“We know that climate change and the need to decarbonize our economy mean that this company and others like it must work toward a greener future,” Izzo said. “We believe that members of PSEG’s current workforce will be essential to maintain the safe, reliable and efficient operations that are a hallmark of our fleet – even as priorities shift to cleaner energy sources.”

“Today’s employees are part of the PSEG legacy and have a tremendous amount to offer as our company evolves to meet the needs of a clean energy future,” he said.