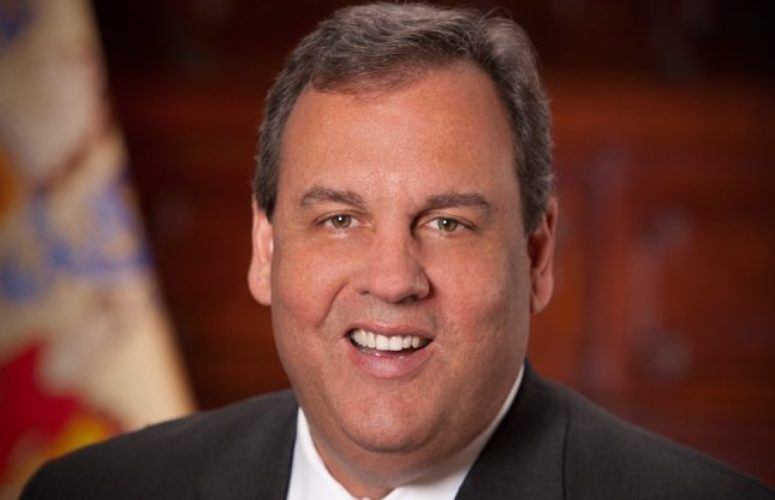 Please find below the live blog from The New Jersey Business & Industry Association’s (NJBIA) Public Policy Forum, which occurred earlier today. Governor Chris Christie delivered the keynote address at this day-long event dedicated to policy and politics from the perspective of New Jersey businesses. The forum took place at the National Conference Center at the Holiday Inn in East Windsor.

Please note that this blog is in reverse chronological order, with the first entry located at the bottom of this page. George N. Saliba, managing editor of New Jersey Business magazine, a publication of NJBIA, posted this blog.

12:50 p.m. – Christie underscores that now is the time to “double down,” and make positive things happen in New Jersey, and that he and the Lt. Governor – and others – are committed to this.

12:39 p.m. – Christie notes that the State Senate President proposed constitutionally required pension payments yesterday, and Christie says this will burden New Jersey.  Meanwhile, the governor says, by comparison, that the so-called Millionaire’s Tax that was enacted under Governor McGreevey drove wealthy people from the state.  Overall, Christie says that it is time for the New Jersey to, in effect, strongly fight against the State Senate President’s proposals, and “it’s time [for the business community] to get a spine.”  He adds, however, “I am proud that there are a number of you in the room who have supported us.”

12:26 p.m. – Christie notes that when he came into office, unemployment was 10 percent, and now it is 5.4 percent.  Moreover, since February 2010, there have been 218,000 private sector jobs created, including 54,100 jobs last year alone.  Last month, New Jersey created more private sector jobs than any other state in the nation.  In addition, home sales are up 12.5 percent from where they were a year ago.

12:23 p.m. – In a very detailed way, Christie is showcasing a range of progress across the state, and names Camden as a particular success story via the efforts of the New Jersey Economic Development Authority (EDA), and overall incentives that have brought businesses to that city.

12:18 p.m. – Governor Chris Christie says, “I don’t think the rest of the country understands what it is to be a pro-growth, pro-business Republican in a state like this.”  Christie lauds some New Jersey politicians, but notes that there have been 430 vetoes in six years.  He adds, “I am here today, because I want you to understand this is a day-by-day battle you must be engaged with.”

12:14 p.m. – Governor Chris Christie, the event’s keynote speaker, is now at the podium, addressing the audience.

11:48 a.m. – The panel is exploring margin of error, with a “good” margin of error being two or three percent, Jenkins says.  Murray adds that if a poll were repeated 1oo times, it would only be incorrect for the “margin of error.”

11:43 a.m. – Ashley Koning, assistant director, Eagleton Center for Public Interest Polling, says that there are polls in the marketplace that lean in one political direction or another, and that polling aggregating can be useful.

11:27 a.m. – Jenkins says, “You have to be careful how you phrase questions,” and also careful “with question order.”  She says, “The last thing I want to do is be seen as someone who leans one way or the other.”

11:22 a.m. – Patrick Murray, Director, Monmouth University Polling Institute, cites low response rates as a concern, because so many people don’t participate in polls.  This increases the probability of margin of error.

11:21 a.m. – Krista Jenkins, Director, PublicMind Poll and Professor, Fairleigh Dickinson University, says some key elements are “selecting the sample” and making sure that there is a low “margin of error.”
She says samples must be supplemented with cell phone interviews, because so many Americans are only reachable via cell phones.

11:08 a.m. – Siekerka, addressing the panel in a summary, says, in an upbeat way, that “Businesses are counting on you to send strong, positive messages.”

11:07 a.m. – Sarlo says that capturing gaming in North Jersey is “critical” to the non-gaming aspects of Atlantic City.

11:05 a.m. – Atlantic City’s future is being discussed, and Kean says that “A-list” entertainers need to come in and the state should ensure that an environment is created that fosters such activity.

11:02 a.m. – Prieto is talking about the Meadowlands region, and how so many people stay in hotel rooms in that region, and if, in effect, that market can be tapped into further, it could be a benefit for New Jersey.

10:58 a.m. – Kean says, “The best legislation is that which is bipartisan … The best way to make that happen is to ensure that conversations happen early and frequently.”

10:53 a.m. – The panelists are arguing about whether or not they meet frequently enough to address many of the concerns the state faces.  At one point, some panelists were talking at the same time.

10:41 a.m. – Hon. Jon M. Bramnick, Assembly Republican Leader, says, “We need to give some hope that we are starting to move in the right direction.”

10:33 a.m. – Hon. Thomas H. Kean, Jr., Senate Republican Leader, says, “everybody is talking about how unaffordable New Jersey is.”  He notes that people are moving out of state, and we “need to make sure” that people plan to stay in the state.

10:31 a.m. – Hon. Vincent Prieto, Assembly Speaker, underscores the importance solving the Transportation Trust Fund issue, and that “we have to get out of the garage.”

10:29 a.m. – Steve Adubato is the moderator for the Legislative Leaders Panel, which has just commenced.

10:21 a.m. – Hughes says 2010, 2011, and 2012 saw growth in the labor market, but then Superstorm Sandy “did serious damage,” and there was a slow rebuilding pace.  Severe gaming industry layoffs in Atlantic City occurred in 2014, but there are positive trends, overall, for the state, in 2015.  Siekerka noted this as well, underscoring that this was reflected in NJBIA’s Business Outlook Survey.

10:12 a.m. – Siekerka says, “We have a lot to offer in New Jersey,” including a skilled workforce, and that various entities and organizations are making people aware of this.  Panelists are now citing an array of positive state factors, ranging from New Jersey’s quality of life and biopharmaceutical industry, to, again, its workforce and, separately, tourism opportunities.

10:09 a.m. – Brasch believes that New Jersey, overall, does not have a revenue issue, but instead more of an expenditure issue. He stresses, “We have too many [financial] commitments.”

10:01 a.m. – Naroff is fielding an audience question about tax cuts, as opposed to incentives.  Naroff says, “The goal shouldn’t be to run on incentives, but to lower the whole [tax] structure … If we have a lower tax structure, we will be more competitive.”

9:56 a.m. – The conversation has now shifted to New Jersey’s estate and inheritance taxes, and Brasch says, in part, “We have to find a way to replace those revenues with some other tax.”

9:54 a.m. – Hughes notes that Millennials are affecting where companies locate, and that the Hudson River waterfront, for example, is a hot spot.  One company that is not near the waterfront buses 500 Millennials from that location, to its headquarters elsewhere in the state.

9:50 a.m. – Naroff says, “When you create incentives, other groups (companies) pay for it.”  He believes that companies receiving incentives should, in effect, ideally stay in New Jersey for a long period of time, and attract other companies.  Naroff says, “Then, [the incentives] becomes financially positive.”

9:43 a.m. – Hughes says, “The tax system is so biased [in New Jersey] that you need incentive programs, and without them, you won’t see a lot of business.” That said, Hughes believes incentives are best directed at companies with world markets, that bring money into New Jersey from around the world, to our local state.

9:38 a.m. – Separately, Walter J. Brasch, CPA, CGMA, president elect of the NJ Society of CPAs, says that access to capital for small businesses is “challenging.”  Among a host of concerns, he says that underwriting has become difficult for banks.

9:33 a.m. – Naroff, who is also on the Economic Outlook Panel, says, “We go from one crisis to another in this state,” and that the state doesn’t think in terms of long-term solutions to its problems.  He adds, “We are too short-term focused.”

9:30 a.m. – The Economic Outlook Panel has now begun, with Dr. James W. Hughes, dean of the Edward J. Bloustein School of Planning and Public Policy at Rutgers University noting the sharp differences between how a new company is received in a state such as North Carolina (with open arms), versus New Jersey (“We can tax them.”)

9:28 a.m. – Naroff is now fielding a question from an audience member regarding the gasoline tax. Overall, Naroff says, “The gasoline tax is one element in the solution [to the state’s concerns].  It is not going to raise what we thought it would.”

9:20 a.m. – Naroff says that areas that are a bit more murky regarding whether they are negative or positive factors include government spending, for example.  Overall, New Jersey should take steps to rise higher in state rankings, he says, in the future.

9:18 a.m. – By the same token, Naroff says, negatively, that there are high corporate operating costs in the state, we have an underfunded transportation infrastructure (even though it is extensive), research issues, a congested transportation system and a high cost of living.

9:08 a.m. – Joel Naroff, Ph.D., NJBIA Chief Economic Advisor and president of Naroff Economic Advisors, is now speaking.  He says, “We need to position the state so it will be a major player in the world economy,” in the years to come.  Three aspects of this include: focusing on the technical innovation economy; the mobile and “on demand” Internet economy; and the overall global economy.

9:03 a.m. – Siekerka says, however, that businesses “have much to feel good about for 2016,” but that, in effect, we must plan for the future, by taking action now to solve the aforementioned concerns.

9 a.m. – Siekerka is exploring New Jersey’s outmigration, in which 1.6 million people left New Jersey (2007-2014), with $18 billion in adjusted gross income (2004-2013).  Companies are taking jobs with them, and individuals leaving obviously don’t spend locally in New Jersey.  Healthcare costs, the cost doing business and property taxes are all concerns for those persons leaving the state.

8:54 a.m. – Siekerka is discussing NJBIA’s 52nd Business Outlook Survey, conducted between September and October, with 1,100 responses from a variety of businesses.  Respondents see an overall upward trajectory for their businesses in 2016, Siekerka says, yet they are concerned about New Jersey’s economic climate, and this impacts their planning.

8:45 a.m. – Michele S. Siekerka, president and CEO of The New Jersey Business & Industry Association, is giving opening remarks.  She says, among other things, that today “will be a dynamic day, full of stimulating discussion.”  Moreover, the policies discussed today will examine our “livelihoods, quality of life and planning for the future.”

8:18 a.m. – Attendees have begun arriving, with the event’s opening remarks scheduled for 8:45 a.m. This blog will resume at that time.

8:09 a.m. – Welcome to this live blog of The New Jersey Business & Industry Association’s Public Policy Forum. Governor Chris Christie will deliver the keynote address at this day-long event dedicated to policy and politics from the perspective of New Jersey businesses. The Public Policy Forum is now taking place at the National Conference Center at the Holiday Inn in East Windsor until 2:00 p.m.