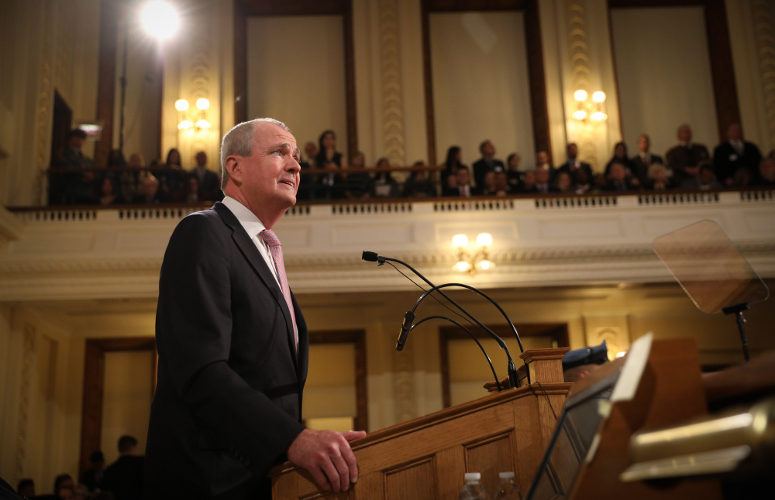 Business leaders and politicians from both Democratic and Republican parties exited the crowded State House Assembly Chamber yesterday giving Gov. Phil Murphy’s State of the State address both high and low marks for what was and wasn’t mentioned in his speech.

Some key points the governor touched upon were the creation of the Office of Health Care Affordability and Transparency, the implementation of the Jobs NJ talent-based economic development strategy, the creation of a task force to address wealth disparity issues, enacting a millionaires tax, and changing the culture in Trenton where “pernicious sexism and abuse … still creeps across these hallways, at conferences, and in meeting rooms.”

Michele Siekerka, president and CEO of the New Jersey Business & Industry Association, commended the governor for his efforts on growing innovation and workforce development in the state, but said, “major economic issues remain, such as escalating taxes, untenable increases in spending, deepening fiscal deficits and a worsening business climate. For the sake of our affordability and competitiveness, New Jersey needs to reverse course on each of these issues.”

Luis O. De La Hoz, chairman of the Statewide Hispanic Chamber of Commerce, said he was pleased that the governor addressed the wealth disparity issue, “which is a problem for any minority group.” He hopes the task force will generate a [positive] impact on New Jersey’s Hispanic community in the future.

De La Hoz explained that the best alternative for minorities to create and save money today is start a business for themselves versus finding or being promoted to a C-Suite job, which is less likely to happen.

De La Hoz said he believes the task force initiative will also help “our communities that are still struggling to get access to government contracting opportunities in the state.”  He said these communities have the desire and are putting much time and energy into it seeking contracts, but “I don’t believe that the people who can make things happen are as interested as we are in this area. If we have a state where we are able to open more businesses, get the right incentives, plus gain access to government contracting, then we could reach the goal of reducing the wealth gap.”

The governor said he will again try to implement a millionaires tax “so we can ease the property tax burden on millions of middle-class families and seniors, and do more to help fund our public schools.” He wants to implement an income tax rate of 10.75%, up from 8.87% on people earning above $1 million (currently, those earning more than $5 million are taxed at 10.75%).

Bollwage said the governor talked about making the state stronger and fairer, “but the fairness question has always escaped New Jersey’s urban communities. … I was hoping to hear more about the Urban Enterprise Zone legislation, or how the state budget process can help offset some of the rising costs of municipalities.”

On the planned millionaires tax increase, Senator Tom Kean Jr. (R-21) commented that “any effort by the governor to yet again try to raise taxes on the people of New Jersey will continue to send a signal that the state remains unaffordable.” He added that reducing the size and scope of government is the better way to make the state more affordable.

Former Republican Assemblyman Jack Ciattarelli, who will announce his candidacy for governor next week, said, “I don’t understand how you brag about surpluses and deposits into the Rainy Day Fund and then try to justify tax increases? Additionally, I didn’t hear anything in the governor’s speech about a long-term property tax reform plan, which we know starts with a change in the school funding formula.”

On the issue of sexual harassment, and changing the culture in Trenton, Helen Archontou, CEO of the YWCA Northern New Jersey, said she was glad the governor raised the topic. “His words were on point. Now we need actions to follow suit. Legislation to support survivors and prevent assault is key and necessary. These cannot solve the problematic culture, though. We need leadership to ‘walk the walk’ of the talk we heard today. Accountability and action are key. We will be watching and holding the governor to the promises made today.”

NJ TRANSIT to Receive $13M as Part of CARES Act

Prudential Financial, Inc. to Sell Prudential of Korea for $1.9B