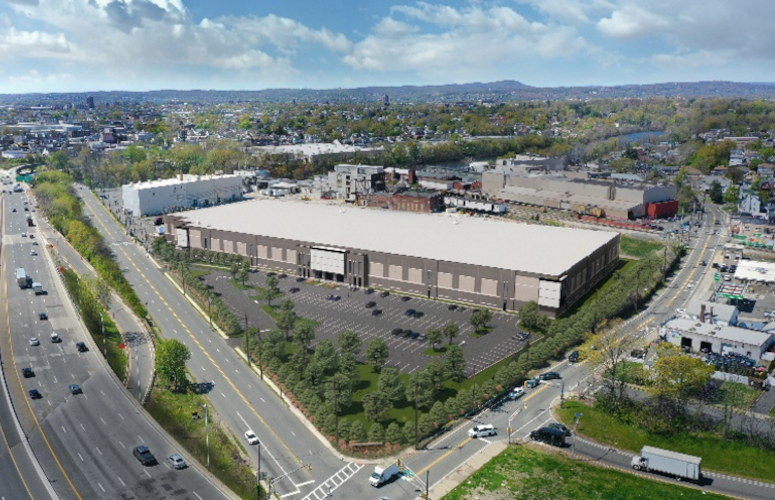 Marcal Paper, a leading manufacturer of recycled and eco-friendly bath, towel, and tissue products, and Crow Holdings Development, a leading real estate development company, today announced plans for the revitalization of a portion of the Marcal Property along Market Street in Elmwood Park.

Crow Holdings Development’s industrial team has acquired the prime, 11.87-acre property in Elmwood Park from Marcal with plans to break ground this summer on a 206,000-square-foot, state-of-the-art modern industrial building. The proposed project has received Site Plan approval from the Borough of Elmwood Park, and the team has incorporated significant design input from the Borough. An affiliate of Atlas Holdings, the majority shareholder of Marcal, will also be investing in the project, alongside Crow Holdings Development. The investment demonstrates Atlas’ continued commitment to the region and enthusiasm for the planned revitalization of this iconic location.

The redevelopment project is expected to generate a significant economic stimulus to the local and state economies. The impacts include:

“Marcal is thrilled that Crow Holdings Development will be transforming this parcel of land into a new gem for our Borough, our county and our state. The property to be revitalized sits vacant today, and thus is not benefitting Elmwood Park or Bergen County in any way. Via this partnership with the Borough and Crow Holdings Development, we have taken the necessary step to change that,” said Rob Baron, president and chief executive officer of Marcal Paper.

“Crow Holdings Development is rooted in the spirit of partnership, and we have been proud to work closely with Marcal, the community, and so many stakeholders to help redevelop this iconic site,” said Clark Machemer, Crow Holdings Development’s senior managing director for the Northeast region. “We recognize and appreciate the history of this site, and we look forward to bringing new economic activity to such a highly visible, prime location.”

“The planned development for the unused Marcal parcel should be a win across the board. The greater Elmwood Park community could see economic growth, the protection of existing jobs, and the creation of new jobs,” stated U.S. Rep. Bill Pascrell, Jr. “We were all shaken by the tragic fire at Marcal and the fact that the company has been able to reopen at all is so welcomed. I am pleased to have engaged closely with the Borough, Marcal, and our neighbors and workers to make sure that we delivered another positive result for our entire community.”

“The Marcal property has been a fixture in our community for nearly a century, home to an iconic business that has created careers for thousands and economic impact that is widely felt. They’ve come through a lot, and we’ve been pleased to partner with them. This new project is the next chapter in that partnership, allowing a part of their site destroyed by the fire in 2019 to be reimagined and redeveloped in a way that will benefit Elmwood Park in significant ways. We thank the company for seeking our input and making sure it was part of the plan for this exciting project,” said Elmwood Park Mayor Robert Colletti.

Located in Northern New Jersey, one of the country’s most land-constrained markets for industrial development, the Elmwood Park property will bring the region much-needed logistics space in a prime location just off Exit 61 off Interstate 80. With the unprecedented demand for distribution centers in recent years, industrial vacancies have consistently hovered near zero, as occupiers have absorbed new developments as quickly as they have been built. The building on the property will be 206,826 square feet.