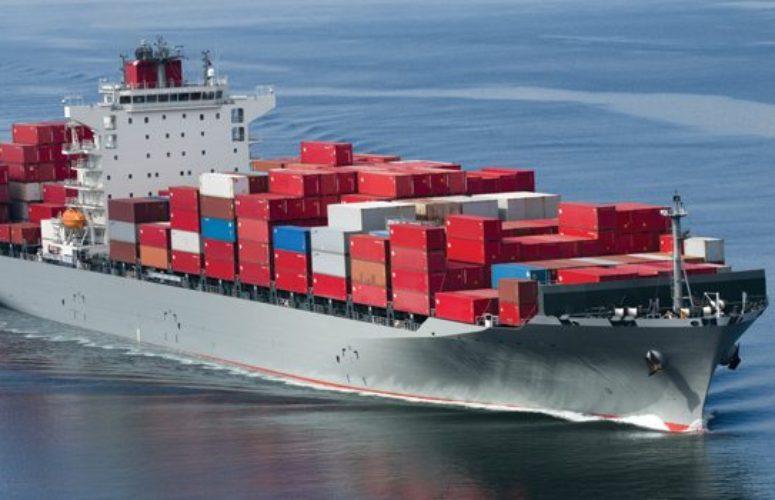 Completion of the Bayonne Bridge Navigational Clearance Project last June helped drive cargo volumes in the Port of New York and New Jersey to new record heights in 2017 by shattering the existing annual cargo volume record, set in 2015, by 5.3 percent.

During 2017, the port handled 6,710,817 TEUs (a 20-foot-long cargo container that can easily be transferred between different modes of transportation, such as ships, trucks and trains), a 5.3 percent increase over the 6,371,720 TEUs handled in 2015 when the previous annual record was established.  The record volumes allowed the port to maintain its position as the third largest port in the United States with 15.4 percent market share and the busiest on the East Coast with a 32 percent market share.  Even with the increase in cargo volume since 2015, the particulate matter and nitrogen oxide emissions created by port activities have gone down by more than 14 percent – equivalent to removing at least 104,000 passenger cars off the street per year – due to the port’s Clean Air Strategy environmental programs.

The record cargo volumes will help build on the significant jobs and economic activity already supported by port activities.  According to a recent study using 2016 data prepared by the New York Shipping Association, the port supports 400,000 jobs, a 35 percent increase over the 296,000 jobs reported four years ago.  The port also is responsible for $25.7 billion in personal income and $64.8 billion in business income.

In addition to regional economic growth, perhaps the biggest driving force in achieving the new cargo volume record was the June 2017 completion of the Bayonne Bridge Navigational Clearance Project.  The project raised the clearance under the crossing from 151 feet to 215 feet, allowing ships as large as 18,000 TEUs to travel under it to port facilities in Newark, Elizabeth and Staten Island.  Following the raising of the bridge, one of the port’s major shipping lines – CMA CGM – began a new service to the port using primarily 14,000 TEU vessels.

Since the project’s completion, the port has set new monthly records for cargo volume activity every month through the remainder of the year.

“The investment we made to raise the Bayonne Bridge is clearly paying dividends by driving up cargo volumes and significantly boosting the jobs and economic activity the port generates for the region,” said Port Authority Executive Director Rick Cotton.  “Our goal moving forward is to continue to work with all port stakeholders to efficiently and effectively handle greater volumes of cargo destined for our port.”

“Our mission is to provide the infrastructure and the resources our port needs to remain a premier gateway for shippers, including the raising of the Bayonne Bridge, and shippers are taking notice and making decisions based on what we have achieved,” Port Department Director Molly Campbell said, “But for us to retain their business, we must continue to strive to do better and consistently look for ways to improve port performance.”

ExpressRail, the Port Authority’s ship-to-rail system serving New York and New Jersey marine terminals, also set a new record in 2017, handling 567,649 container lifts, a 5.1 percent increase over the previous record of 540,149 container lifts set in 2016.  In 2017, ExpressRail accounted for 14.8 percent of all container lifts at the port.  The Port Authority’s goal is for the ExpressRail system to account for 20 percent of container lifts by 2020.  To achieve this goal, the agency has invested more than $600 million in its intermodal rail infrastructure – and the upcoming completion of the ExpressRail Port Jersey intermodal rail facility, currently under construction, will allow for full on-dock rail capability servicing the GCT-Bayonne marine terminal in Port Jersey.  The new ExpressRail Port Jersey intermodal facility will be operational in December 2018.

The completion of the ExpressRail Port Jersey will add 250,000 lifts per year in rail capacity to the port, yielding a total port-wide capacity of 1,500,000 lifts per year.  With each rail lift displacing the need for 1.5 truck trips, the ExpressRail system is a key component to reducing truck congestion and emissions at the port.  At ExpressRail Port Jersey alone, emission reductions resulting from the switch from truck to rail transport, over the life of the intermodal facility, are expected to total 415 tons of nitrogen oxide and 108 tons of particulate matter. It also will eliminate 375,000 trucks from crowded highways annually and reduce carbon dioxide emissions by 18,300 tons annually.

In addition to containerized cargo, the port also reported a 14.3 percent increase in vehicles imported into the port’s public berths – from 505,151 handled in 2016 to 577,223 handled in 2017.  To attract new vehicle business to the port, the Port Authority has had a targeted incentive program in place since 2014 to attract new automobile manufacturers and provide incentives to existing ones to increase the port’s vehicle volumes.

There were 2,011 container vessel calls in 2017, down from 2,184 calls in 2016 and 2,251 in 2015.  The fewer vessel calls illustrate that much of the containerized cargo coming into the port is arriving in larger more environmentally friendly ships, a trend the port expects will continue now that the Bayonne Bridge has been raised.